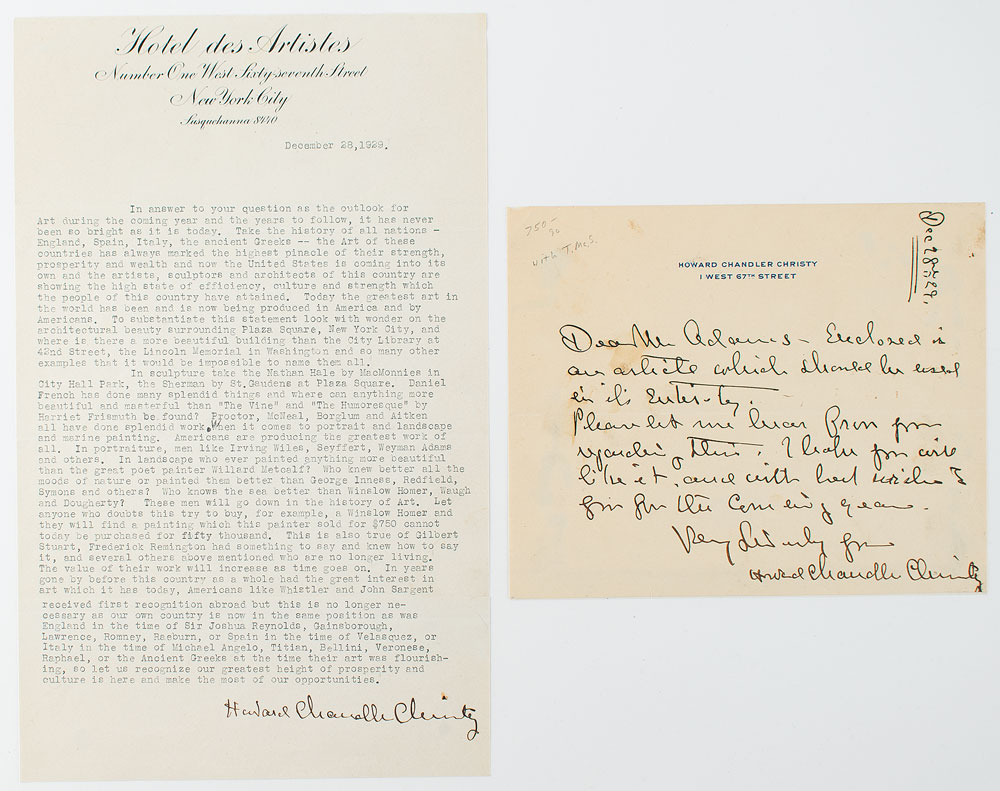 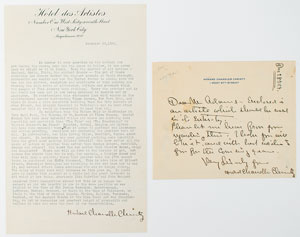 Two items: an ALS, one page, 7.75 x 6.25, personal letterhead, December 28, 1929, forwarding a typed statement to Mr. Adams, in part: "Enclosed is an article which should be used in its entirety….I hope you will like it, and with best to you for the coming year"; and the referenced statement, one page, 7.75 x 12.5, Hotel des Artistes letterhead, in part: "In answer to your question as the outlook for Art during the coming year and the years to follow, it has never been so bright as it is today. Take the history of all nations—England, Spain, Italy, the ancient Greeks—the Art of these countries has always marked the highest pinnacle of their strength, prosperity and wealth and now the United States is coming into its own and the artists, sculptors and architects of this country are showing the high state of efficiency, culture and strength which the people of this country have attained. Today the greatest art in the world has been and is now being produced in America and by Americans." Christy proceeds to support this claim by naming sculptors such as Frederick William MacMonnies, Augustus Saint-Gaudens, Daniel Chester French, Harriet Whitney Frishmuth, and Gutzon Borglum, and painters like Irving Ramsey Wiles, Wayman Elbridge Adams, Willard Metcalf, George Inness, and Winslow Homer. The statement is signed at the conclusion in fountain pen by Christy. In overall very good to fine condition, with staining and mounting residue on the shorter letter. Accompanied by a receipt from noted autograph expert Paul C. Richards.