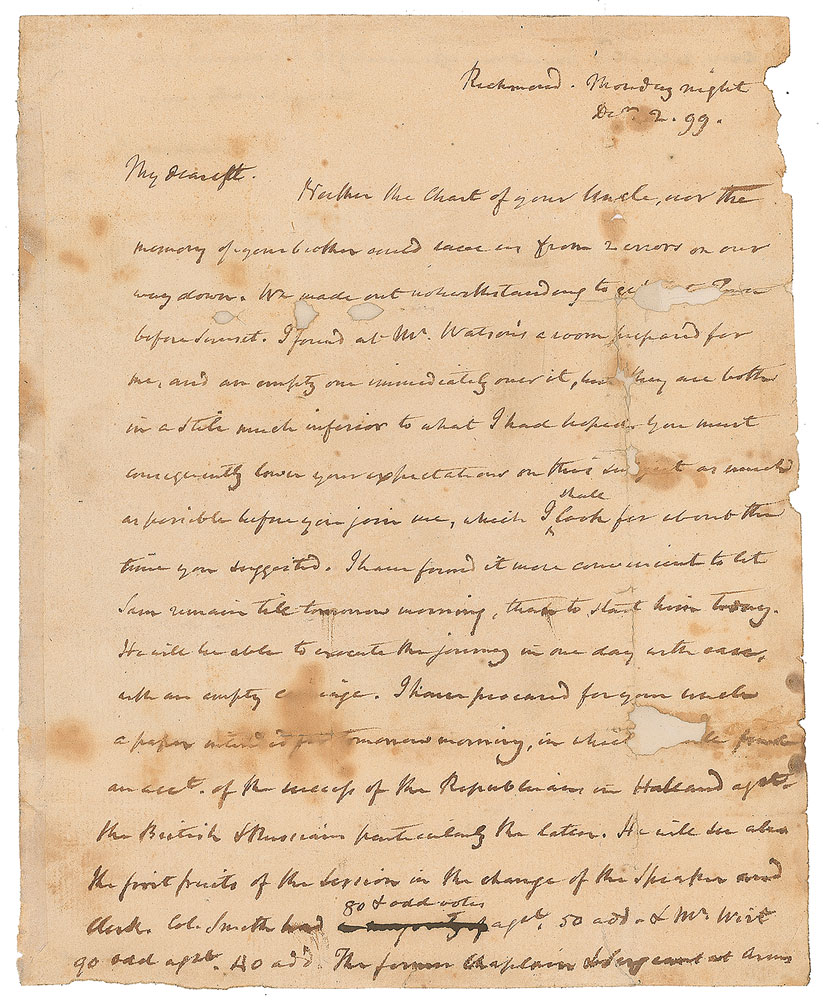 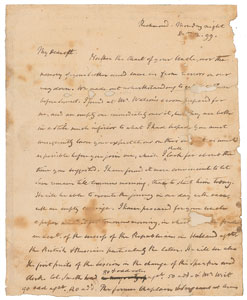 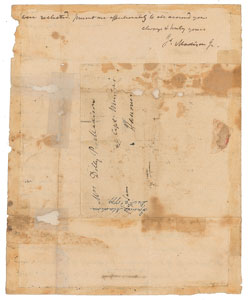 ALS signed “Js. Madison, Jr.,” one page both sides, 6.5 x 8, December 2, 1799. Significant letter to his wife, "Mrs. Dolly P. Madison" (interestingly, spelled differently from the usual 'Dolley'), referencing lodging and the session of the Virginia House of Delegates, noting the election of Larkin Smith as speaker and William Wirt as clerk. In part: "I found at Mr. Watson's a room prepared for me, and an empty one immediately over it, but they are both in a stile much inferior to what I had hoped. You must consequently lower your expectations on this su[b]ject as much as possible before you join me, which I shall look for about the time you suggested. I have found it more convenient to let Sam remain till tomorrow morning, than to start him today. He will be able to execute the journey in one day with ease, with an empty c[arr]iage. I have procured for your uncle a paper…in which…an acc't of the success of the Republicans in Holland ag'st the British & Russians particularly the latter. He will see also the first fruits of the Session in the charge of the Speaker and Clerk. Col. Smith had 80 & odd votes ag'st 50 odd & Mr. Wirt 90 odd ag'st 40 odd. The former Chaplain & Sergeant at Arms were reelected." The address leaf remains partially intact, accomplished in Madison's own hand. In good to very good condition, with staining, areas of paper loss, some tape reinforcements, and trimming to the integral address leaf. As a rare, early letter signed with his "Jr." suffix, sent to his wife, and touching upon both international affairs and local politics, this is an extraordinary piece.