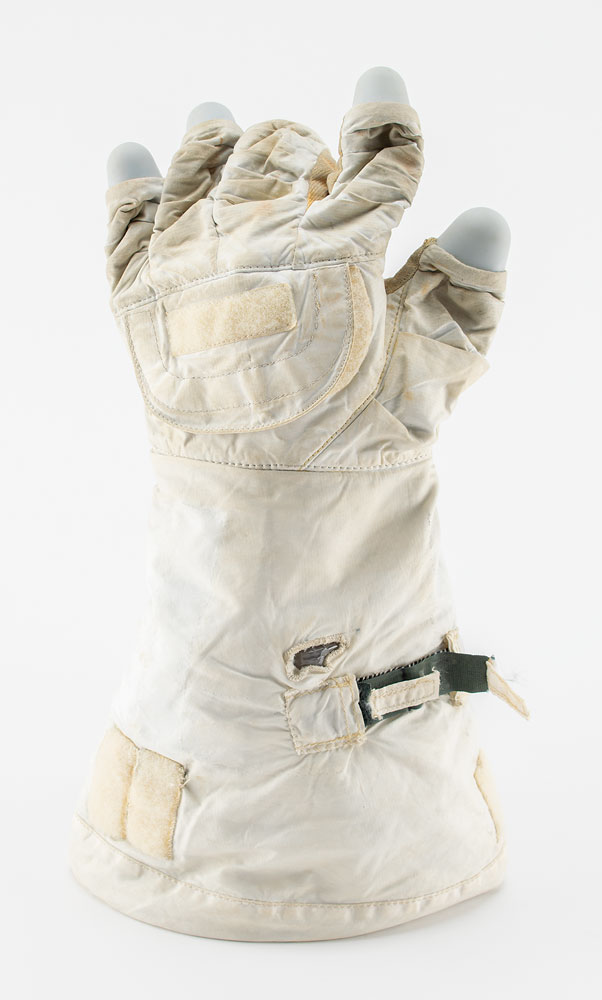 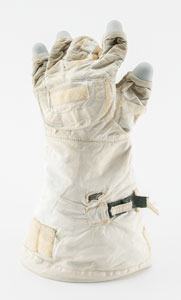 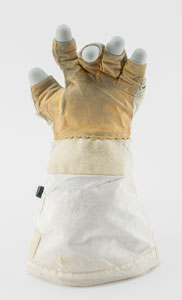 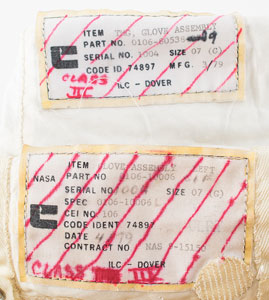 Early 1000 series Space Shuttle glove TMG (Thermal Micrometeoroid Garment), with two ILC-Dover tags on the interior, reading: "Item: TMG, Glove Assembly, Part No. 0106-80538-09, Serial No. 1007, Size 07 (G), Code ID 74897, MFG 3/79" and "Item: Glove Assembly, Left, Part No. 0106-10006, Serial No. 1004, Size 07 (G), Spec. 0106-10006L, CEI No. 106, Code Ident. 74897, Date 4/79, Contract No. NAS 9-15150." Both tags are struck through and annotated in red felt tip, "Class III." Exhibiting some wear and soiling to the exterior, this TMG appears to have been used and it is possible it has been flown although no documentation exists. The Space Shuttle gloves were often flown and downgraded to the Water Immersion Training facility where crews would practice underwater. It's likely that at a minimum, that is where this glove sustained the wear. The TMG is the outermost layer of the space suit glove and provides insulation, radiation shielding, and protection from micrometeorites that could otherwise puncture the suit. A desirable, early example of a Space Shuttle glove TMG.