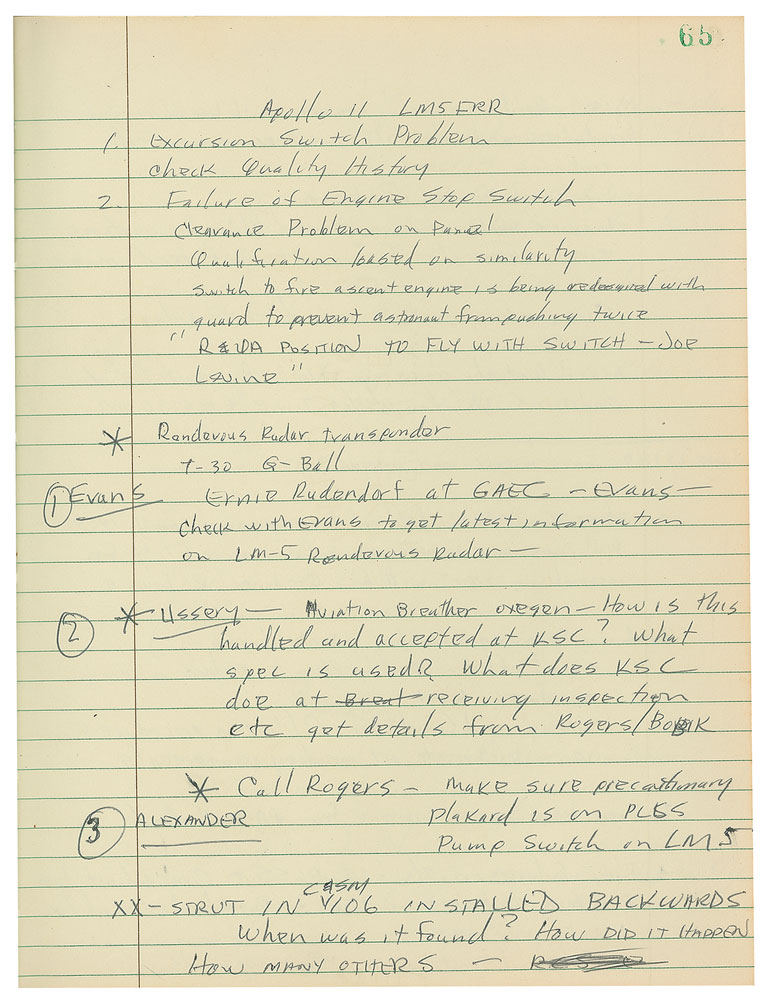 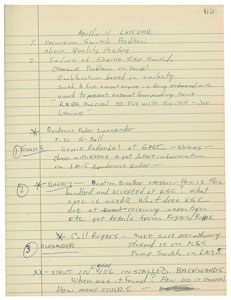 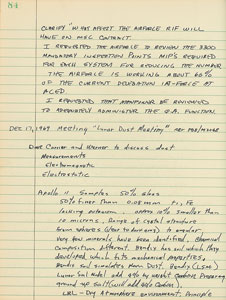 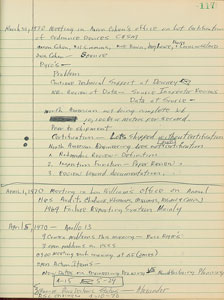 Fascinating work journal belonging to NASA engineer Jack H. Cohen of the Manned Spacecraft Center in Houston, Texas, 8 x 10.5, containing approximately 151 pages of handwritten entrees, penned in ink or felt tip, dating between August 19, 1968 and December 23, 1970. The first entry reads, in full: “This book was started to document significant activities as Chief of the Engineering Branch of the Quality Engineering Office at the Manned Spacecraft Center. These duties were assumed on August 12, 1968.” The timeframe of this journal covers from Apollo 7 to the leadup of the Apollo 14 mission, with Cohen’s entrees offering unique insight into interoffice planning, behavior, and communication, as well as to the various updates and developmental meetings of the lunar-landing program. A small selection of journal highlights: