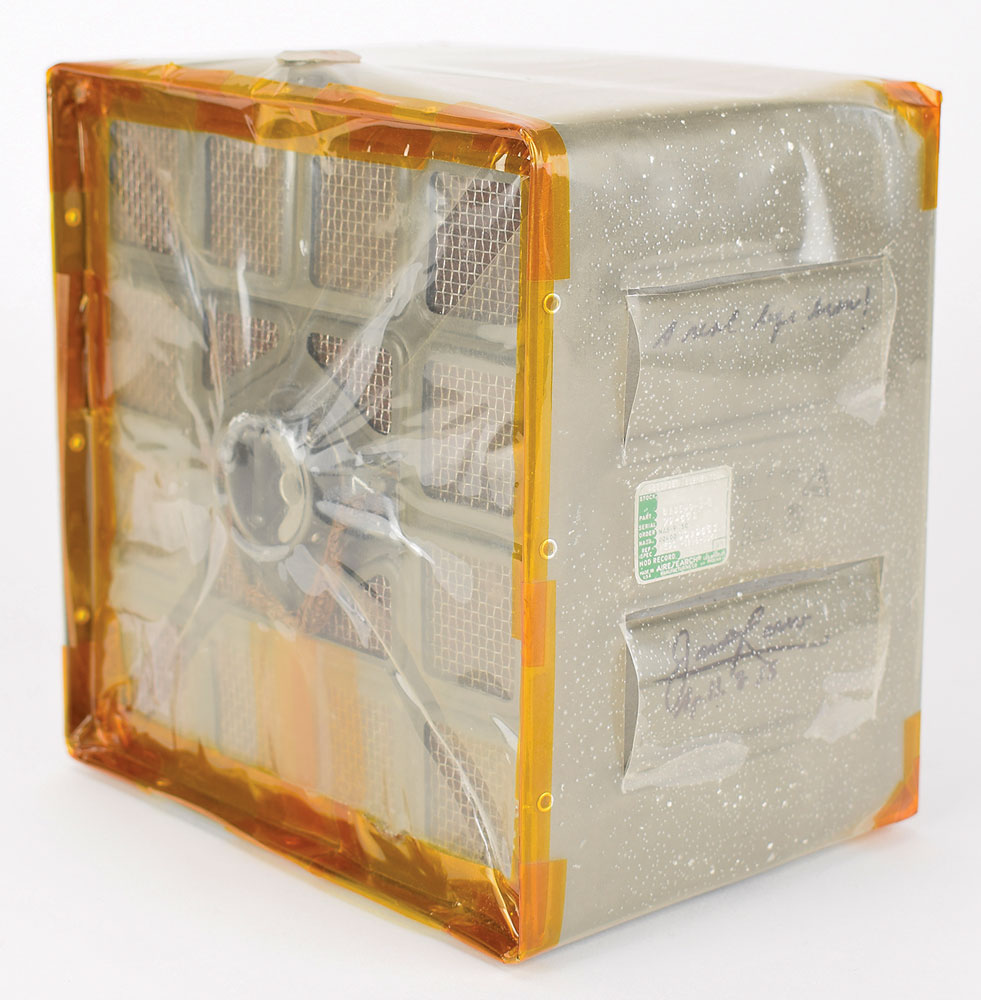 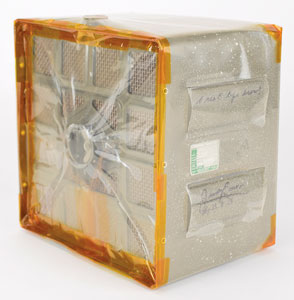 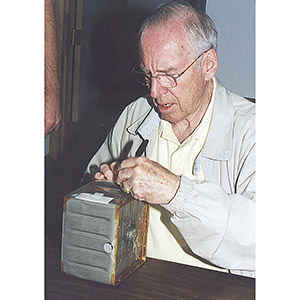 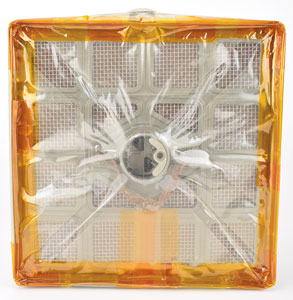 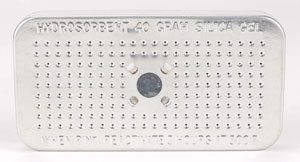 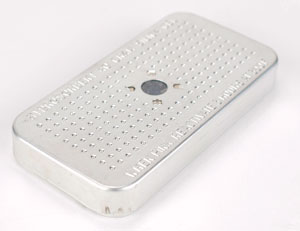 Apollo Command Module LiOH Canister, 7.25″ x 7.25″ x 5.25″, signed on the side in black felt tip, “A real life saver! James Lovell, Apollo 8, 13.” The same side also bears an affixed Airesearch label, which reads: “Absorber Element CO2, Part 813540-3-1, Serial 79-653, Order NAS-9-150, NASA 004000079653, Ref Spec ME901-0218-0061." The side is stamp-dated November 6, 1969. Housed in its original plastic packaging, with just two small flaps/slits cut on each side for Lovell to sign the actual artifact. In fine condition. Also known as a carbon dioxide absorber element, or scrubber, the lithium hydroxide canister was designed to maintain a pure-oxygen environment within the Apollo spacecraft; utilized as part of the Environmental Control Unit (ECU), two LiOH canisters were concurrently used, and alternately changed every 12 hours, to help absorb carbon dioxide. In fine condition.

This type of LiOH canister was made famous by the Apollo 13 mission, when the astronauts were forced to move into the Lunar Module Aquarius for the majority of the flight. Having exhausted the capacity of the LM LiOH canisters, the canisters of the Command Module Odyssey were required. However, when the crew discerned that the box-shaped CM canisters would not fit into the cylindrical-shaped LM openings, the engineers at Mission Control began brainstorming. In short time the team worked out a solution comprised of plastic bags, plastic-coated cue cards from a three-ring reference binder, hoses from the lunar spacesuits, and lots of gray duct tape. They then carefully radioed instructions to the astronauts in space, and after about an hour, the new device, although not very elegant, worked perfectly.