The opening of the 1791 United States Congress 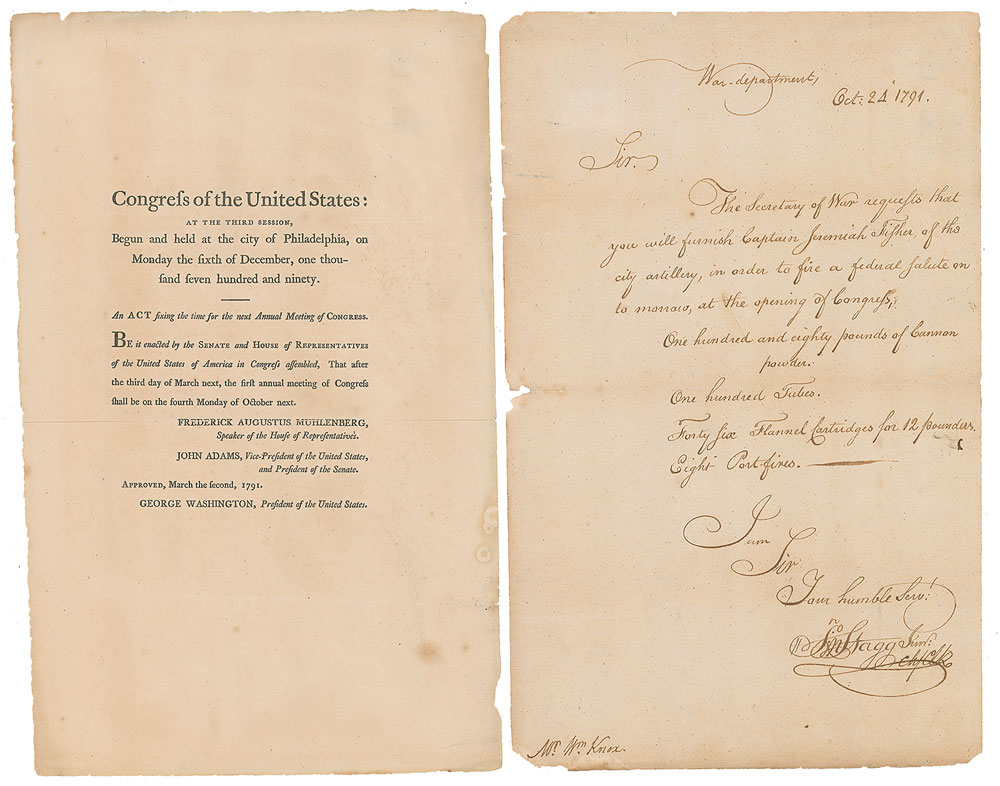 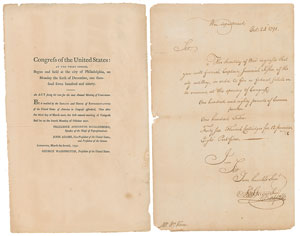 The opening of the 1791 United States Congress

Exceptional pairing of documents relating to the formal opening of the United States Congress in 1791. The first is a printed broadside, one page, 8 x 13.25, which reads, in full: "Congress of the United States: at the Third Session, Begun and held at the city of Philadelphia, on Monday the sixth of December, one thousand seven hundred and ninety. An Act fixing the time for the next Annual Meeting of Congress. Be it enacted by the Senate and House of Representatives of the United States of America in Congress assembled, That after the third day of March next, the first annual meeting of Congress shall be on the fourth Monday of October next." Signed in type at the conclusion by House Speaker Frederick Augustus Muhlenberg, Vice President John Adams, and President George Washington. The second item is an ALS signed by clerk of the War Department John Stagg, Jr., one page, 8 x 12.5, dated October 24, 1791. A letter to William Knox, in full: "The Secretary of War requests that you will furnish Captain Jeremiah Fisher of the city artillery, in order to fire a salute on tomorrow, at the opening of Congress: One hundred and eighty pounds of Cannon powder, One hundred Tubes, Forty six Flannel Cartridges for 12 pounders, Eight Port-fires." In overall very good to fine condition, with a few small stains, toning, and some minor edge loss.