General Washington resupplies his troops prior to the 1779 Sullivan Expedition: "I am sorry you have met with some disappointments, in respect to Ammunition" 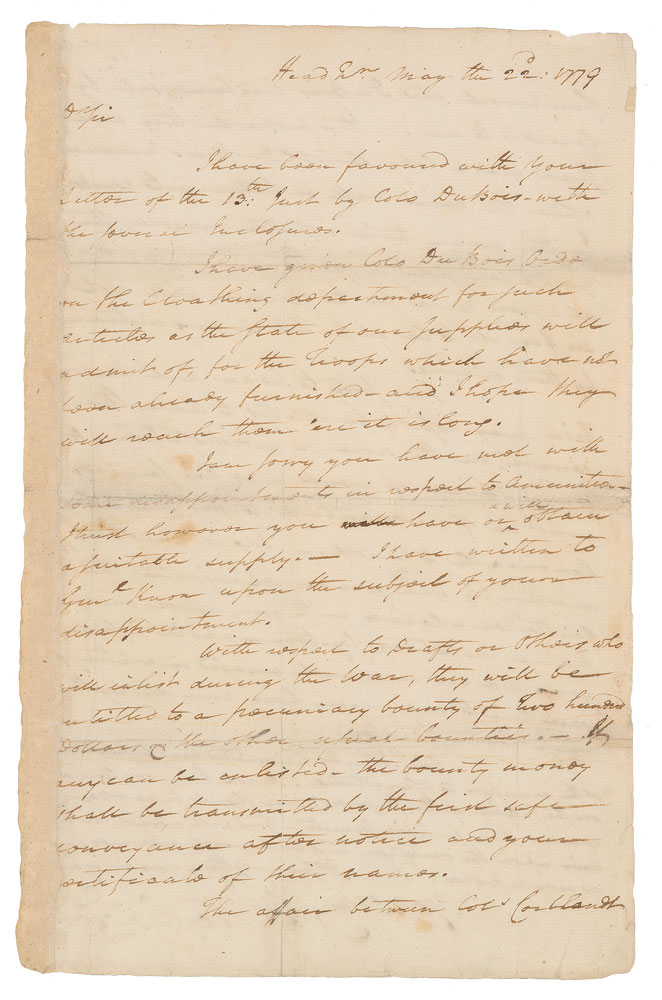 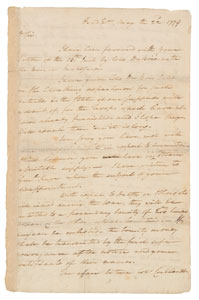 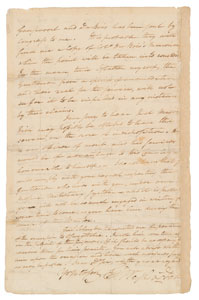 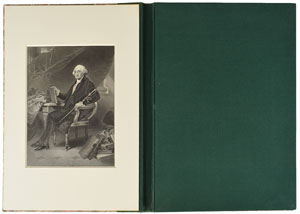 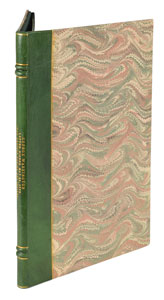 General Washington resupplies his troops prior to the 1779 Sullivan Expedition: "I am sorry you have met with some disappointments, in respect to Ammunition"

Revolutionary War-dated letter signed “Go: Washington,” one page both sides, 7.5 x 12.5, May 22, 1779. Letter to Brigadier General James Clinton, the body written in the hand of Washington’s military secretary Robert Hanson Harrison. In full: "I have been favoured with your letter of the 13th Inst. by Colo. [Lewis] DuBois with the several inclosures. I have given Colo. DuBois Ords. on the Cloathing department for such articles as the state of our Supplies will admit of, for the Troops which have not been already furnished, and I hope they will reach them, ere it is long.

I am sorry you have met with some disappointments, in respect to Ammunition—I trust however you have or will obtain a suitable supply. I have written to Gen'l [Henry] Knox upon the subject of your disappointment.

With respect to Drafts or Others who will inlist during the War, they will be entitled to a pecuniary bounty of Two hundred Dollars and the other usual bounties. If any can be enlisted, the bounty money shall be transmitted by the first safe conveyance after notice and your certificate of their names. The affair between Colo. [Philip Van] Cortlandt and [Peter] Gansevoort and DuBois has been sent by Congress to me. It is probable they will send a copy of Colo. DuBois's Memorial, when the point will be considered. In mean time I flatter myself, the Gentlemen from a spirit of accommodation and their zeal for the service, will not suffer it to be impeded in any instance by their claims.

I am sorry to hear Major [Nicholas] Fish may possibly be obliged to leave the service, on the score of indisposition. He is an Officer of merit and his services would be of advantage to his Country, and honourable to himself. I do not know I could comply with your request respecting the Gentleman who lives with you, under our present Military System—and it is probable you will not be so much engaged in writing for some time to come, as you have been during the course of the Winter.

General [Philip] Schuyler transmitted me the particulars of the Excursion to Oswegatchie. I wrote him some time ago on the subject of the prisoners. If it should be necessary to remove them for their security—you will advise with him upon the occasion, and have such measures pursued as may be proper." In fine condition, with an old mounting strip along the edge, impinging on the ends of some of the sentences. Accompanied by a beautiful custom-made presentation folder with a quarter leather binding.

In this remarkable letter, Washington writes about resupplying his troops in response to recurring Indian raids on the northern frontier. This was part of the buildup for the ‘Sullivan Expedition,’ led by Major General John Sullivan against a combined force of Indians and Tories throughout the summer of 1779. Two days later, on May 24th, Washington formally placed the recipient of this letter, Brigadier General James Clinton, under Sullivan’s command. Their famous campaign against the Iroquois Confederacy (also known as the ‘Sullivan-Clinton Expedition’) began shortly thereafter, with a goal of ‘taking the war home to the enemy to break their morale.’ Only one major battle was fought during the expedition, at Newtown on August 29, 1779—it was an American victory, and the campaign succeeded in its scorched-earth disruption of the Iroquois. A superb letter by Washington as he oversees the logistical organization of the upcoming campaign.