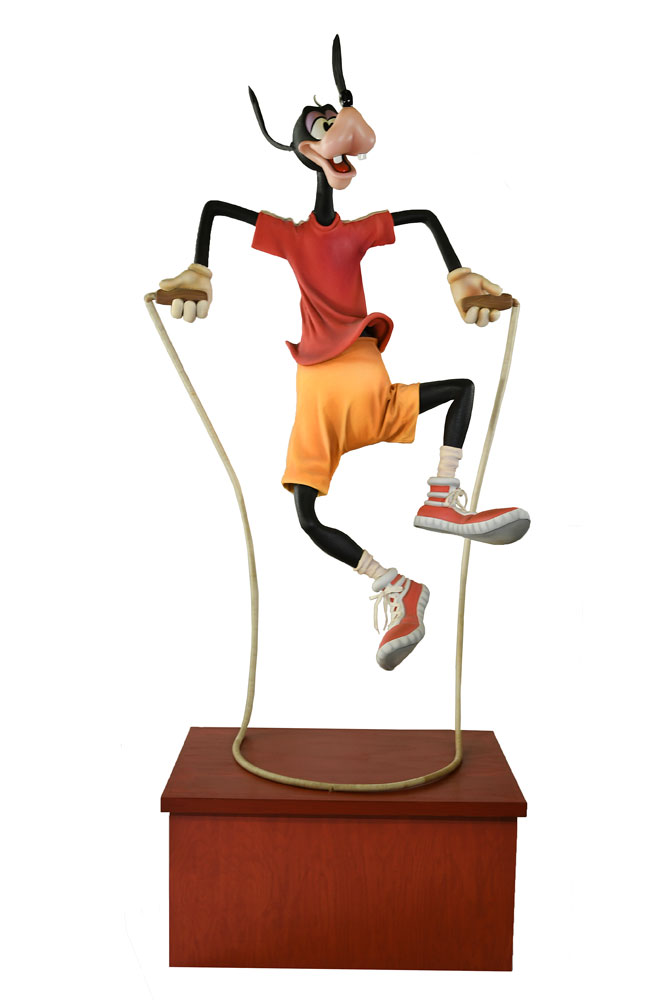 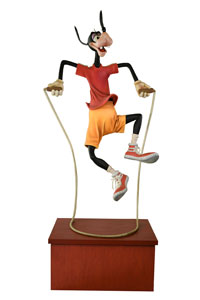 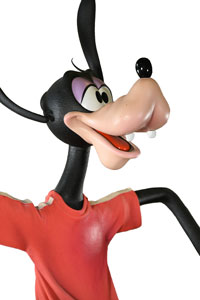 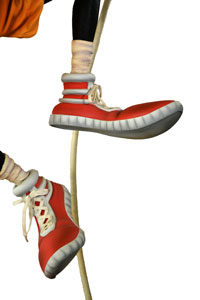 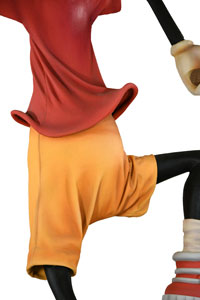 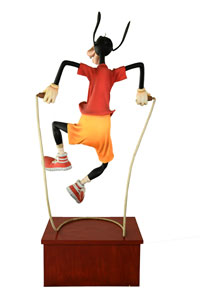 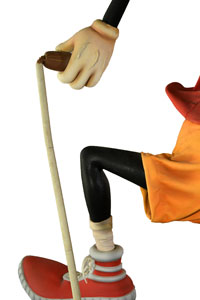 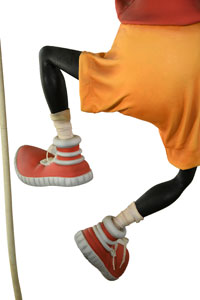 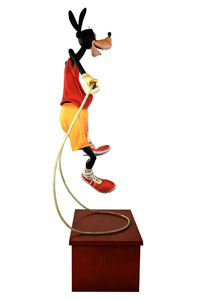 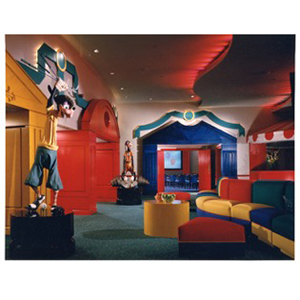 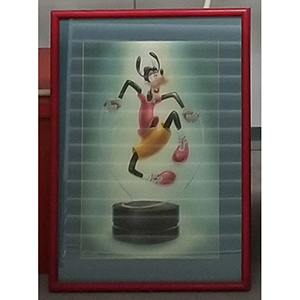 Wonderful life-sized statue of Goofy jumping rope originally displayed in MetLife's 'Wonders of Life' pavilion at Walt Disney World's Epcot in Florida from 1989 to 2001. The statue shows Goofy gleefully jumping rope with his ears swinging over his head, dressed in traditional gym clothes: a red shirt, orange shorts, and red sneakers. Overall dimensions (including the rectangular base) are 36″ wide, 85″ tall, and 32″ deep; the base itself measures 36″ x 18″ x 24″, and the piece weighs approximately 40 lbs. In fine condition. Includes the original framed concept drawing. The statue will be crated and shipped from Florida; the buyer is responsible for all associated costs.

Disney’s 'Wonders of Life' pavilion, presented by MetLife, officially opened in Epcot, Walt Disney World, on October 19, 1989. The pavilion’s theme was Life and Health. As part of the 12-year sponsorship contract, MetLife designed a three-story VIP Center to welcome customers, employees with their families, and a lot of VIP visitors. During the design process for the VIP Center, it was decided to commission Walt Disney Imagineering to produce three life-like Goofy statues as decor for the main VIP meeting and dining areas—after all, Goofy was the first Disney character with his own show within Epcot, the multimedia presentation 'Goofy About Health.'

The first process of the design involved concept sketches and a presentation led by Imagineer Marty Sklar (WDI) to the CEO of MetLife. Three concepts were approved for production: Goofy playing golf, Goofy jumping rope, and Goofy lifting weights. By opening day, the three Goofy statues had been installed—at a cost of of $10,000 each to MetLife—and were ready for visitors. The first to be hosted by the MetLife CEO at the VIP Center were Disney CEO Michael Eisner and Disney President Frank Wells.

In June of 2001, MetLife ended its contract with Disney and removed equipment and artwork out of the VIP Center. The Goofy statues have been in two private collections until recently, when they were reunited.