George Washington's birthday feast plate, presented to Andrew Jackson: "Any thing which has been his property, & used by so great, virtuous, & good man, who achieved so much for his country, is esteemed by me" 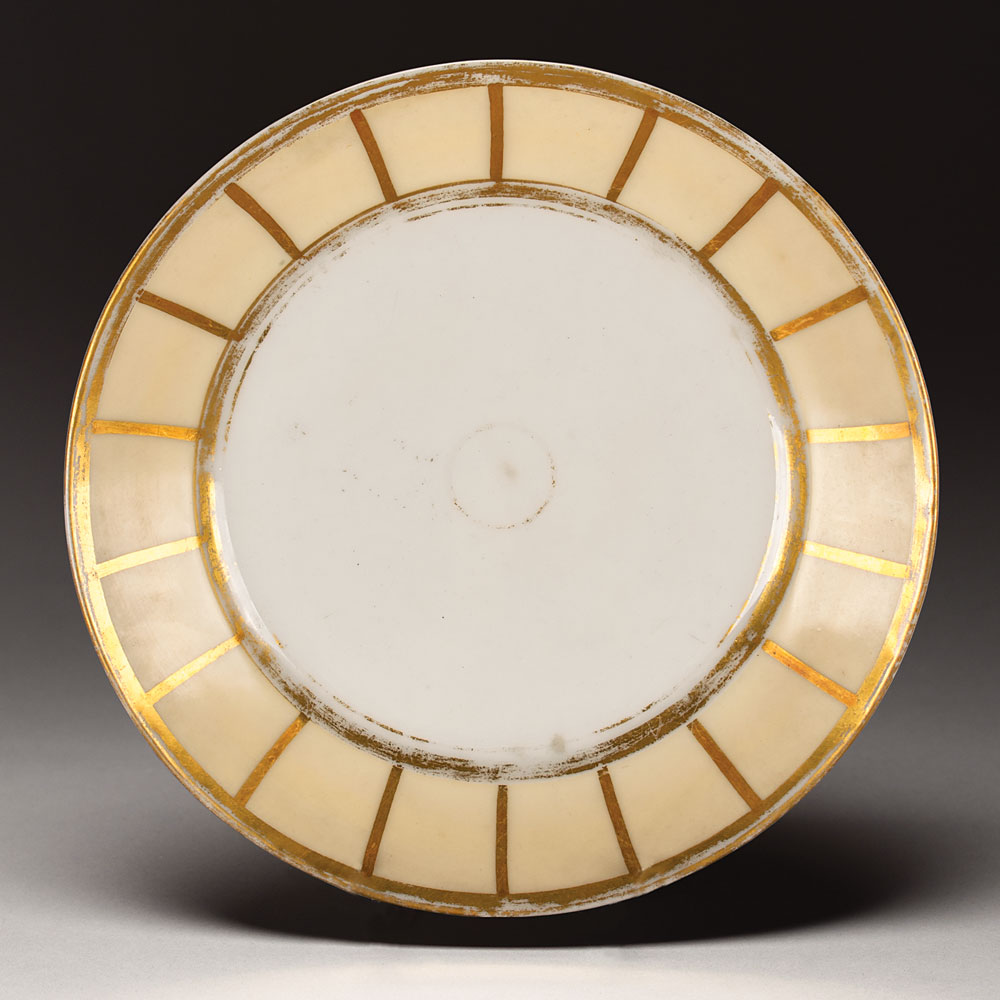 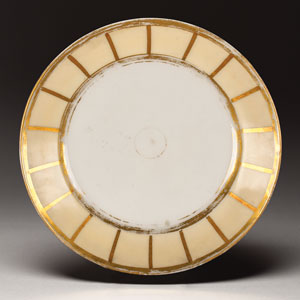 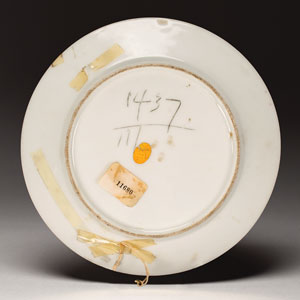 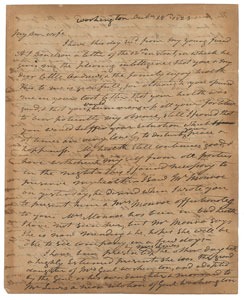 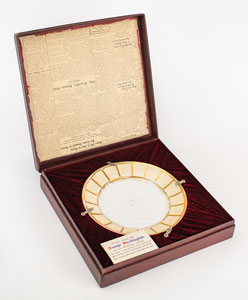 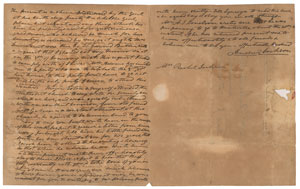 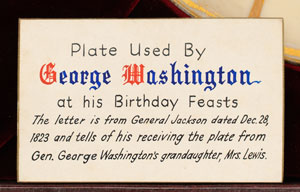 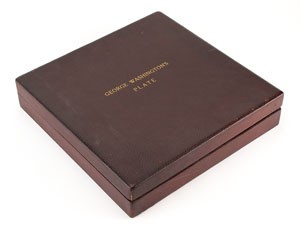 George Washington's birthday feast plate, presented to Andrew Jackson: "Any thing which has been his property, & used by so great, virtuous, & good man, who achieved so much for his country, is esteemed by me"

The ALS is signed "Andrew Jackson," three pages on two adjoining sheets, 8 x 9.75, December 28, 1823, to his "Dear Wife," Mrs. Rachel Jackson, written from Washington eight months into his second term as senator from Tennessee. After opening with wishes for his family's good health and describing a brief encounter with President James Monroe, he discusses the gift: "I have been presented by Mrs. Lewis the other day with a highly esteemed present. She was the grand daughter of Mrs. Genl. Washington, and adopted by the Genl. as his own daughter & married to Mr. Lewis a near relation of Genl. Washington. The present is a china plate used by the Genl. at his birth day feasts, it is like the Genl., plain, but elegant, and any thing which has been his property, & used by so great, virtuous, & good man, who achieved so much for his country, is esteemed by me, as it ought. Mrs. Lewis sent me this by Lt. Edward Butler with a request that I should eat my dinner on it on the 8th of January next. This request I intend to comply with if I live. Mrs. Adams has invited me to a party who are to celebrate the 8th of January at her house, to this party I will have to go, & it will be the only party I mean to attend this winter." In closing, he mentions attending a Methodist church and directs his two adopted sons—Andrew, Jr., and Lyncoya—to attend to their studies. Addressed on the integral leaf in Jackson's hand to "Mrs. Rachel Jackson, near Nashville, Tennessee," and franked above, "Free, Andrew Jackson." The plate shows obvious signs of use and wear, and rubbing to the gold accents; the fragile Jackson letter is in very good condition, with overall toning and staining, and seal-related paper loss to the integral address leaf.