Rare letter by the founder of the Nobel Prize 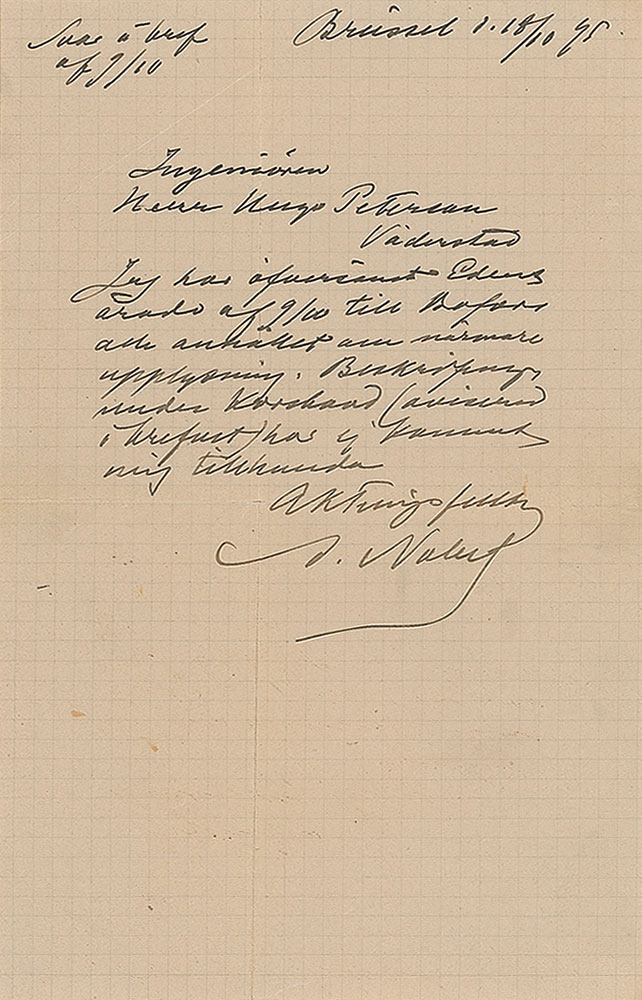 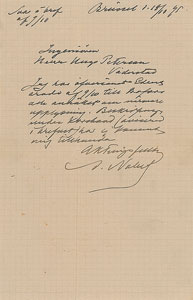 Rare letter by the founder of the Nobel Prize

Swedish chemist, engineer, inventor, businessman, and philanthropist (1833-1896) known for inventing dynamite and for bequeathing his fortune for the establishment of the Nobel Prize. Extremely rare ALS in Swedish, signed “A. Nobel,” one page, 5.25 x 8.25, October 18, 1895. Letter to an engineer, in part (translated): "I have forwarded your case on 9/10 to Bofors and requested further information. The description sent separately as printed matter (announced in the letter) has not reached me." In fine condition, with extremely well-done professional repairs to split folds.

In 1888, Swedish chemist Alfred Nobel—famed as the inventor of dynamite—was shocked to read his own obituary in a French newspaper: 'The Merchant of Death is Dead,' the headline read, ‘Dr. Alfred Nobel, who became rich by finding ways to kill more people faster than ever before, died yesterday.’ It was a case of mistaken identity, his brother Ludvig having actually passed. Given this rare opportunity to witness the way he would be remembered, Nobel resolved to change his legacy. He secretly rewrote his will, directing his fortune toward the establishment of annual prizes to be granted to ‘those who, during the preceding year, have conferred the greatest benefit to humankind’ in the realms of physics, chemistry, physiology or medicine, literature, and peace. He directed that the prizes for physics and chemistry be awarded by the Swedish Academy of Sciences, and expressly wished for there to be ‘no consideration be given to nationality, but that the prize be awarded to the worthiest person.’ Alfred Nobel succeeded in redefining his legacy—today, the Nobel Prize is recognized around the world as one of humanity’s highest honors.