Studio-used 'Lucille' from 2005's Grammy winner, signed by B. B. King and collaborating legends 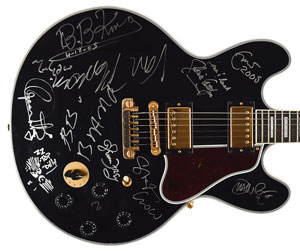 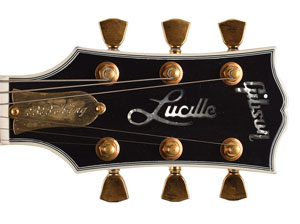 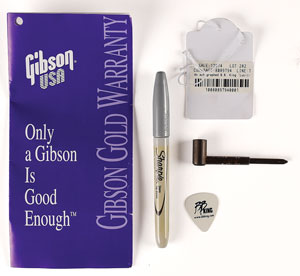 Studio-used 'Lucille' from 2005's Grammy winner, signed by B. B. King and collaborating legends

Released in 2005 to celebrate music legend B. B. King's 80th birthday, 'B.B. King & Friends: 80' features a series of duets of classic blues tunes with the signatories on this guitar. Using this guitar during his session with Dire Straits frontman Mark Knopfler, King recorded a rendition of Carl B. Adams's 'All Over Again.' The album hit number one on the blues charts and rose to #45 on the mainstream Billboard 200, then took home the Grammy Award for 'Best Traditional Blues Album.' A truly remarkable studio-used, multi-signed example of King's iconic 'Lucille.'