Jefferson on the study of political economy: "The rising generation will, I hope, be qualified to act on it understandingly, and to correct the errors of their predecessors" 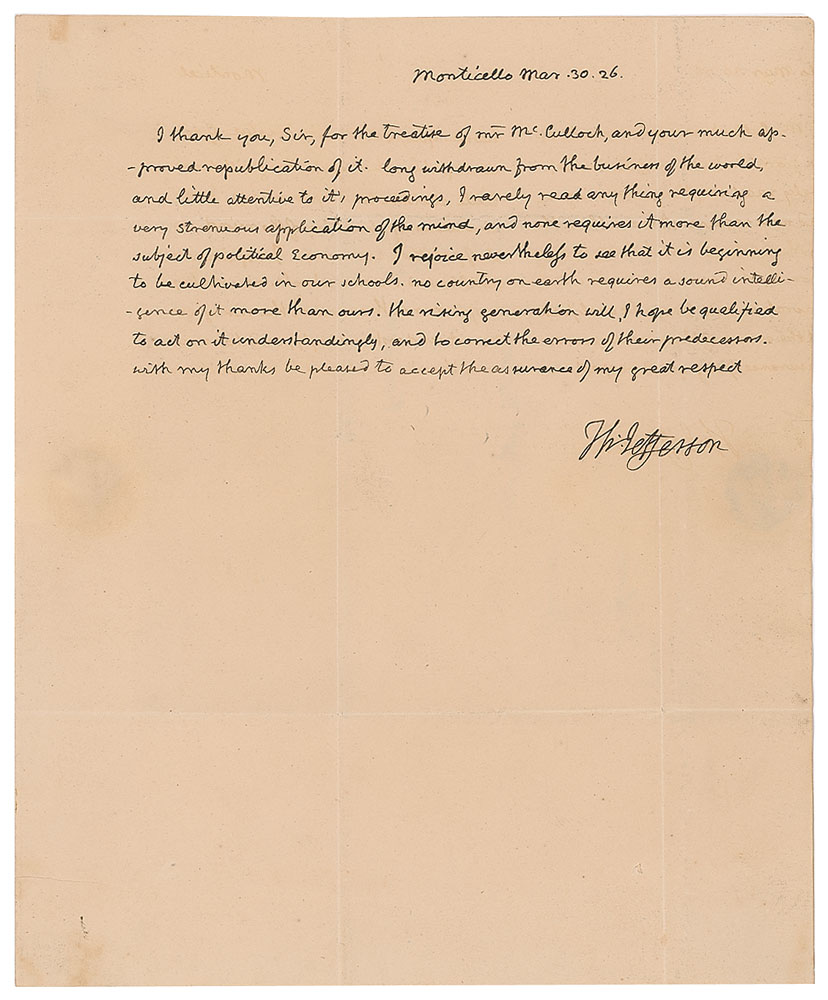 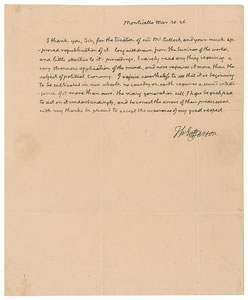 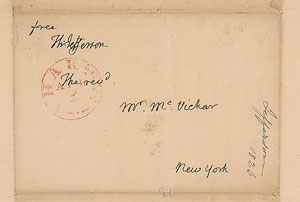 Jefferson on the study of political economy: "The rising generation will, I hope, be qualified to act on it understandingly, and to correct the errors of their predecessors"

ALS signed “Th: Jefferson,” one page, 7.75 x 9.5, March 30, 1826. Letter to the Reverend John McVickar, the first Professor of Moral Philosophy and Political Economy at Columbia University, written from Monticello. In full: "I thank you, Sir, for the treatise of Mr. McCulloch, and your much approved republication of it. Long withdrawn from the business of the world and little attentive to its proceedings, I rarely read anything requiring a very strenuous application of the mind, and none requires it more than the subject of political Economy. I rejoice nevertheless to see that it is beginning to be cultivated in our schools. No country on earth requires a sound intelligence of it more than ours. The rising generation will, I hope, be qualified to act on it understandingly, and to correct the errors of their predecessors. With my thanks be pleased to accept the assurances of my great respect." Addressed on the reverse in Jefferson's hand, "The rev'd Mr. McVickar, New York," and franked in the upper left, "free, Th: Jefferson." In fine condition.

McVickar was at work on an annotated edition of John Ramsay McCulloch’s 'Outlines of Political Economy,' which was to serve as a fundamental economics text for students at the nation's top universities. He sent Jefferson a copy of the book on March 12, 1826, observing that he planned to add references to Jefferson’s own writings on political economy. Jefferson held an enduring interest in bettering the nation's educational system—after retiring from the presidency, he founded the University of Virginia. He also recognized the importance of the dissemination of knowledge through books—his personal library formed the basis of the collection of the Library of Congress. He therefore welcomed McVickar's republication of McCulloch’s lectures as a valuable contribution to American academia, and hoped that it would help guide future generations toward a more perfect political economy.