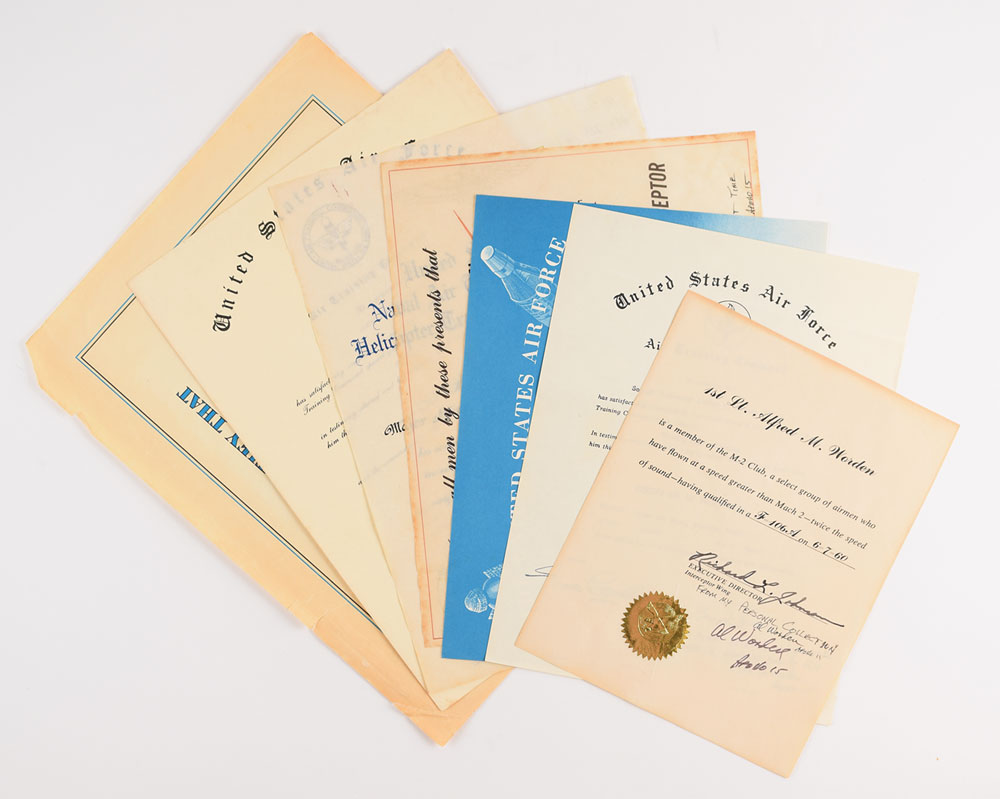 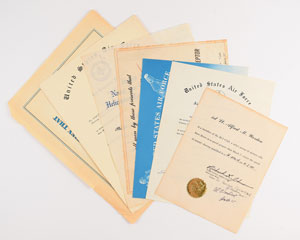 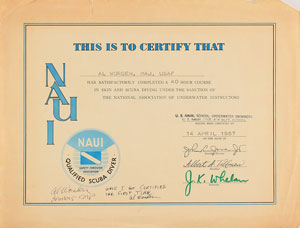 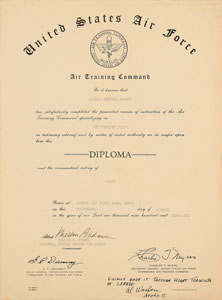 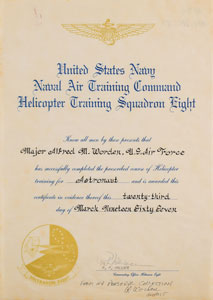 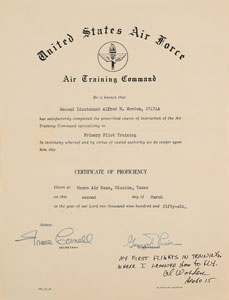 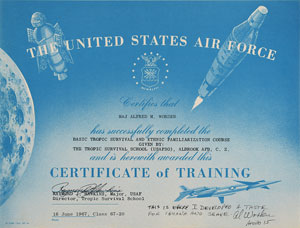 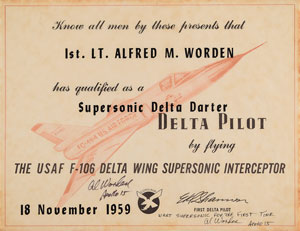 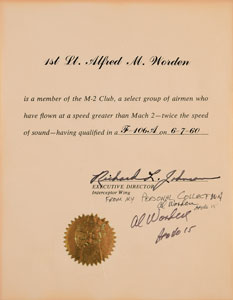 Unprecedented collection of seven military and training certificates awarded to veteran Apollo astronaut Al Worden, each one page, ranging in size from 7 x 9 to 10 x 13, dated between 1956 and 1967, each signed in black ink or felt tip, "Al Worden, Apollo 15," who adds short lines to each document. The group includes: a Certificate of Proficiency in "Primary Pilot Training" from the United States Air Force, Air Training Command, dated March 2, 1956 ("My first flights in training, where I learned how to fly"); a “Jet Fighter Pilot” diploma from the United States Air Force, Air Training Command, dated August 14, 1956 (“Finally made it through flight training at Laredo”); a Convair certificate qualifying Worden as a “Supersonic Delta Darter Delta Pilot,” dated November 18, 1959, signed twice by Worden, who adds: “Went supersonic for the first time”; a certificate affirming Worden’s membership in “the M-2 Club, a select group of airmen who have flown at a speed greater than Mach-2—twice the speed of sound,” signed twice by Worden, who adds: “From my personal collection”; a certificate from the United States Navy, Naval Air Training Command, Helicopter Training Squadron Eight, stating that Worden “completed the prescribed course of Helicopter training for Astronaut,” dated March 23, 1967 (“From my personal collection”); a National Association of Underwater Instructors certificate affirming that Worden has completed a “40 Hour Course in Skin and Scuba Diving,” dated April 14, 1967, signed twice by Worden, who adds: “When I got certified the first time”; and a Certificate of Training from the United States Air Force affirming that Worden has completed the “Basic Tropical Survival and Ethnic Familiarization Course, dated June 16, 1967 (“This is where I developed a taste for iguana and snake”). In overall very good to fine condition, with some edge tears to the NAUI certificate. A fascinating and wholly unusual ‘paper trail’ of the various skill sets and requirements needed to become an Apollo astronaut.