Thousands of photographs documenting the construction of the Command Module and more! 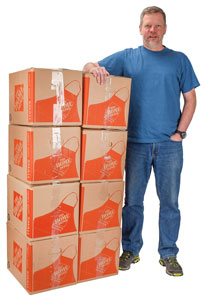 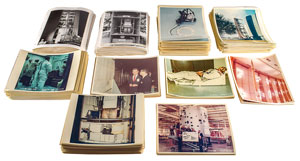 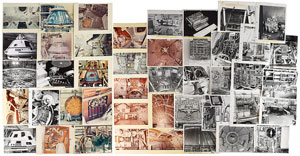 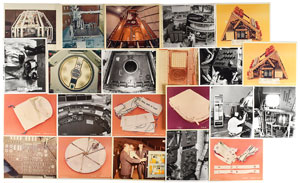 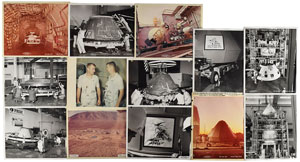 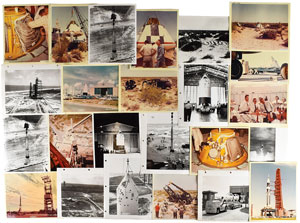 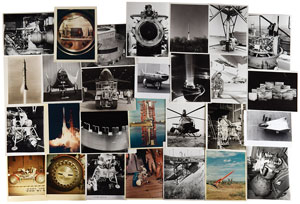 Thousands of photographs documenting the construction of the Command Module and more!

Immense archive of nearly 10,000 extremely rare vintage NASA, Jet Propulsion Laboratory (JPL), and North American Aviation/North American Rockwell (Downey) photographs documenting the complex production processes of the Apollo command and service module over the program’s first five manned missions. The content of this photographic archive offers a comprehensive, fly-on-the-wall glimpse at the inner-workings of NASA and its prime contractors during the 1960s and early 1970s, the organization’s most trying, influential, and productive period. A visual history of how Apollo gear and spacecraft for missions 1, 7, 8, 9, and 10 were designed, tested, and ultimately greenlit for flight, this unprecedented collection places unique focus on the associated and futuristic flight hardware, while conversely revealing the great many individuals involved with such a Herculean task of bringing man to the lunar surface. Many of the photographs are unique and have not previously appeared or been available in the public domain.

The photos, glossy and silver gelatin, ranging in size from 8 x 10 to 8.5 x 11, are respectively marked on the front with a “North American Aviation Photographic Department” box, or on the reverse with a “TRW Photographic Services” stamp, with the reverse of many bearing “A Kodak Paper” or “This Paper Manufactured by Kodak” watermarks. Additionally, numerous photos feature valuable information captions affixed to either the reverse or to a front border, with some bearing punch holes from filing, and a small selection of photos stapled together.

Subjects include, but are not limited to the following: astronauts, personnel, launch complexes, and office and training buildings; satellite and helical antennae; splashdown and recovery; numerous stills of equipment, models, experimental aircraft, and hardware; the lunar rover; various of images of rocket launches and the Earth from space; and function and fitting tests for the A7L pressure garment assembly. Subject matter aside, a large segment of these photographs are brilliantly captured and very aesthetically pleasing to the artistic eye.

A portion of the archive is dedicated to the ‘boilerplate’ command module, which was constructed to undergo various tests and to serve as training vehicles for astronauts and other mission crew members; captions for these photos include (some duplicates):

“Apollo Boilerplate #12 A C/M Egress Hatch, This B/P Is Being Refurbished for Future Drop Tests.”

The archive includes several photos related to the Apollo ‘J’ missions, with particular focus on hardware and equipment. Caption examples are as follows:

In overall very good to fine condition, with scattered wear that includes creases, edge dings, staple and puncture holes, and waving to some photos; given the sheer number of photos present, the majority of these photographs are in ideal, clean condition.