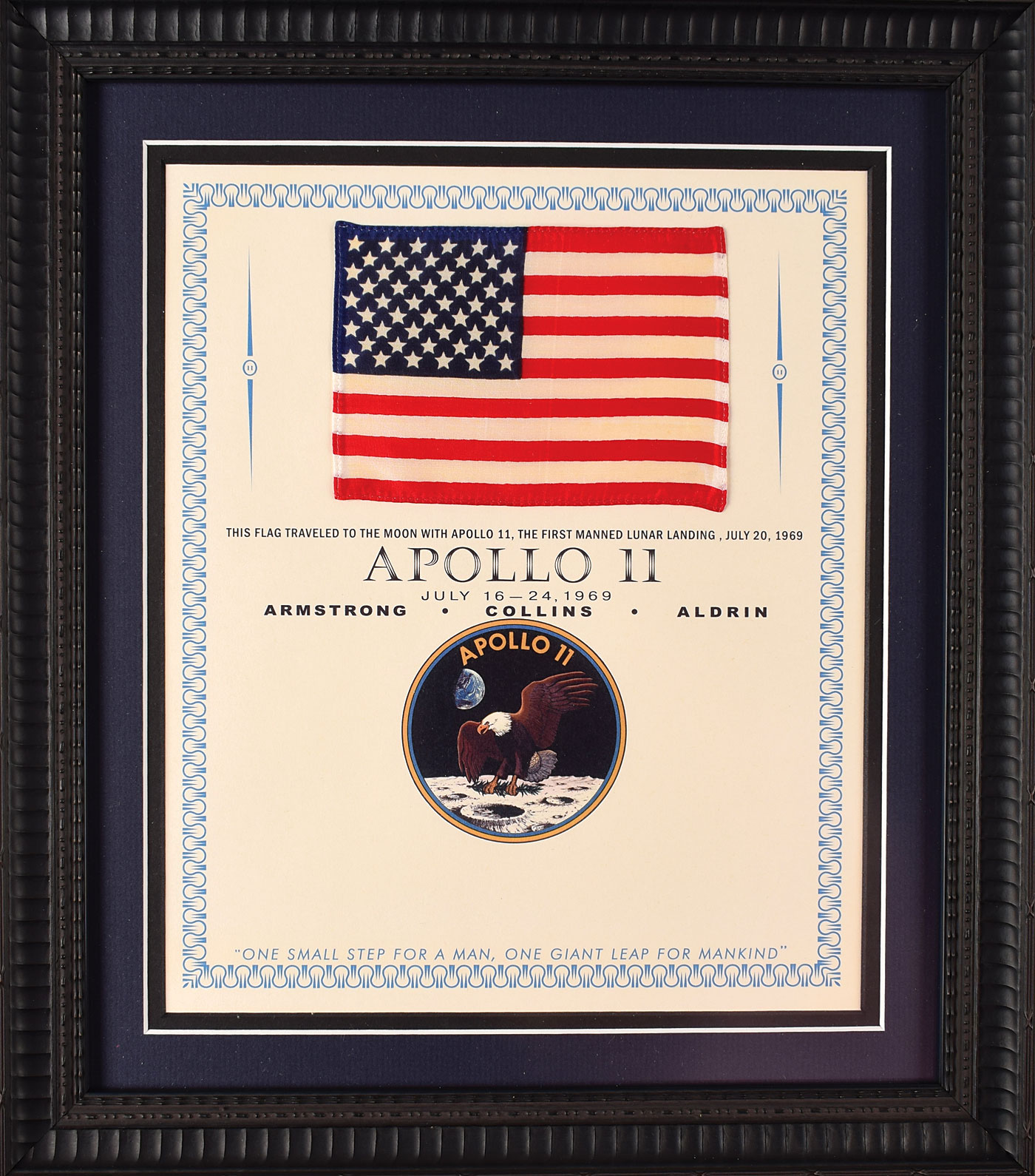 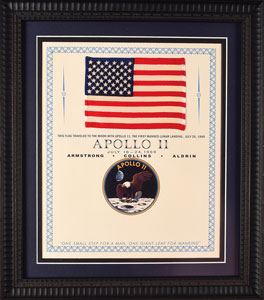 Buzz Aldrin's flown American flag carried on the Apollo 11 mission, 5.5 x 4, affixed to its original 9.75 x 11.75 certificate, which features the Apollo 11 mission insignia and reads: "This flag traveled to the moon with Apollo 11, the first manned lunar landing, July 20, 1969, Apollo 11, July 16-24, 1969, Armstrong - Collins - Aldrin." Armstrong's iconic words are also printed along the bottom: "One small step for a man, one giant leap for mankind." Nicely double-matted and framed to an overall size of 14.5 x 16.5. In fine condition. Accompanied by a letter of provenance from Aldrin's stepson, which reads in part: "This letter will serve as my statement that this U.S. flown flag was indeed flown to the moon aboard Apollo 11 by my stepfather, Col. Edwin E. (Buzz) Aldrin, Jr. During the time I resided with Buzz, my stepfather, he gave me a number of space memorabilia items from his personal collection. He also gave a number of items to my grandmother, Ada Handelsman, and to my mother, Beverly, including flown items. My grandmother gave her collection to me prior to her passing in 1990, and my Mom left me much of her collection when she passed away…I have direct knowledge of this [flag] because Buzz told me the flag was flown to the moon with him on Apollo 11." Flown American flags from the first moon-landing mission stand out as some of the most sought-after space collectibles, with this example, deriving from the personal collection of history's second moonwalker, all the more desirable and rare.