Verne's timeless From the Earth to the Moon, signed by 11 Apollo astronauts 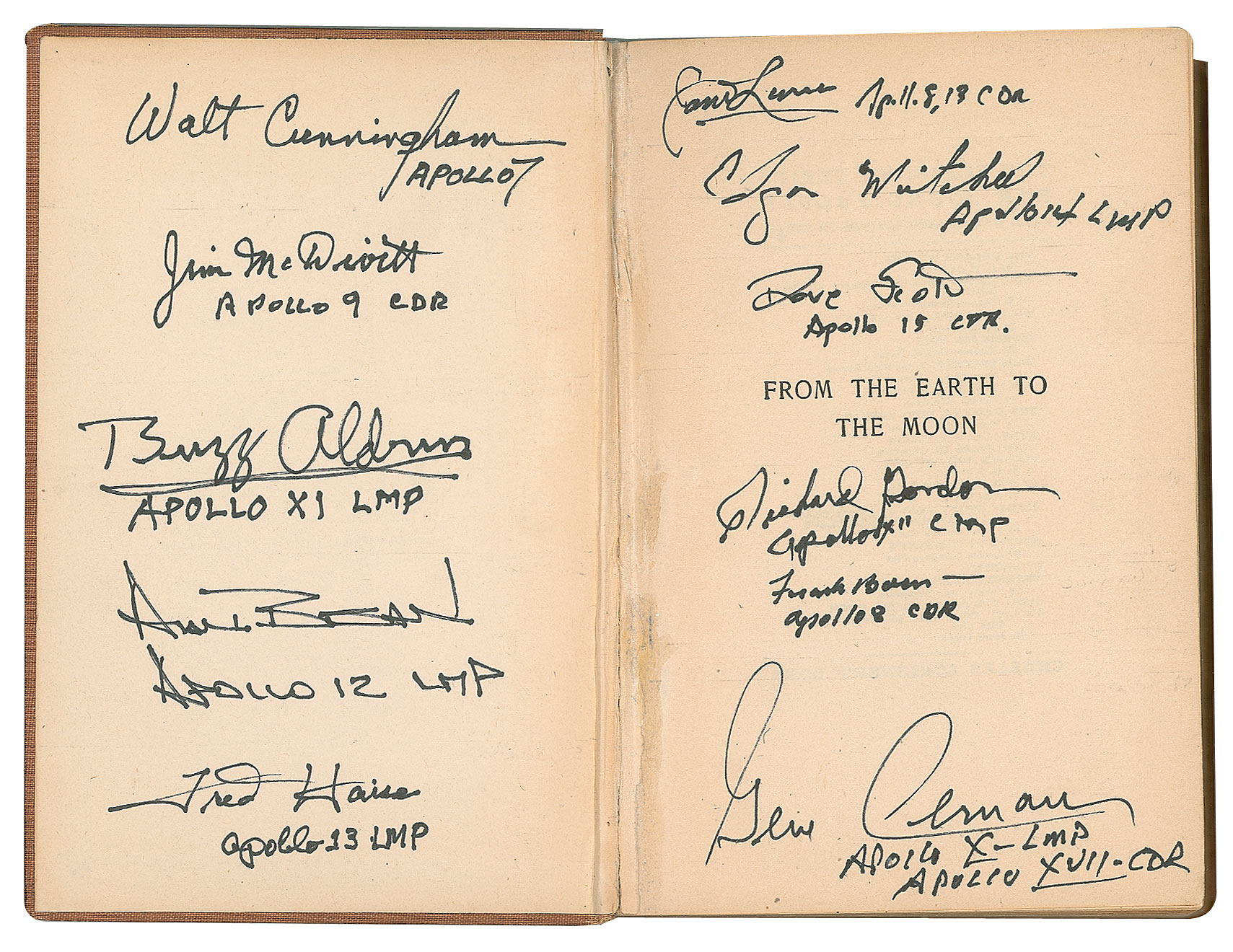 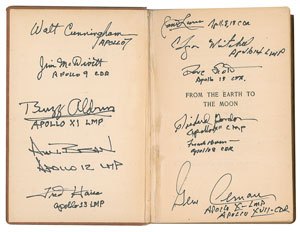 Verne's timeless From the Earth to the Moon, signed by 11 Apollo astronauts

Signed book: From the Earth to the Moon by Jules Verne. Illustrated edition. NY: Charles Scribner's Sons, 1918. Hardcover, 5.25 x 7.75, 323 pages. Signed on the front pastedown and adjacent half-title page in bold black ink by 11 Apollo astronauts: "Walt Cunningham, Apollo 7," "Jim McDivitt, Apollo 9 CDR," "Buzz Aldrin, Apollo XI LMP," "Alan Bean, Apollo 12 LMP," "Fred Haise, Apollo 13 LMP," "James Lovell, Apollo 8, 13 CDR," "Edgar Mitchell, Apollo 14 LMP," "Dave Scott, Apollo 15 CDR," "Richard Gordon, Apollo XII CMP," "Frank Borman, Apollo 8 CDR," and "Gene Cernan, Apollo X-LMP, Apollo XVII-CDR." In very good to fine condition, with wear and soiling to the covers, and some repairs to the front inner hinge; the two signed pages are clean and fine. Interestingly, there were several similarities between Verne’s novel and the eventuality of the Apollo program, including: the US being the first to launch a manned spacecraft to circumnavigate the moon; the rejection of Brownsville, Texas as a launch site, and the subsequent choosing of Florida; Apollo 8 being launched in the month of December and splash down and recovery in the Pacific; and the crews being made up of three members. A seldom-seen and highly desirable format connecting science fiction dreams to space age realities.