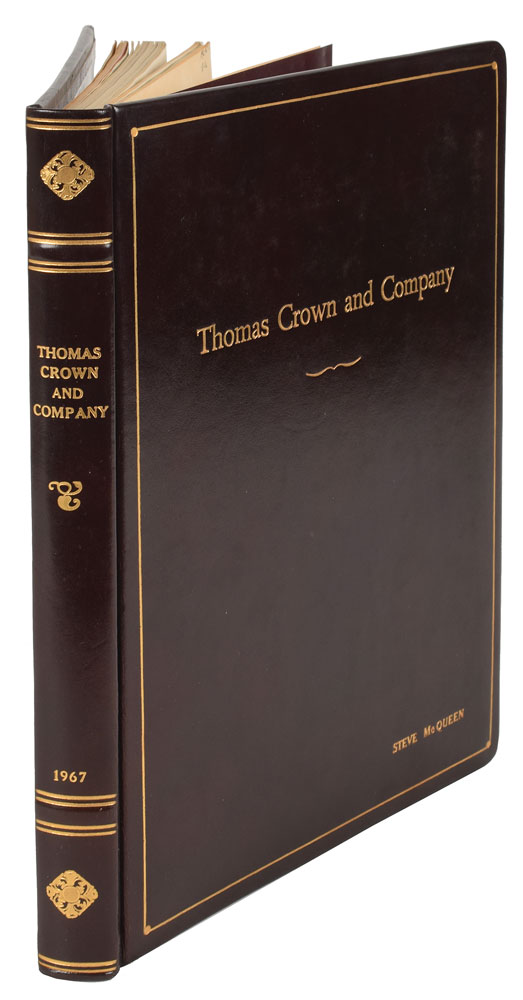 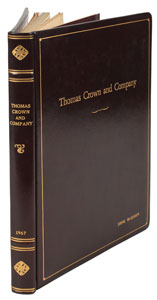 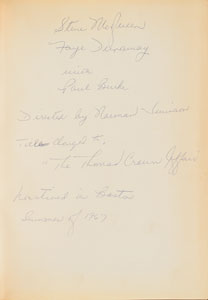 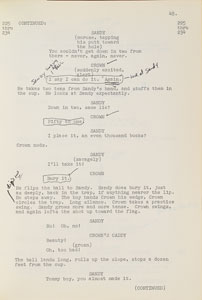 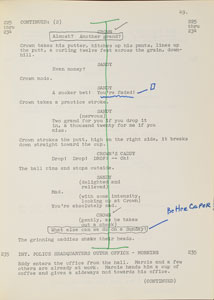 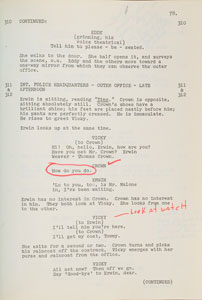 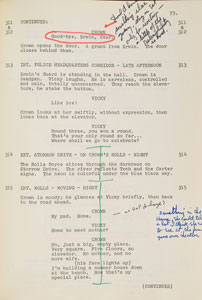 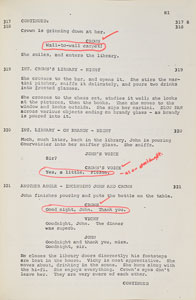 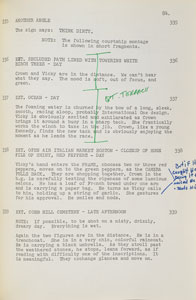 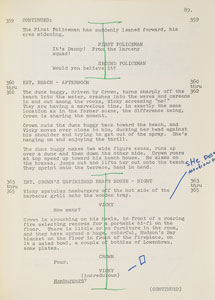 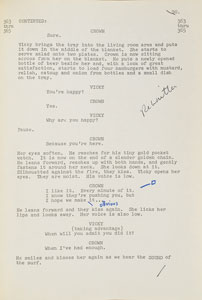 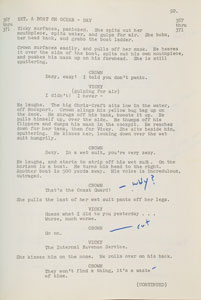 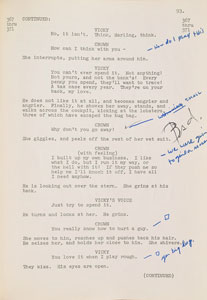 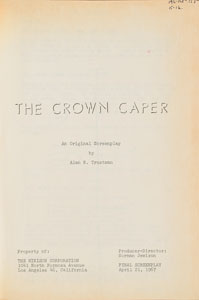 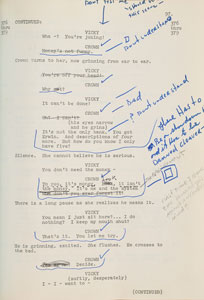 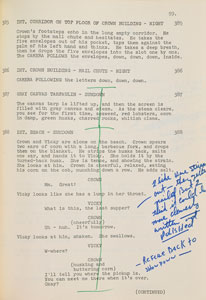 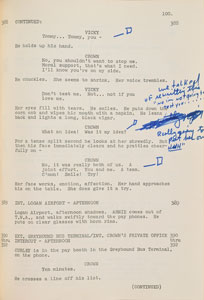 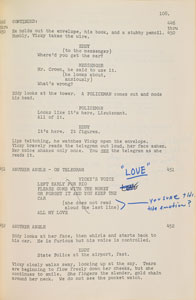 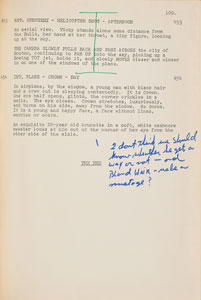 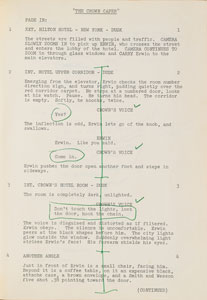 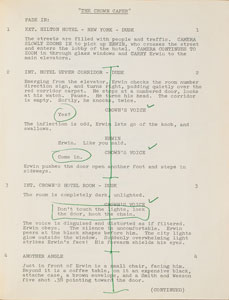 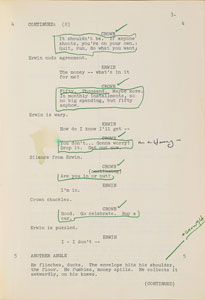 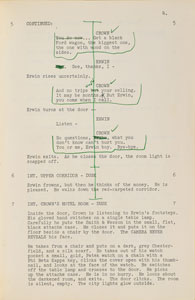 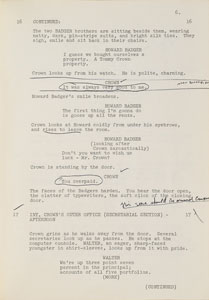 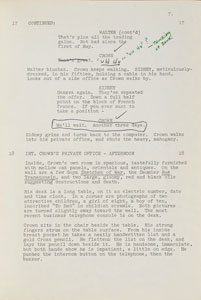 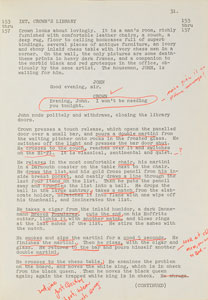 Steve McQueen’s personally-owned and -used annotated script for the 1968 classic The Thomas Crown Affair, 8.5 x 11, 109 numbered pages plus revisions, custom leatherbound by the California Bookbinding Co., gilt-stamped on the front, “Thomas Crown and Company, Steve McQueen.” An opening page in an unknown hand identifies the actors and final title, “The Thomas Crown Affair,” which also differs from the working title on the first page of the script, “The Crown Caper.”

The script is annotated throughout, with at least 19 pages exhibiting McQueen’s own handwriting; his notes reveal his dedication to his craft and his working process during the production of a film. Some of the notes are for stage directions—for example, “Sandy looking at ball” and “Look at Sandy,” in a conversation during a golfing sequence, and “Look at watch” during a conversation between Crown, Vicky, and Erwin. A more substantial comment is written beside Crown’s dialogue as he departs a scene, “Should have something else…stage is set only for reaction—a little of the believability is lost.” In another instance, McQueen inquires, “How do I play this,” during a scene with Vicky. As the script approaches its conclusion, McQueen pens in the margin of a heavily annotated page, “There has to be a showdown and it has to be damned cleaver [sic].” In the following pages, he writes, “I think it could be more cleanly written and polished—refer back to showdown,” and discusses rewriting one of Vicky’s lines: “We talked of rewriting this, ‘No I’m not going to test you…’” At the very end, he pens, “I don’t think we should know whether he gets a way or not—and blond hair—maybe a mustache?”

In fine condition, with pages evidently trimmed during the re-binding process, affecting some of the handwritten annotations. In one of the classic caper films of the 1960s, McQueen plays the sophisticated millionaire Thomas Crown, who orchestrates the perfect crime for sport—a bank heist of over two million dollars. The film revolves around the hunt for the mastermind by a sultry insurance investigator, Vicky Anderson, played by Faye Dunaway. Though now remembered as a cult classic, critics agreed with McQueen’s instincts about the writing—Roger Ebert called it ‘possibly the most under-plotted, underwritten, over-photographed film of the year. Which is not to say it isn't great to look at. It is.’ As the leading man’s personally-used, heavily-annotated script from a classic film, this is a truly remarkable piece of Hollywood history.