Lincoln orders a draft for an additional 1,945 New York troops 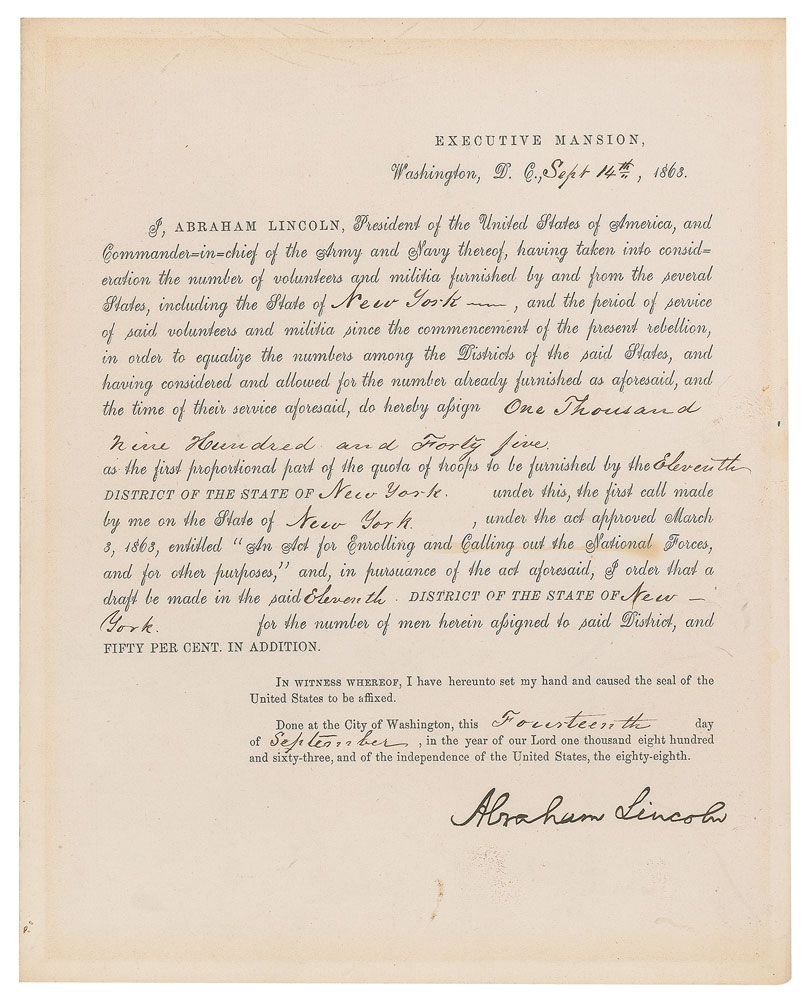 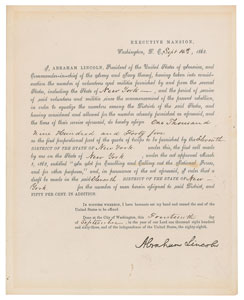 Lincoln orders a draft for an additional 1,945 New York troops

Magnificently rare Civil War-dated partly printed DS as president, one page, 7.75 x 9.75, Executive Mansion letterhead, September 14, 1863. Draft order issued by President Lincoln, which reads, in full: "I, Abraham Lincoln, President of the United States of America and Commander-in-Chief of the Army and Navy therof, having taken into consideration the number of volunteers and militia furnished by and from the several States, including the State of New York, and the period of service of said volunteers and militia since the commencement of the present rebellion, in order to equalize the numbers among the Districts of the said States, and having considered and allowed for the number already furnished as aforesaid, and the time of their service aforesaid, do here by assign One Thousand Nine Hundred and Forty five as the first proportional part of the quota of troops to be furnished by the Eleventh District of the States of New York, under this, the first call made by me on the State of New York, under the act approved March 3, 1863, entitled 'An Act for Enrolling and Calling out the National Forces, and for other purposes,' and, in pursuance of the act aforesaid, I order that a draft be made in the said Eleventh District of the State of New York for the number of men herein assigned to said District, and Fifty Per Cent, In Addition." Signed boldly at the conclusion by Lincoln. In very good to fine condition, with some light creasing (primarily to the top), and faint perimeter toning from prior display.