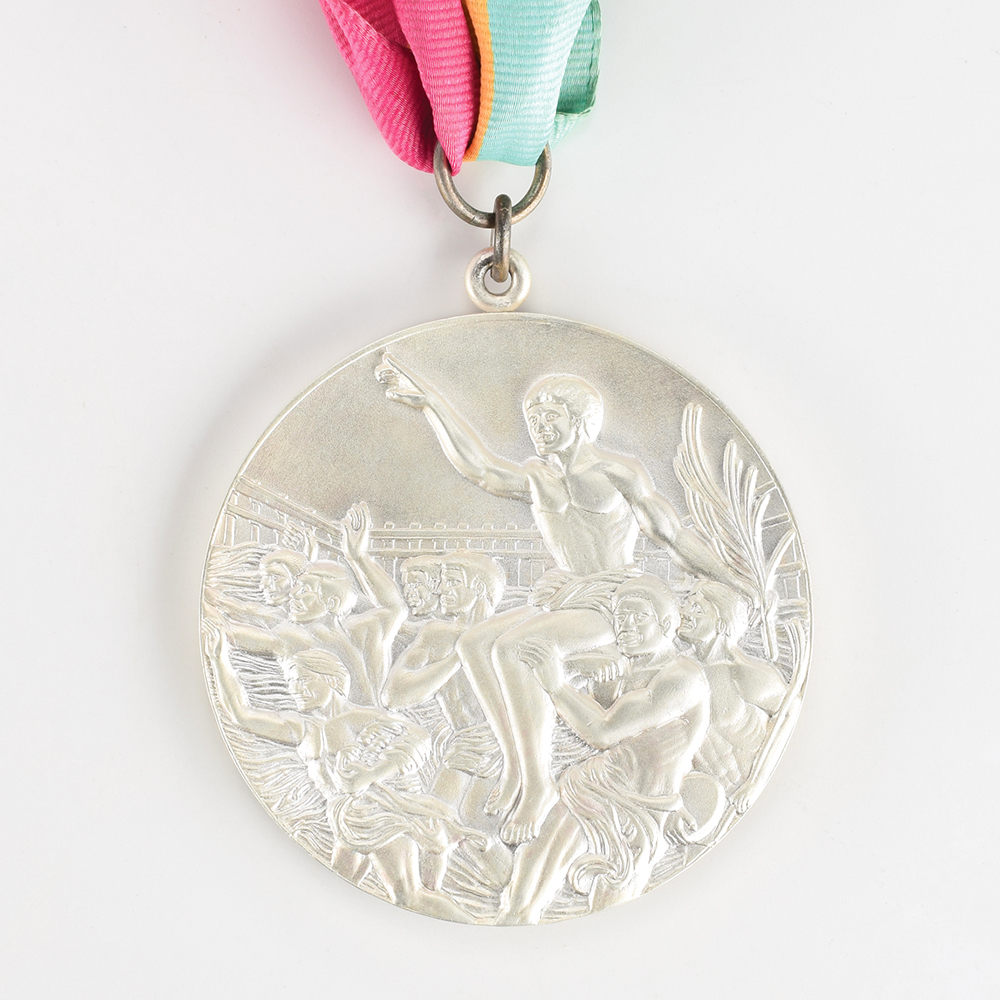 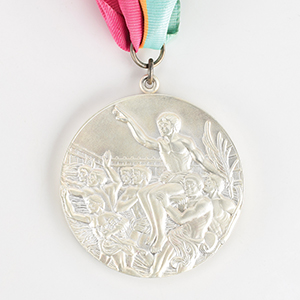 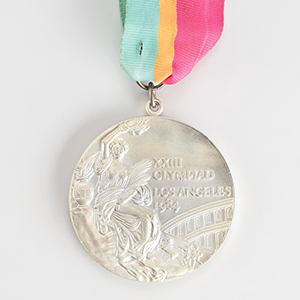 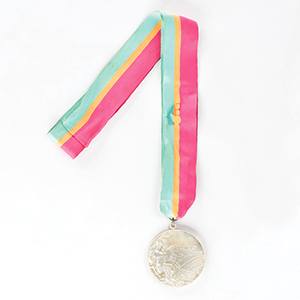 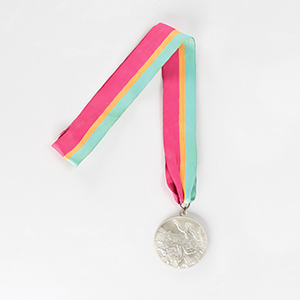 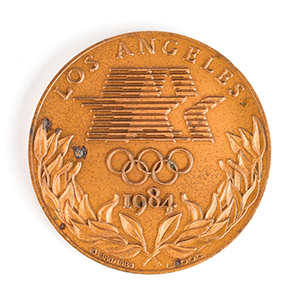 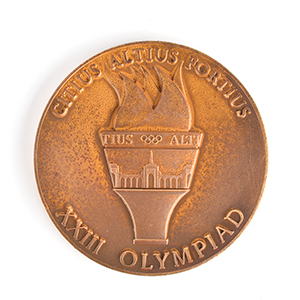 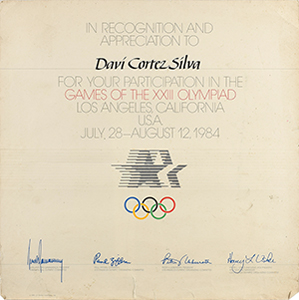 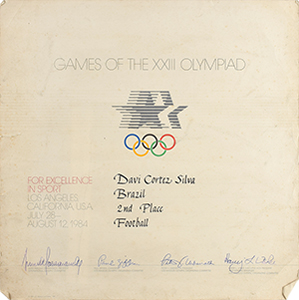 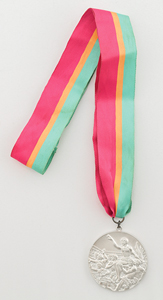 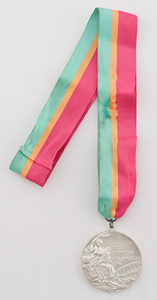 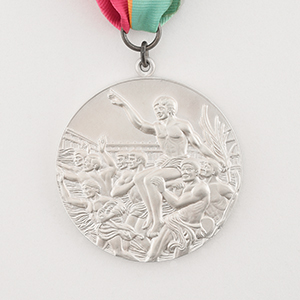 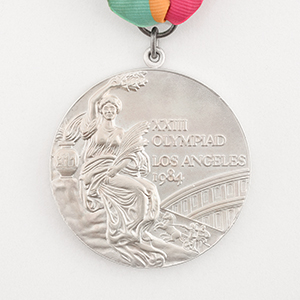 Sought-after winner's medal issued to Brazilian football star David Cortes da Silva at the Los Angeles 1984 Summer Olympics. Silver, 63.5 mm, 137 gm, by Dugald Stermer; manufactured by Jostens, Inc. The front, inscribed, "XXIII Olympiad, Los Angeles 1984," features a 'Seated Victory' with the Colosseum in the background; the reverse portrays a victorious athlete being carried by a jubilant crowd. The edge is engraved with the name of the event, "Football." Complete with original magenta, vermillion, and chrome yellow ribbon, which features some light wear. Also accompanied by:

An official winner’s diploma from the Games of the XXIII Olympiad, 15 x 15, issued to “David Cortez Silva” of Brazil for a second place finish in “Football,” signed at the conclusion by International Olympic Committee President Juan Antonio Samaranch, and three representatives of the Los Angeles Olympic Organizing Committee.

David Cortes da Silva, better known as Davi, was a defender on the Brazilian national football team that earned a silver medal at the 1984 Summer Games, the first Olympic football competition to allow professionals. After narrowly defeating Canada on penalty kicks in the quarterfinals, Brazil pushed past Italy 2-1 to set up the gold metal match with France at the Rose Bowl in Pasadena on August 11. Attended by a then-record 101,799 spectators, the game concluded with the French securing their first and only Olympic title, beating the Brazilians by a score of 2-0. A phenomenally bright and clean second place medal tied to one of the biggest football matches in Olympic history. From The Mason Dinehart Collection.