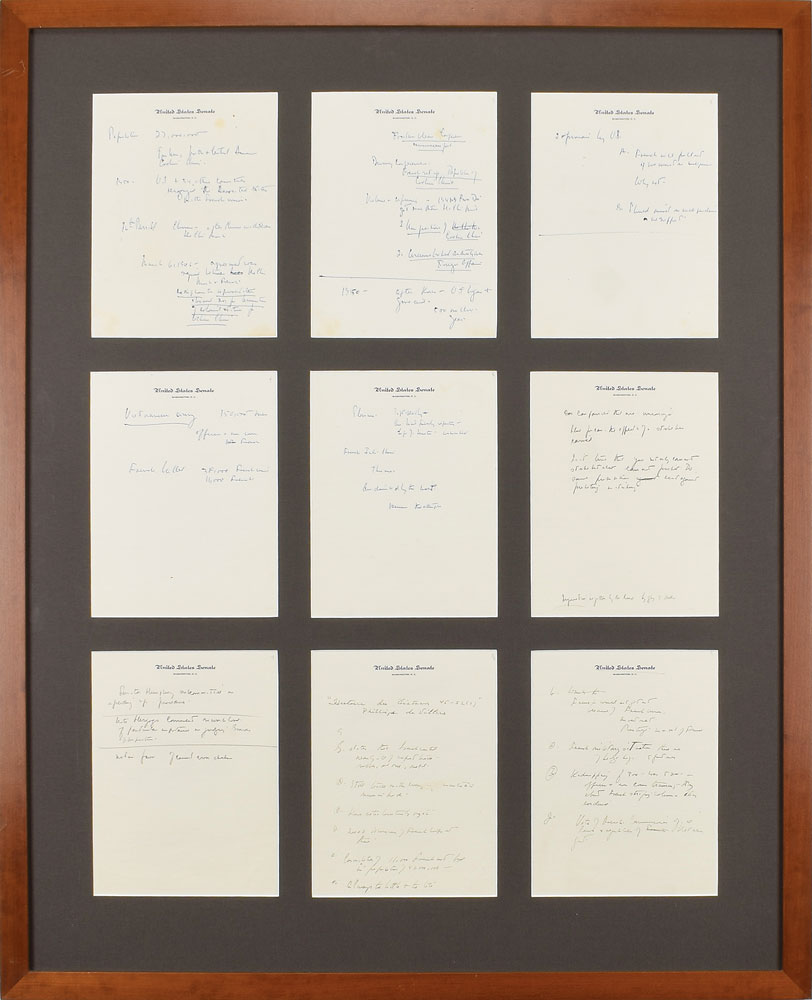 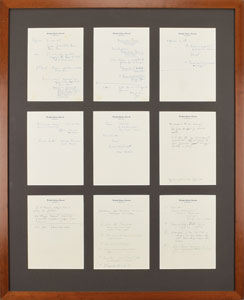 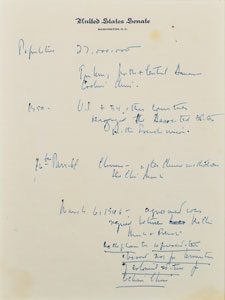 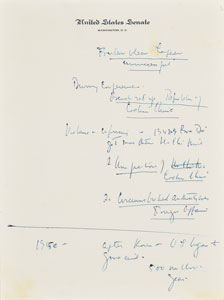 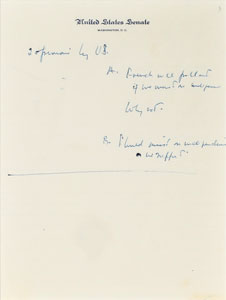 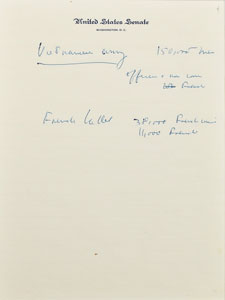 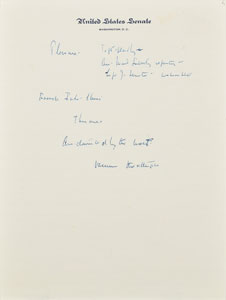 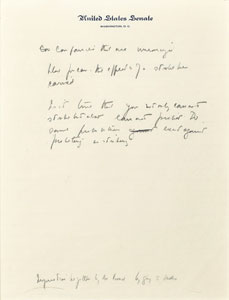 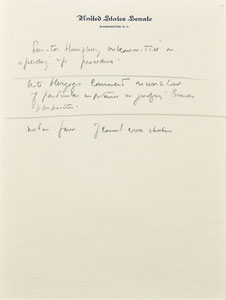 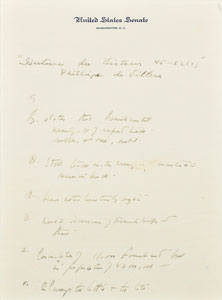 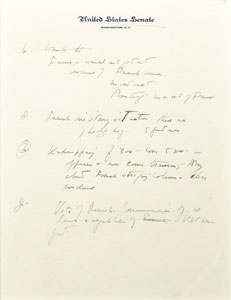 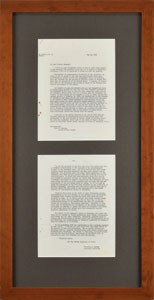 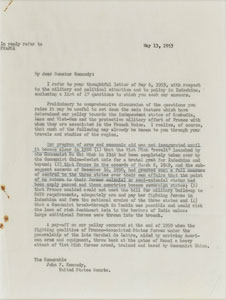 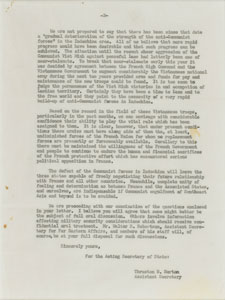 Important handwritten notes by Senator John F. Kennedy, unsigned, nine pages, 7.75 x 10.25, US Senate letterhead, no date but circa spring 1953. Only months after being elected to the US Senate, Kennedy took a leading role in the American fight to contain the Communist threat, defending democracy at home and abroad. These revealing notes represent some of Senator Kennedy's earliest thoughts on the political situation in Vietnam, Laos, and Cambodia, making reference to troop movements, the First Indochina War, and US aid to Vietnam.

He continues the timeline, noting the 1946 "Fontainebleau Conference" as "unsuccessful," and that "French set up Republic of Cochin China," then referencing the "Violence & uprising—1948-9" involving "Bao Dai" and "Ho Chi Minh." Kennedy goes on to mention US aid, which began in 1950, and makes note of troop strength and reported casualties of the First Indochina War: "Vietnamese army, 150,000 men, officers & non com…French killed: 38,000 French Union, 11,000 French."

Senator Kennedy's notes further reflect his support of Barry Goldwater's approach of forcing France to allow Vietnamese independence, speculating on two courses of action: "2 opinions by U.S.: A. French will pull out if we insist on independence. Why not. B. Should insist on independence or no support." In a point-by-point outline, JFK notes: "French would not get out because of French union investment, Prestige in & out of France."

In a pencil note, he writes: "How far can the effects of a strike be carried." The collection concludes with two pages of Kennedy's notes outlining specifics related to the situation, designated as points "A" through "J," with one notable comment being: "Always too little & too late." Impressively matted and framed together to an overall size of 34 x 42. In fine condition. Accompanied by a carbon copy typescript of Assistant Secretary of State Thruston Ballard Morton's letter to Senator Kennedy, two pages, May 13, 1953, framed to an overall size of 15.5 x 30, respecting Kennedy's "list of 47 questions" pertaining to the "military and political situation and to policy in Indochina." These remarkable notes reflect the young senator's familiarizing himself with the conflict in Indochina, which would become one of the most critical foreign policy challenges to face Kennedy's presidential administration. His in-depth grasp of the history of the region would help to inform his decision-making as president. Provenance: Lot #187, Documents and Artifacts Relating to the Life and Career of John F. Kennedy, Guernsey’s, March 18-19, 1998; the frame retains the original Guernsey’s auction tag.