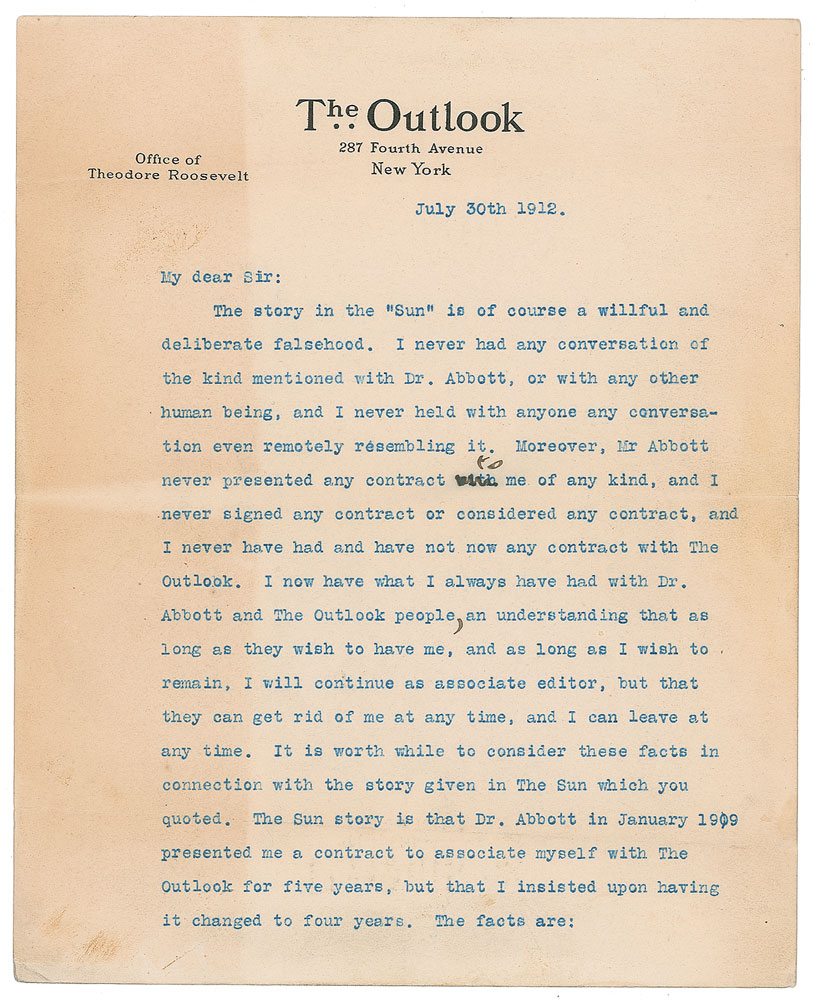 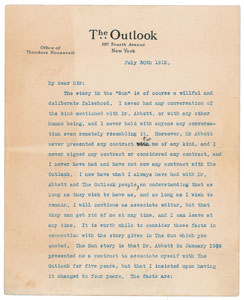 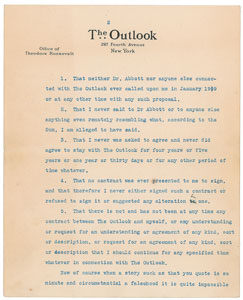 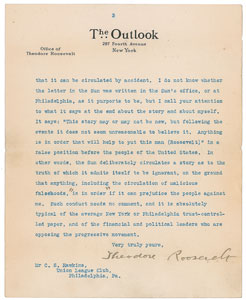 Excellent TLS, three pages, 7.75 x 9.5, The Outlook letterhead, July 30, 1912. Letter to C. S. Hawkins of the Union League Club, in part: "The story in the ‘Sun’ is of course a willful and deliberate falsehood. I never had any conversation of the kind mentioned with Dr. Abbott, or with any other human being, and I never held with anyone any conversation even remotely resembling it. Moreover, Mr. Abbott never presented any contract to me of any kind, and I never signed any contract or considered any contract, and I never have had and have not now any contract with The Outlook. I now have what I always have had with Dr. Abbott and The Outlook people, an understanding that as long as they wish to have me, and as long as I wish to remain, I will continue as associate editor, but that they can rid of me at any time, and I can leave at any time.” Roosevelt proceeds to make a list of five facts refuting the Sun story before concluding with: “I do not know whether the letter in the Sun was written in the Sun’s office, or at Philadelphia, as it purports to be, but I call your attention to what it says at the end about the story and about myself. It says: ‘This story may or may not be new, but following the events it does not seem unreasonable to believe it. Anything is in order that will help put this man (Roosevelt)’ in a false position before the people of the United States. In other words, the Sun deliberately circulates a story as to the truth of which it admits itself to be ignorant, on the ground that anything, including the circulation of malicious falsehoods, ‘is in order’ if it can prejudice the people against me. Such conduct needs no comment, and it is absolutely typical of the average New York or Philadelphia trust-control-led paper, and of the financial and political leaders who are opposing the progressive movement.” Roosevelt makes a few corrections to the text in his own hand. In very good to fine condition, with light blocks of toning to the first page.