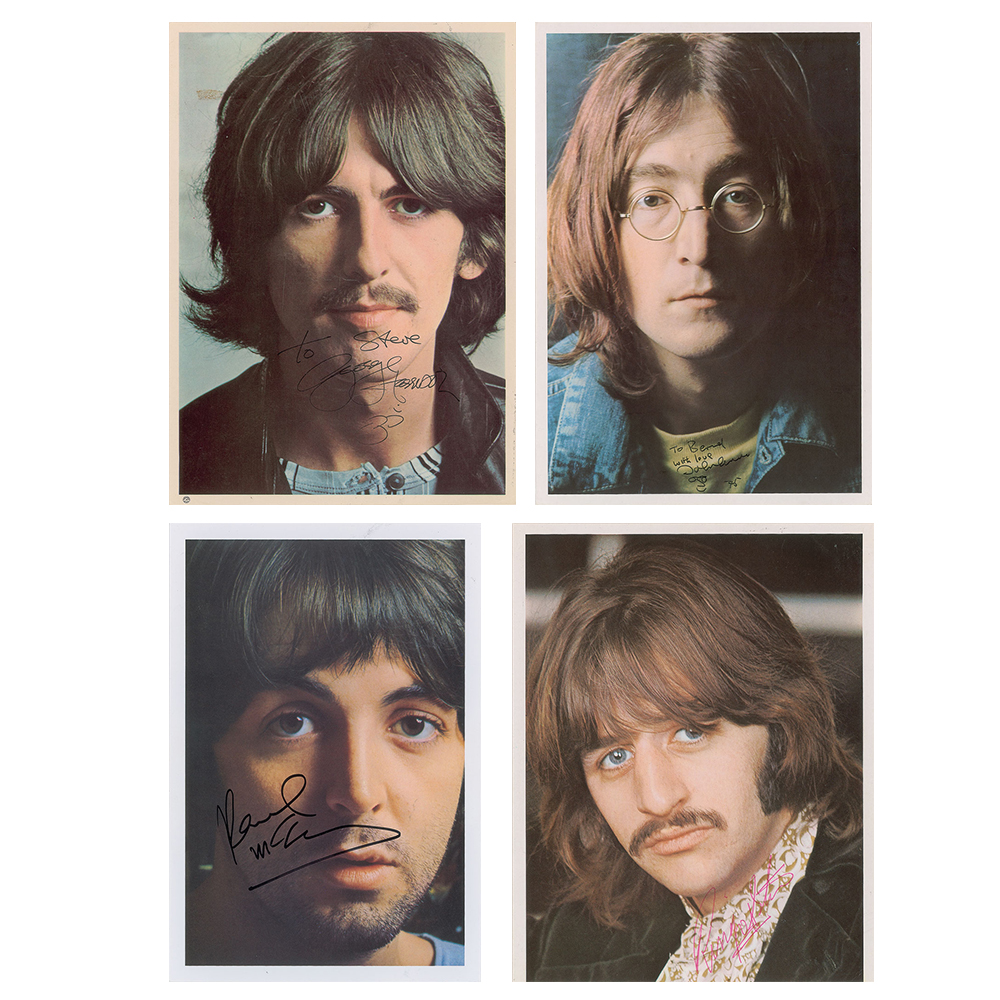 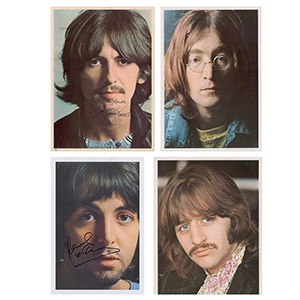 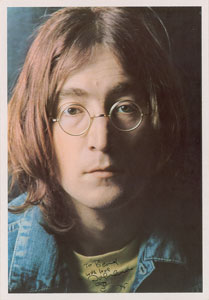 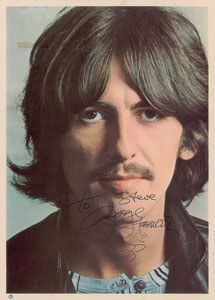 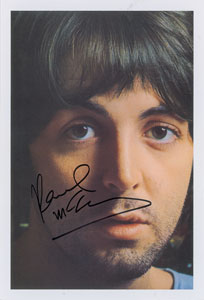 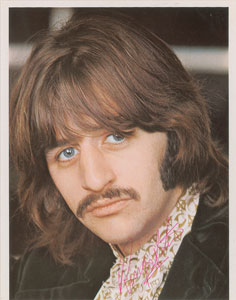 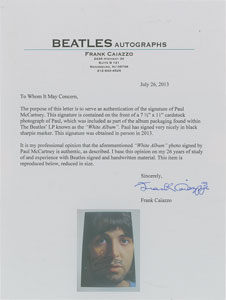 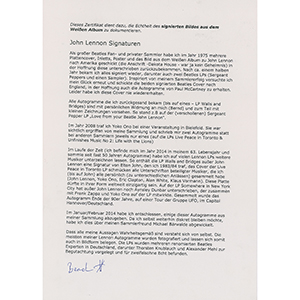 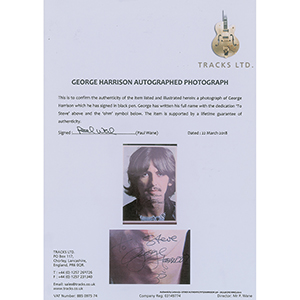 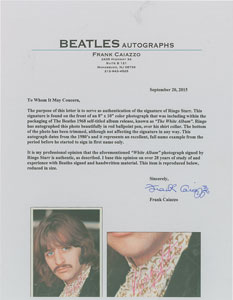 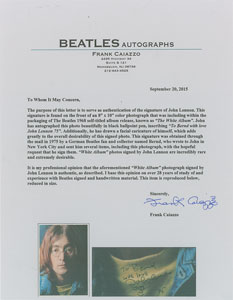 An incredibly rare, full set of all four ‘White Album’ photographic portraits included with the packaging for the Beatles’ classic self-titled 1968 album, each signed in ballpoint or felt tip by the pictured musician. The Lennon portrait measures 7.75 x 11.25 and is signed and inscribed in black ballpoint, “To Bernd, with love, John Lennon, 75,” who adds a small facial caricature of himself below (signed through the mail for a German collector); the Harrison portrait measures 7.75 x 10.75 and is signed and inscribed in black ink, “To Steve, George Harrison,” who adds an Om symbol; the McCartney portrait measures 7.5 x 11 and is signed prominently in black felt tip, “Paul McCartney,” with the reverse bearing an Apple Corp. Ltd. copyright stamp (signed on May 26, 2013, at approximately 11:55 PM at Signature FBO Flight Support private airfield at Memphis International Airport); and the Starr portrait, with trimmed bottom edge, measures 7.75 x 10 and is signed nicely in red ballpoint, “Ringo Starr.” The Harrison portrait is light paperstock, whereas the other photos are of a heavier cardstock. In overall fine condition, with a small crease to Lennon, light creasing and a small tape stain to Harrison, and light rippling and aforesaid trimmed bottom border to Starr. The John, Paul, and Ringo photos are accompanied by letters of authenticity from noted Beatles expert Frank Caiazzo, and the George photo is accompanied by a certificate of authenticity from Tracks. The White Album—long recognized as one of the best albums of all time—celebrates its 50th anniversary in November 2018, making this remarkable complete set of signed lithographs an especially timely offering.