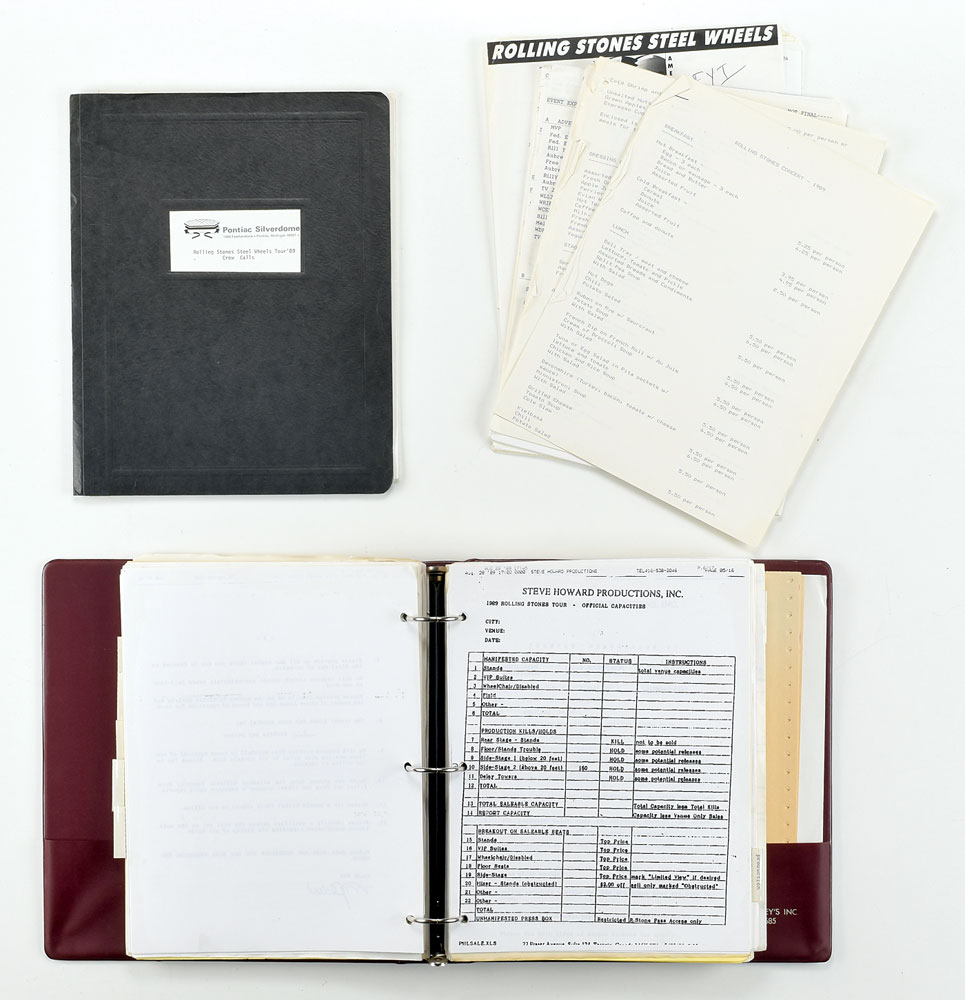 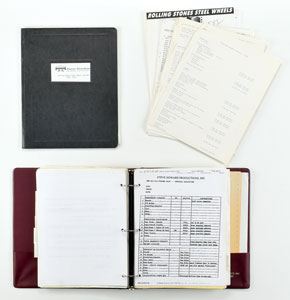 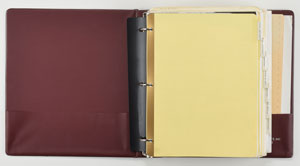 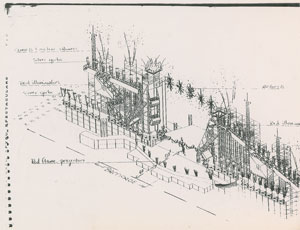 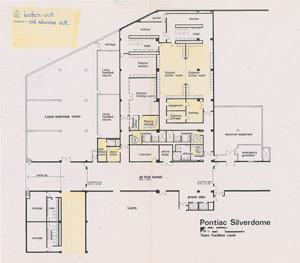 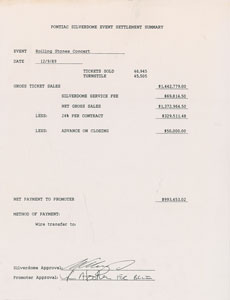 Extensive production binder for the Rolling Stones’ two shows at the Pontiac Silverdome in Pontiac, Michigan, on December 9 and 10, 1989, as part of the band’s enormous Steel Wheels Tour. The maroon 10.5 x 11.75 binder, with ‘tongue and lips’ logo sheet affixed to front cover, consists of a multitude of letters and documents relating to all aspects of production; the binder is divided into 15 sections, with tabs reading as follows: Venue Agreement, R. S. Contract, Merchandise, Press & Adv., Promotions, Box Office, Production, Costs Ests., Dressing Rms., Hospitality, Transportation, Labor, Rentals, Steel Labor, and Security. Also included within is an itinerary folder entitled “Rolling Stones Steel Wheels Tour ’89, Crew Calls.” In overall fine condition. Launched in North America in late August 1989 to promote the band's comeback album, the Steel Wheels Tour was enormously successful and the longest tour the band had ever done up to that point, playing over twice as many shows as their standard tour length from the 1960s and 1970s. Additionally, the Steel Wheels Tour was the last to feature original member Bill Wyman on bass guitar.