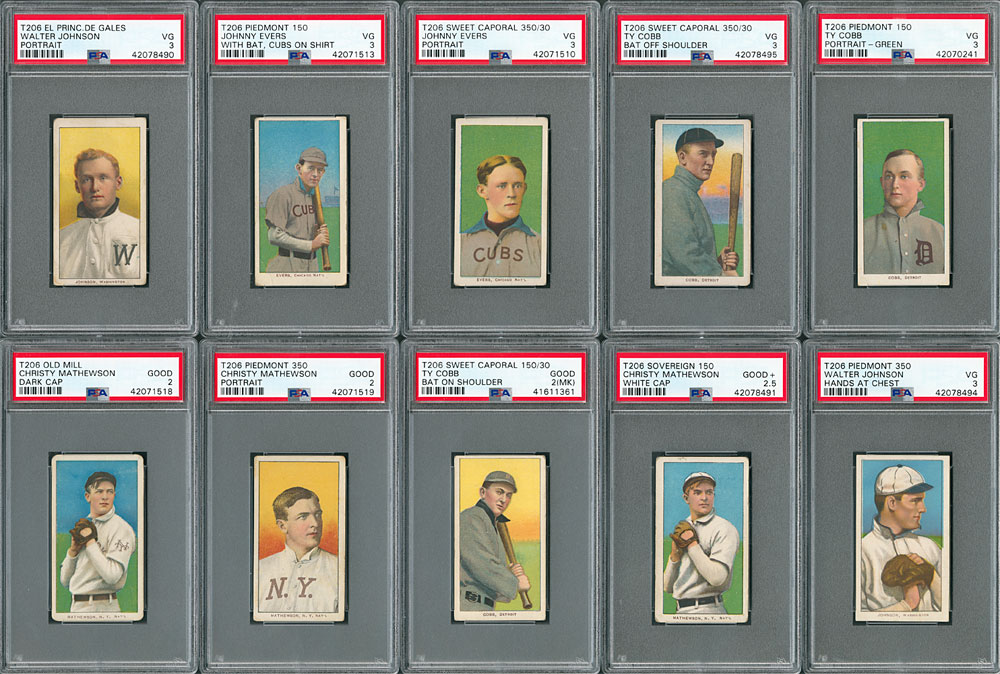 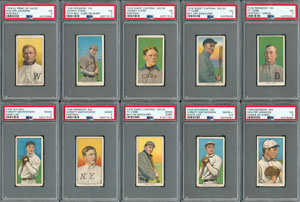 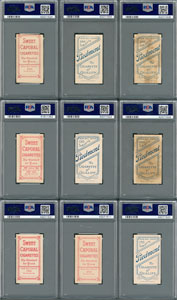 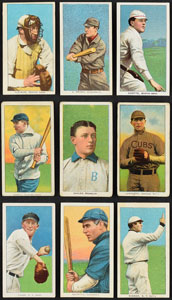 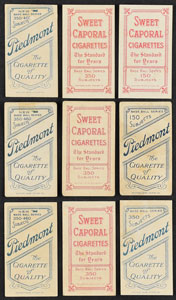 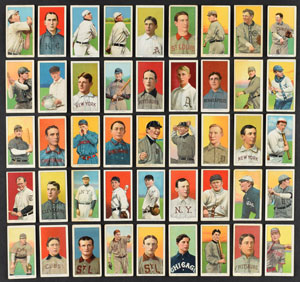 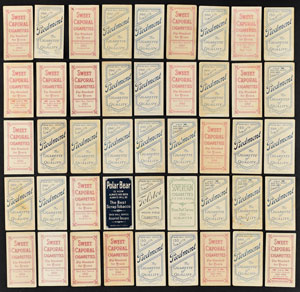 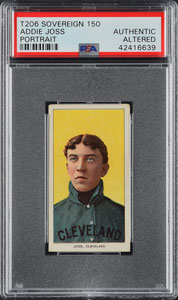 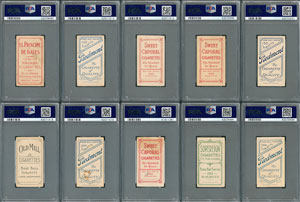 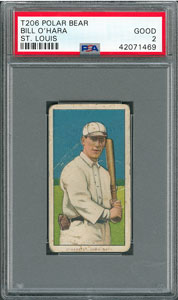 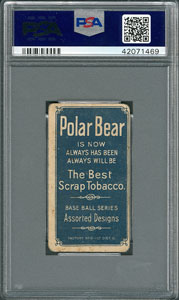 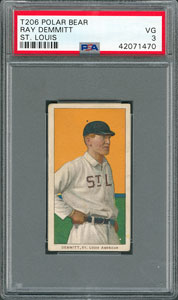 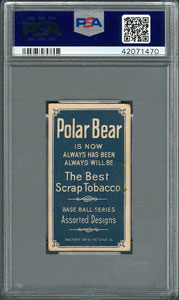 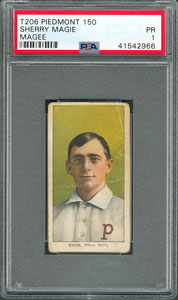 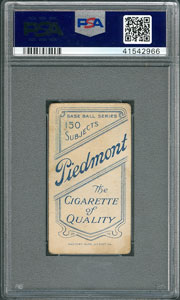 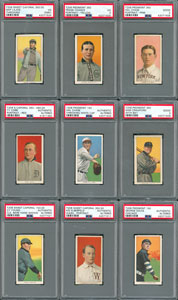 Offered is a near complete T206 Baseball card set, missing only the Top 3 cards of Honus Wagner and Eddie Plank plus the impossible Joe Doyle/N.Y. Nat'. Affectionately known as 'The Monster,' the T206 set contains (74) Hall of Famers, including Ty Cobb (4 cards), Christy Mathewson (3 cards), Walter Johnson (2 cards), Cy Young (3 cards), as well as the team variations Elberfeld - portrait, Wash. and Smith - Chi. & Bos. variations plus the very scarce Ray Demmitt/St. Louis and Bill O'Hara/St. Louis (both with Polar Bear backs) rarities, plus all 48 of the scarce Southern League series cards. In addition, while most 'near complete sets' are missing the extremely difficult Sherry Magie (name actually Magee), this set does INCLUDE the ultra-rare Magie.

The following HOFer or significant cards have irregular cuts, which is not uncommon for this issue or could be trimmed: Beckley Bender/no trees, G. Brown/Wash, Clarke/port, Collins/Phil, Flick, Kleinow/Bos. There are also a few dozen other cards within the set which have similar irregularities.

Overall the set grades from GD to EX, averaging VG.

One of the few near complete T206 Sets ever sold at auction which includes the very rare Magie error.