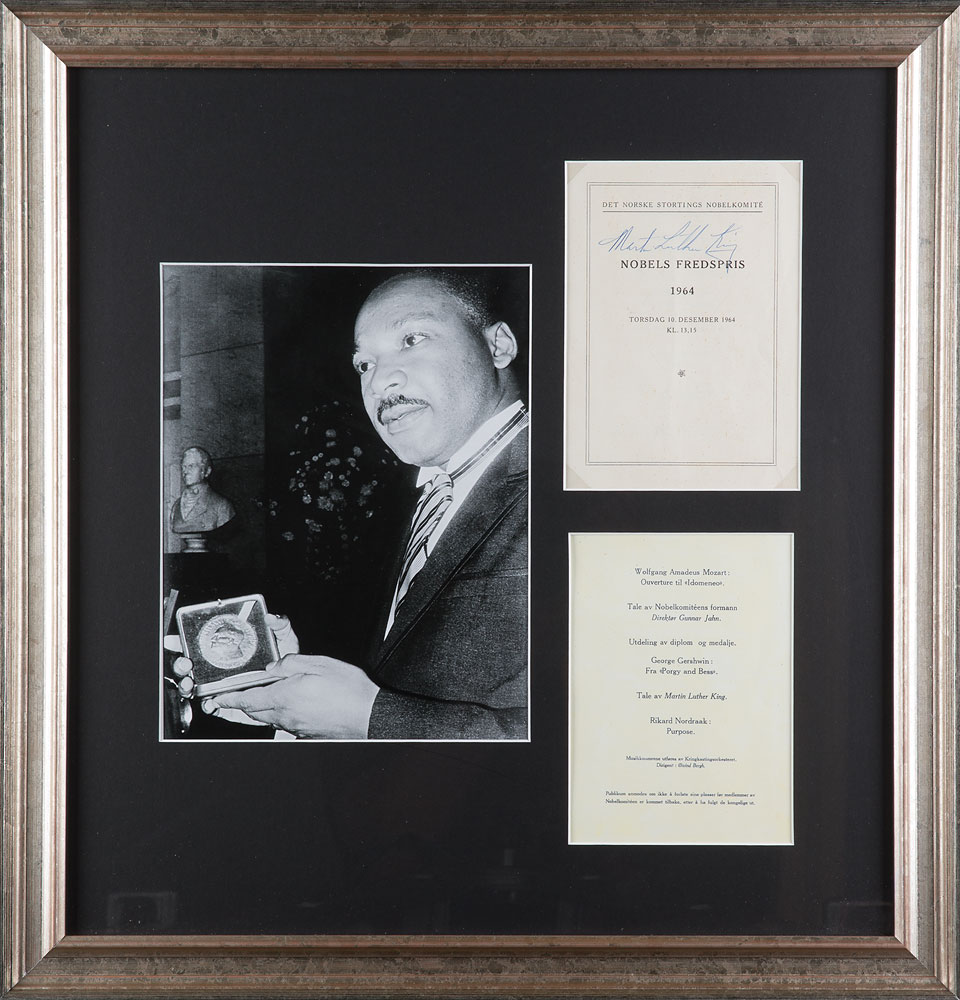 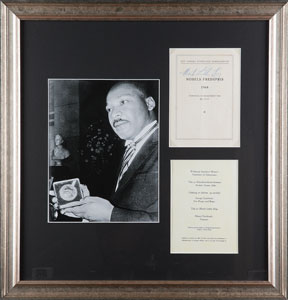 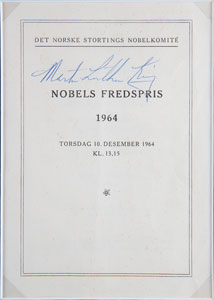 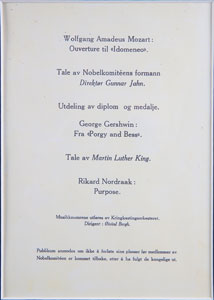 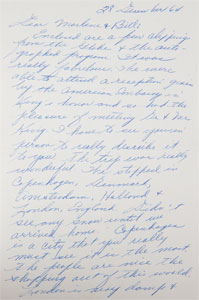 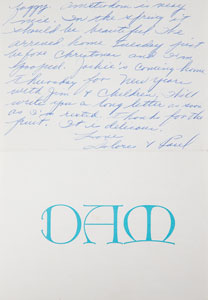 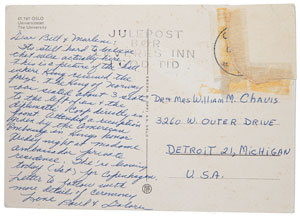 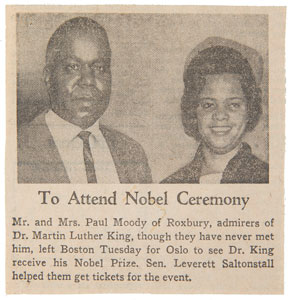 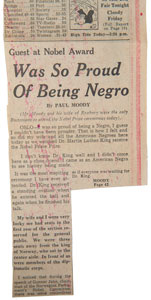 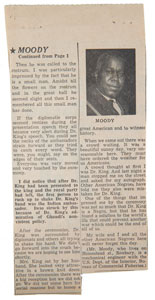 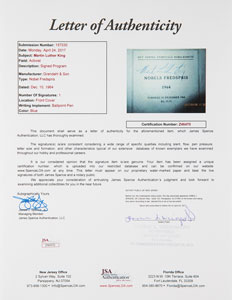 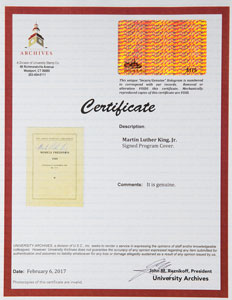 Remarkable program in Norwegian for the Nobel Peace Prize ceremony held in Oslo for Dr. King on December 10, 1964, 5.25 x 7.5, signed on the front cover in blue ballpoint, "Martin Luther King." Archivally matted and framed with a color copy of the program's interior and a portrait of Dr. King holding his Nobel Prize medal to an overall size of 21.25 x 22.25. In fine condition, with very light handling wear. Accompanied by full letters of authenticity from University Archives and JSA.

This program was signed by Dr. King for Paul and Dolores Moody during a reception held in his honor at the American embassy in Norway, and is accompanied by two contemporary letters from "Paul and Dolores" discussing the festivities. One, on a postcard depicting the University of Oslo, in part: "Its still hard to believe that we're actually here. This is a picture of the hall where King received the prize. The King of Norway was seated about 3 seats to the left of us & diplomatic corp directly in front. Attended a reception given by the American Embassy in King's honor Friday night." The second letter, dated December 28, 1964, in part: "Enclosed are a few clippings from the Globe & the autographed program. It was really fabulous. We were able to attend a reception given by the American Embassy in King's honor and so had the pleasure of meeting Dr. & Mrs. King." The newspaper clippings mentioned are included, featuring an article by Paul Moody about the Nobel ceremony published in the Boston Globe.

At age 35, Dr. Martin Luther King, Jr., became the youngest man to receive the Nobel Peace Prize, awarded for his historic leadership of the Civil Rights Movement. A year earlier, in 1963, he led the March on Washington and given his iconic 'I Have a Dream Speech.' In 1964, the Civil Rights Movement achieved two of its signal successes: the passage of the 24th Amendment, prohibiting poll taxes, and the signing of the Civil Rights Act of 1964, outlawing segregation and racial discrimination. As the leader of the peaceful movement, Dr. King was singled out by the Nobel selection committee for his role in reshaping American society. When notified of his selection, Dr. King announced that he would donate the prize money of $54,123 to the furtherance of his cause for equality. This magnificent program from his Nobel Prize ceremony, bolstered by its outstanding provenance, stands as one of the finest and most historically significant King pieces we have encountered.