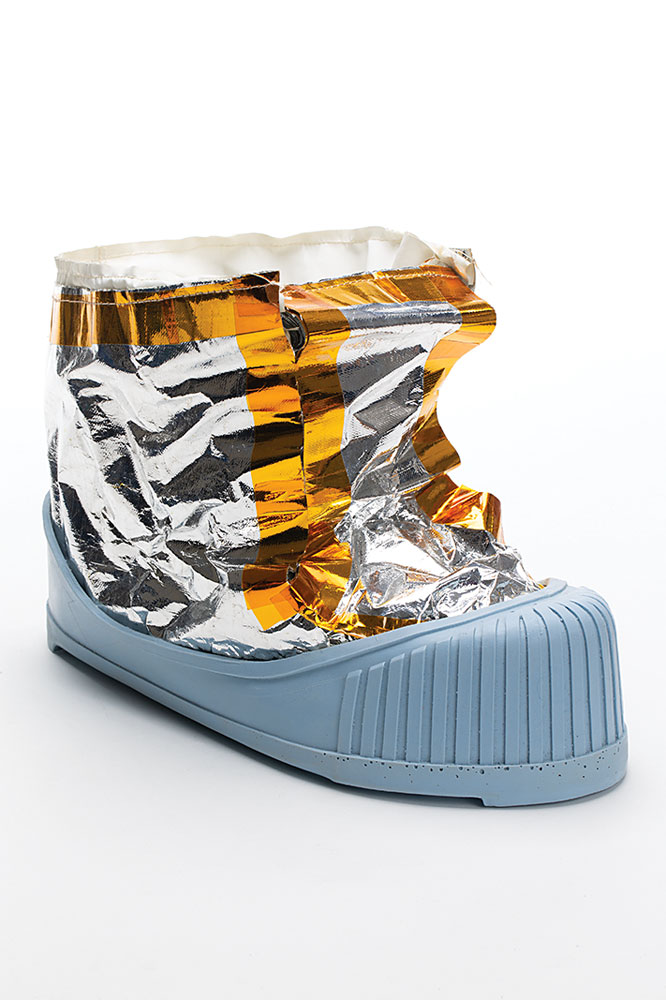 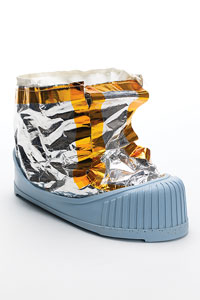 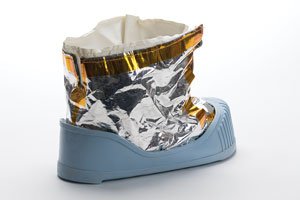 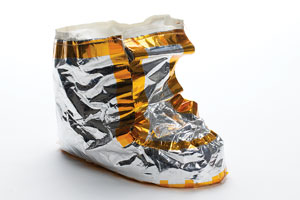 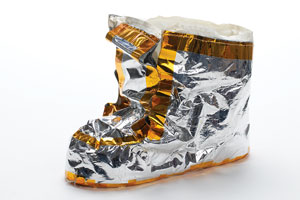 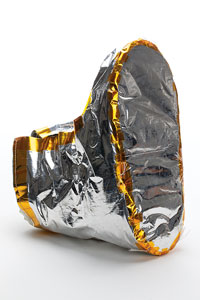 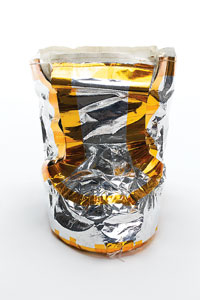 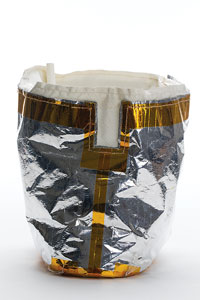 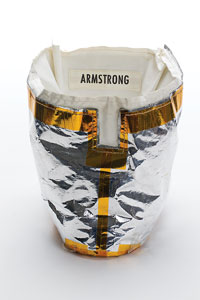 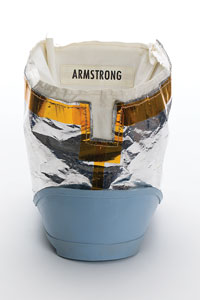 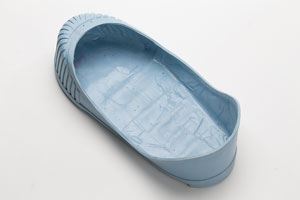 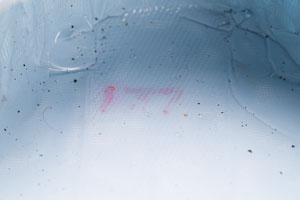 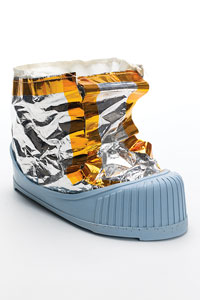 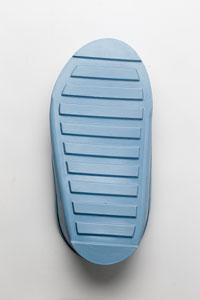 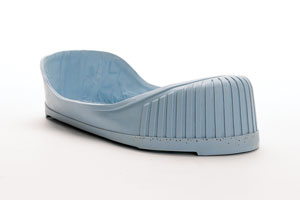 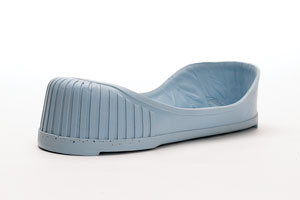 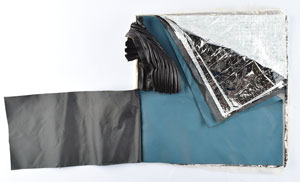 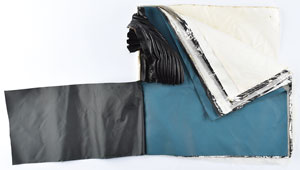 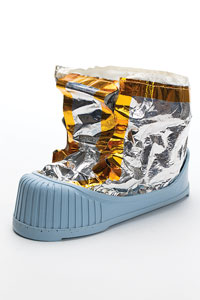 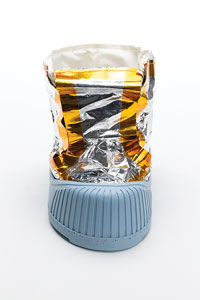 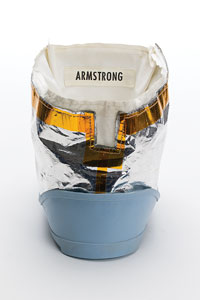 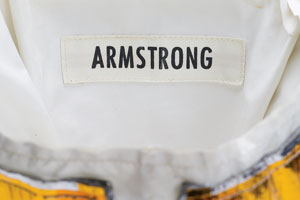 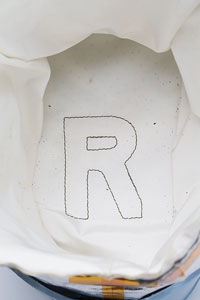 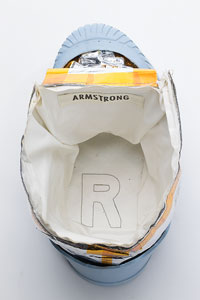 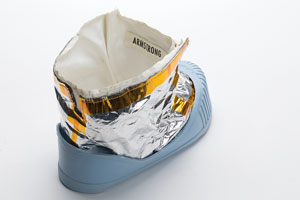 This example is incomplete due to the absence of outer Beta cloth, the Chromel-R fabrics, and the various snaps and straps necessary for secure fitting and closure; this boot was likely intended for a primary flight, backup, or for training activities, but due to ILC’s strict inspection regulations, the boot was rejected for reasons unknown and was never forwarded for final assembly. The missing hardware and Chromel-R fabrics are a telling omission; given the price of Chromel-R material in 1968—$3,000 per yard—it is probable that such material was salvaged and repurposed for another boot. The presence of the Armstrong name-tag further confirms the likelihood that this prototype was designed and constructed to support the Apollo 11 mission, the only moon-landing mission to involve Armstrong.

Includes a custom presentation stand and an uncommon 12.25 x 13.5 multilayered section of the various materials involved in the creation of an Apollo A7L lunar boot. In fine condition. Accompanied by a letter of authenticity from ILC historian Bill Ayrey.

Worn by NASA astronauts for Project Apollo, the three manned Skylab flights, and the Apollo-Soyuz Test Project between 1968 and the close of the Apollo program in 1975, the A7L suit was the seventh Apollo space suit designed and built by ILC Dover. The A7L suit followed up on the initial designs of the A5L and the A6L suits, which introduced the integrated thermal and micrometeroid cover layer. After the deadly Apollo 1 fire, the suit was upgraded to be fire-resistant and was then given the designation of A7L, with this incomplete ‘overshoe’ representing one of an untold, albeit scarce, number of preliminary versions that led to the final design of the Apollo 11 lunar boot. A sensationally rare artifact that offers unique insight into the intensive design and quality assurance placed upon the very boot worn by Armstrong over the course of his quarter-of-a-million mile journey to become the first human being to set foot on the moon.