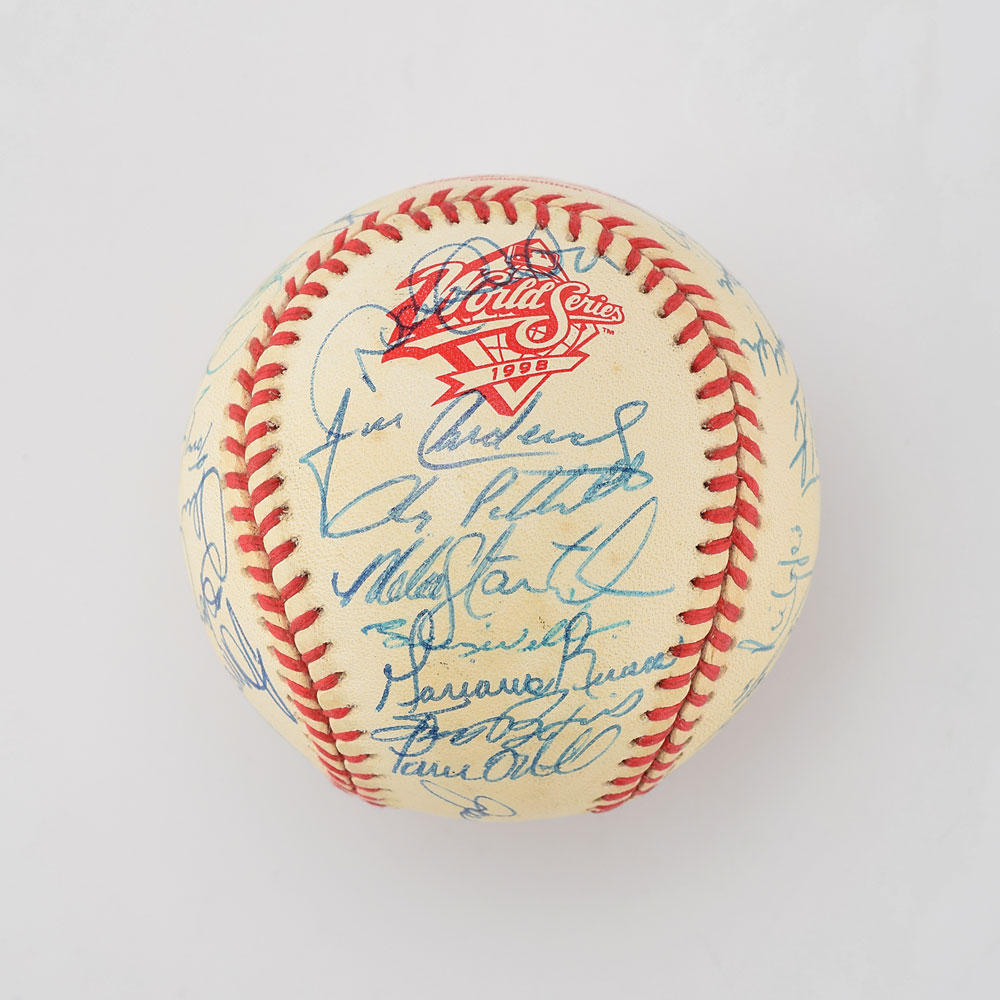 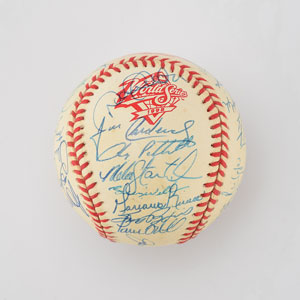 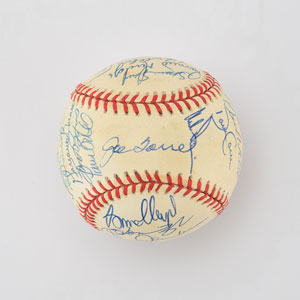 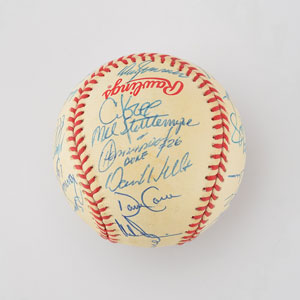 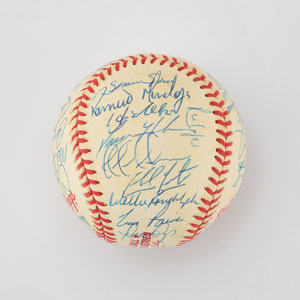 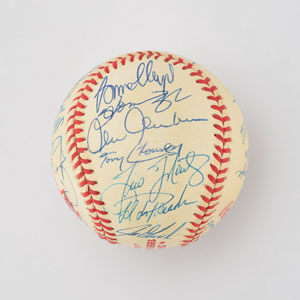 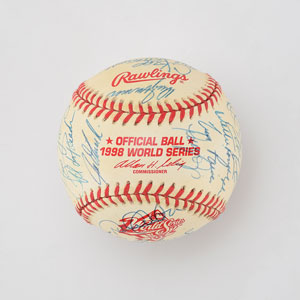 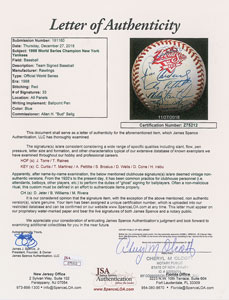 This team has consistently been ranked as one of the best teams of all time, with 125 total victories including regular and postseason games.

Signatures range in grade from ("9-10," with a couple lesser). Overall a beautiful ball with no extraneous markings. This is a high grade team-signed baseball from the 1998 New York Yankees team, one of the greatest of all time, and within a few years will have FOUR Hall of Famers. Accompanied by full letters of authenticity from James Spence Authentication (JSA), and Beckett Authentication Services (BAS). Pre-certified by PSA/DNA.