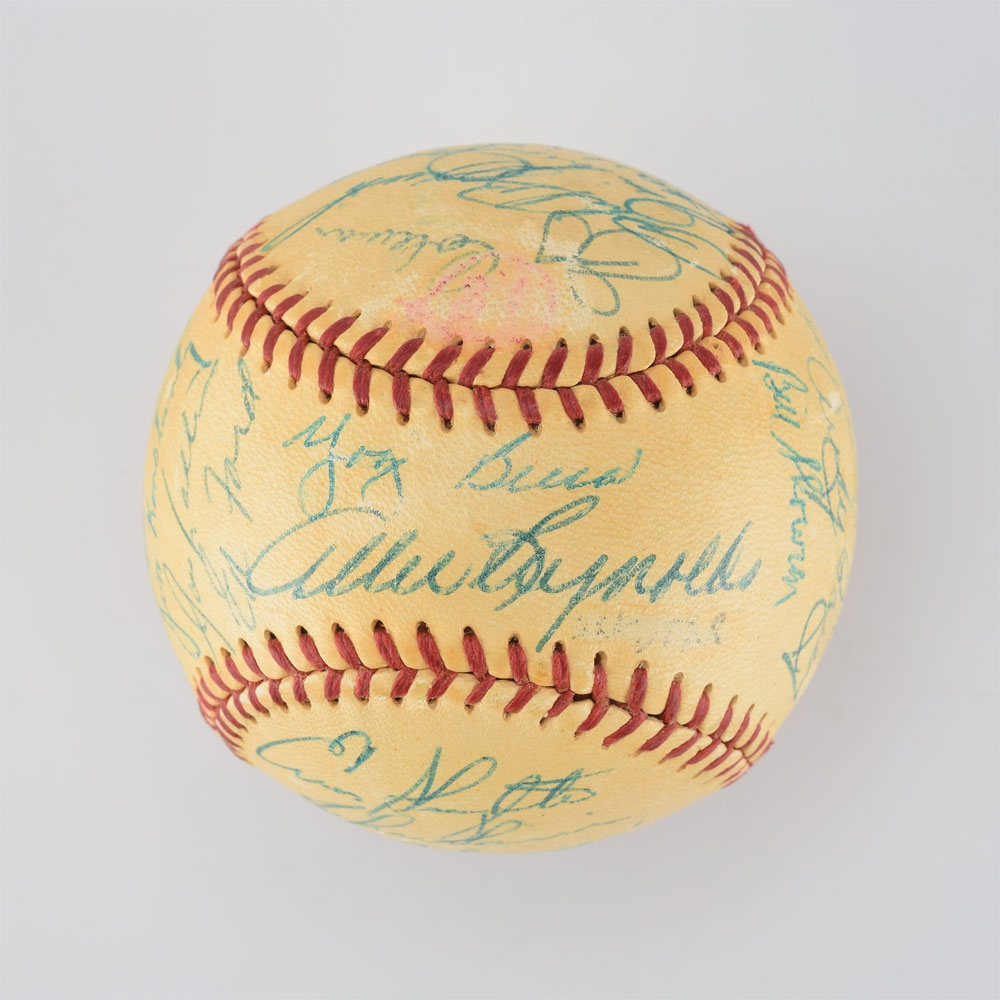 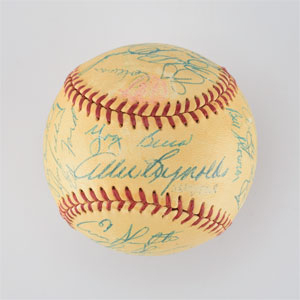 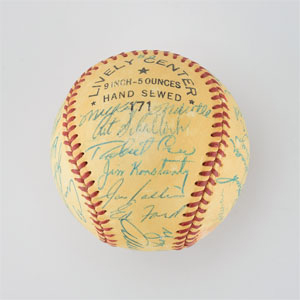 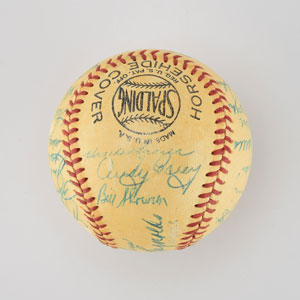 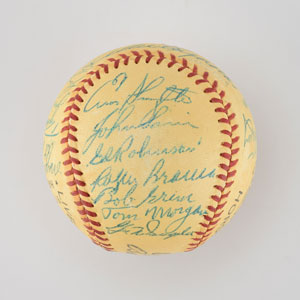 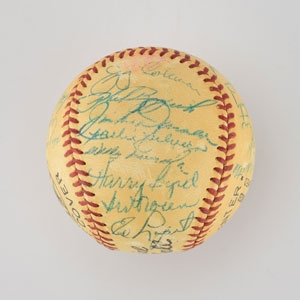 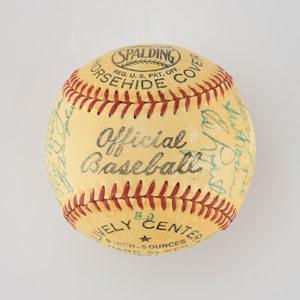 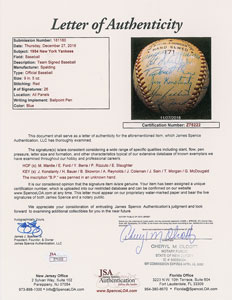 It is not often a team wins 103 games in a 154 game season, and DOESN'T make the postseason. The Yankees ran into the buzzsaw that were the 1954 Cleveland Indians, which won a then record 111 games. It is safe to say, the Yankees wouldn't have been swept by the New York Giants the way the Indians were.

This creamy-toned Spalding "Official Baseball" ball, with very bold stampings, has been signed very boldly in blue ink by 26 members of the team, with five Hall of Famers including a stellar, vintage Mickey Mantle. Includes:

Signatures range in grade from ("8-9", a couple lesser). All of the official ball stampings are dark and well pronounced, and the ball is evenly toned, but does contain a few areas of scraping. Tremendous ball with a really nice vintage Mickey Mantle signature, and no clubhouses. Accompanied by full letters of authenticity from James Spence Authentication (JSA), and Beckett Authentication Services (BAS). Pre-certified by PSA/DNA.