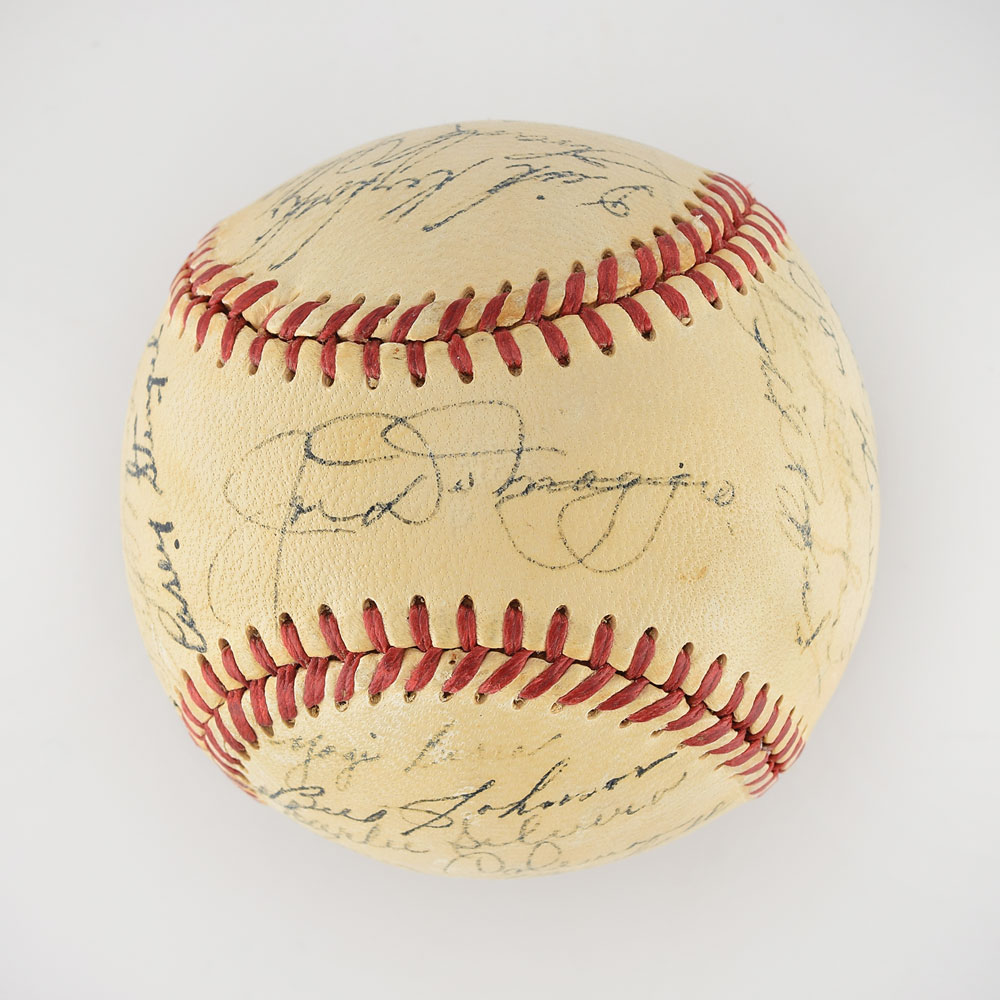 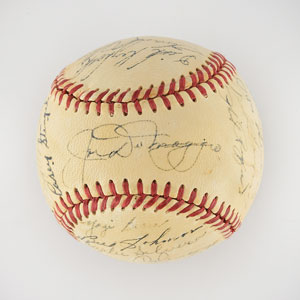 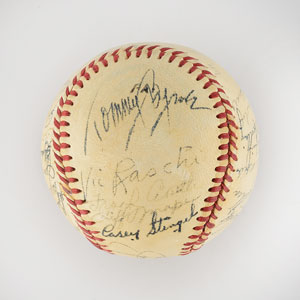 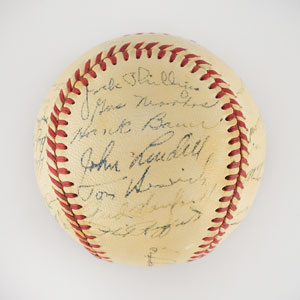 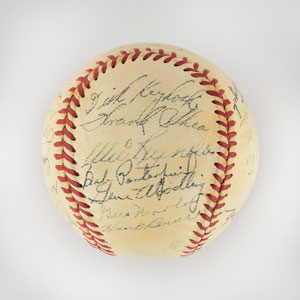 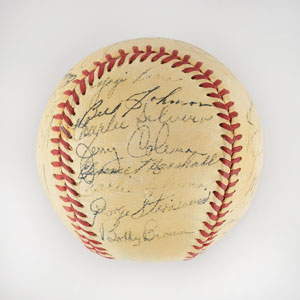 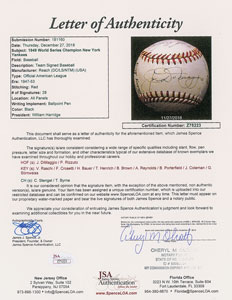 The 1949 New York Yankees won another World Series, even while their star, Joe DiMaggio, missed several months with a heel injury. Down a game late in the season, the Yankees swept the Red Sox in the final two games of the season to win the American League by a single game, then beat the Brooklyn Dodgers (again!) in five games to win their first of five consecutive World Series Championships.

This creamy toned OAL (Harridge) Reach ball, with moderately dark stampings, signed in black ink by 28 members of the 1949 New York Yankees World Series Champion team, with FOUR Hall of Famers including Casey Stengel. It remains very tough to find a Yankees team-signed ball from this era without a clubhouse Stengel. Includes:

Signatures range in grade from ("5-8", some lesser). All of the official ball stampings are legible, but very light. All signatures are authentic, including the very nice Joe DiMaggio on the sweet spot and a bold, dark Stengel on the WEST panel. An outstanding team ball from the one of the Yankees' most impressive teams, a team which began the run of five consecutive Yankees World Series titles. Accompanied by full letters of authenticity from James Spence Authentication (JSA), and Beckett Authentication Services (BAS). Pre-certified by PSA/DNA.