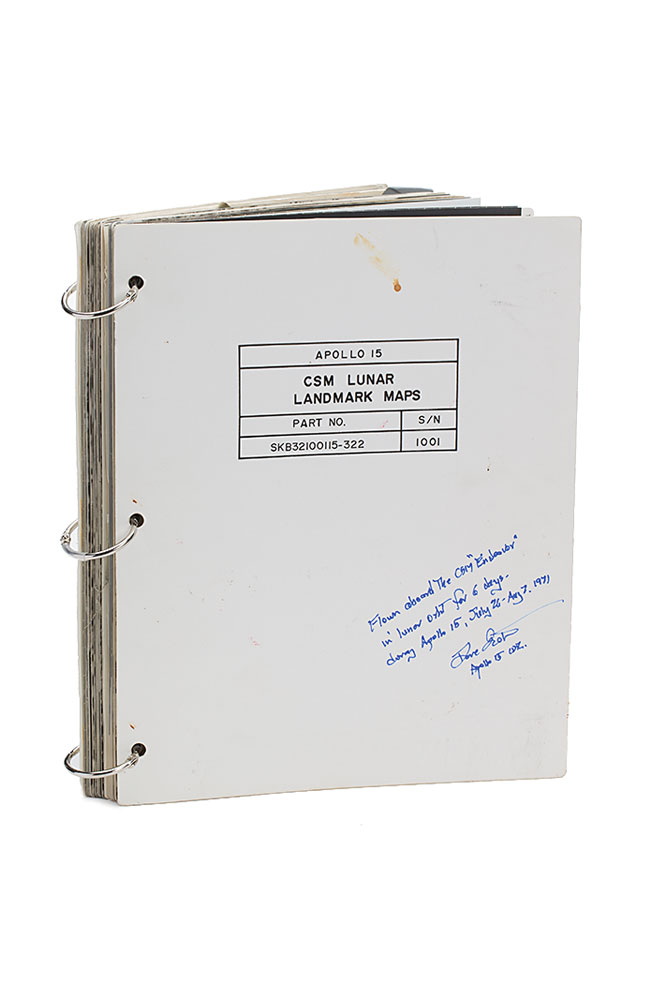 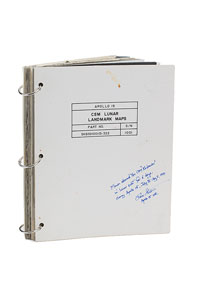 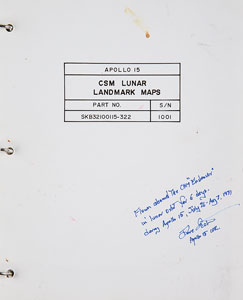 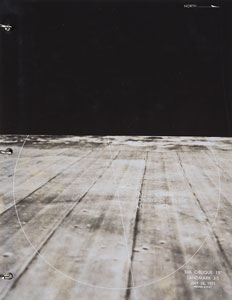 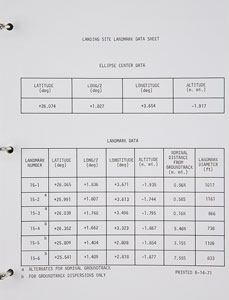 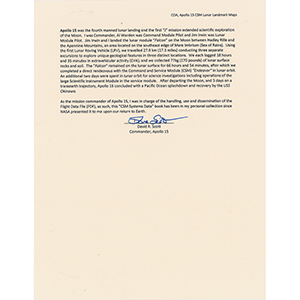 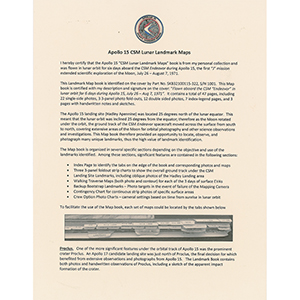 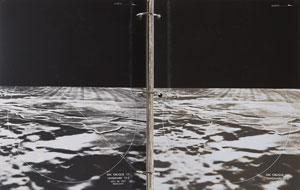 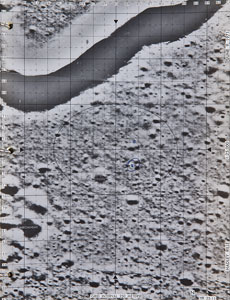 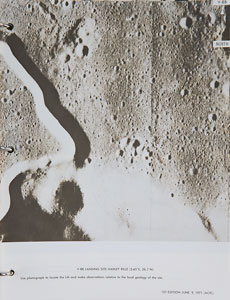 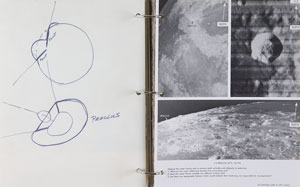 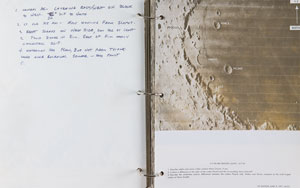 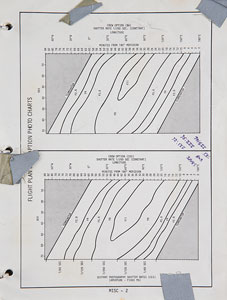 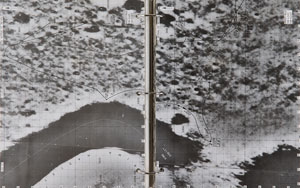 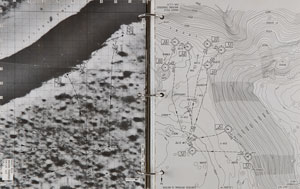 Dave Scott's flown Apollo 15 CSM Lunar Landmark Maps book carried to the moon during the Apollo 15 mission, 8.5 x 10.5, signed and flight-certified on the front cover in blue felt tip, "Flown aboard the CSM 'Endeavor' in lunar orbit for 6 days during Apollo 15, July 16-Aug 7, 1971, Dave Scott, Apollo 15 CDR." The cover identifies the ring-bound handbook: "Apollo 15, CSM Lunar Landmark Maps, Part No. SKB32100115-322, S/N 1001." The book contains a total of 47 sheets, primarily consisting of photographic plates depicting the lunar surface; many of these are double-sided, and three are fold-out three-panel pages showing the ground track under the CSM. Most pages are identified by tabs along the edge.

On the back of a page in the "Visual Targets" section, Scott sketched a diagram of the crater "Proclus" and identified two fault lines. On the back of another page, opposite a photograph of the Picard Region, Scott writes geological observations: "1. Central Pic—Layering East/West on block to west. 30° dip to north. 2. LT CLR FLR May—Mass wasting from slopes. 3. Great scarps on west side, can see at least 2 fault zones in rim. Rest of rim mostly concentric slip. 4. Waterman has flow, but not from Tsiolk. Looks like external source—Foss fault." A later section of the book contains traverse maps of the scheduled Apollo 15 EVAs. In fine condition, with expected wear from use; one of the three-panel fold-out pages is adhered to itself along a seam, and the "Crew Option Photo Charts" page is quite worn with four pieces of tape to the perimeter.

Accompanied by a signed letter of provenance from Scott, in part: "I hereby certify that the Apollo 15 'CSM Lunar Landmark Maps' book is from my personal collection and was flown in lunar orbit for six days aboard the CSM Endeavor during Apollo 15...The Apollo 15 landing site (Hadley Apennine) was located 25 degrees north of the lunar equator. This meant that the lunar orbit was inclined 25 degrees from the equator; therefore as the Moon rotated under the orbit, the ground track of the CSM Endeavor spacecraft moved across the surface from south to north, covering extensive areas of the Moon for orbital photography and other scientific observations and investigations. This Map book therefore provided an opportunity to locate, observe, and photograph many unique landmarks, thus the high value of landmark identification...One of the more significant features under the orbital track of Apollo 15 was the prominent crater Proclus. An Apollo 17 candidate landing site was just north of Proclus, the final decision for which benefited from extensive observations and photographs from Apollo 15. The Landmark Book contains both photos and handwritten observations of Proclus, including a sketch of the apparent impact formation of the crater."