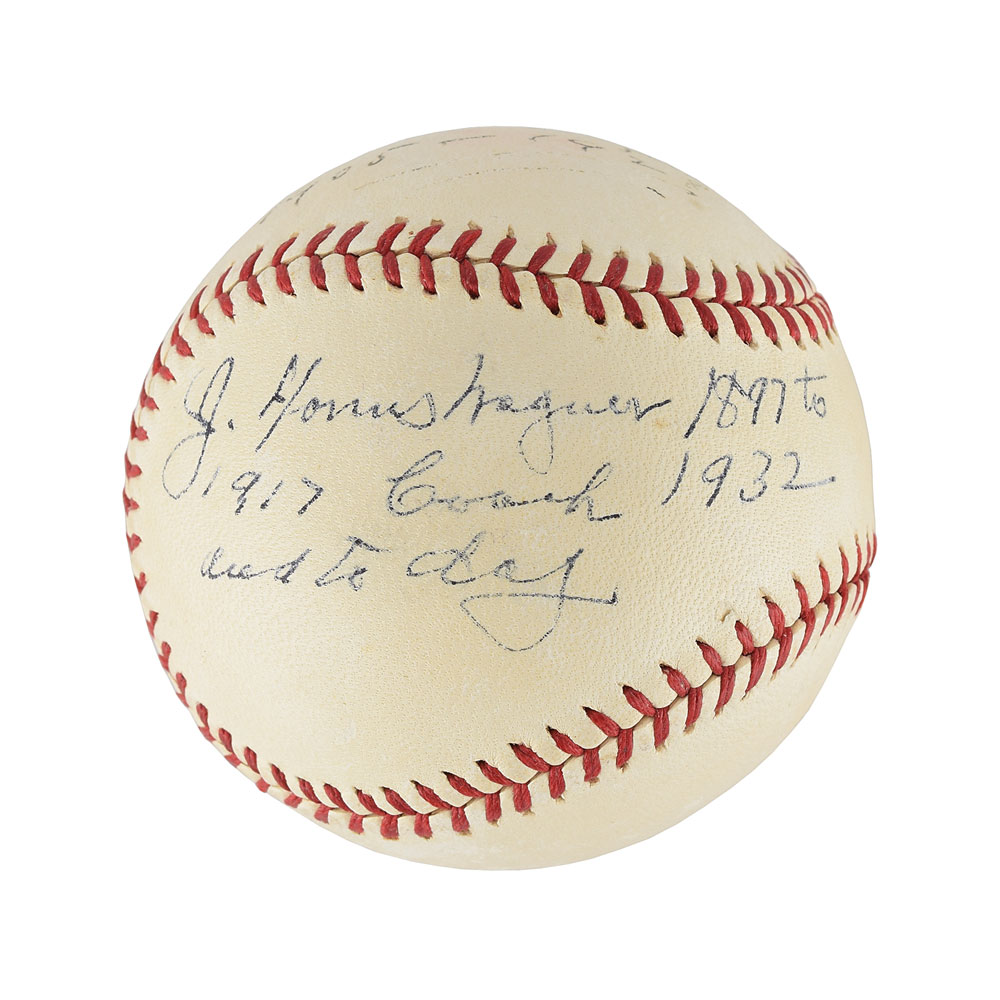 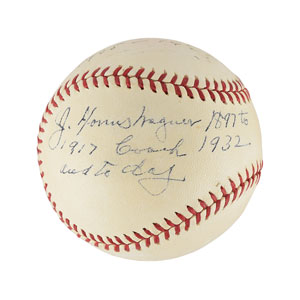 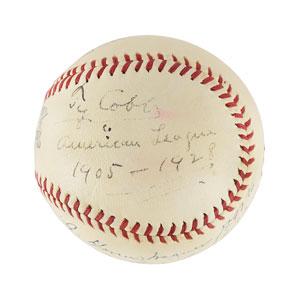 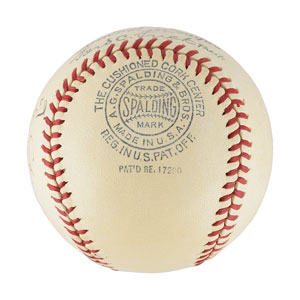 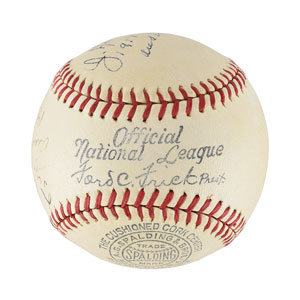 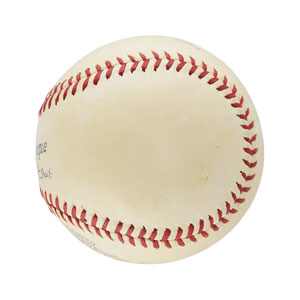 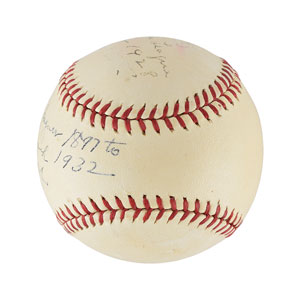 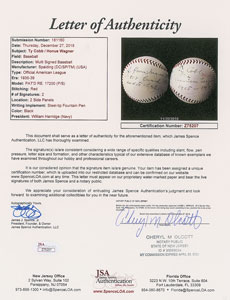 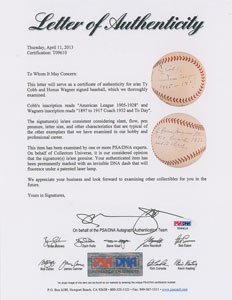 It was October 8th, 1909, the first game of the World Series, with the game's two biggest stars pitted against each other, each vying for their respective team's first World Championship. The two foes enter the field of combat to the overwhelming adulation of the enormous crowd on hand, all watching the pre-game festivities.

Ty Cobb, the fiery young upstart who is hated by opponents because of his take-no-prisoners approach, and Honus Wagner, the grand old man of the game and, at the time, the most dominant figure in all of sports, are on opposite sides of the field. Reporters and camera men, burdened by gigantic, archaic photography equipment of the day, crowd the area around home plate. Suddenly, and without warning, the two main combatants approach each other for one of the most significant handshakes in baseball history. The blast of bulbs from the monstrous picture machines are blinding as the key weapons of their craft are joined as one...'Cobb Shaking Hands With Wagner.' A phrase that over 100 years later still causes collectors hearts to race at a fever pitch!

That single historic moment in baseball history surely was the sole motivation of the astute collector/historian who, decades later, sought out each of these men to adorn the offered baseball with their prestigious signatures. No other individual dare put his 'John Hancock' near this orb!

And what a phenomenal relic it is! Ruth and Gehrig balls are common keepsakes in the face of this masterpiece marvel! We believe it to be unique in the world of autograph collecting. Wagner's ("8/9") signature has its own side panel and adjacent is Cobb's ("6/7") extremely legible signature with his classic flourish on this unused Near Mint Official National League ball. The Wagner panel reads, "J. Honus Wagner 1897 to 1917 Coach 1932 and today," while Cobb has penned "Ty Cobb American League 1905-1928." The "today" portion of Wagner's inscription indicates this ball was signed after that year, while Wagner was still involved with the Pirates. With both full years in baseball noted, it causes us to believe this ball was likely signed when Wagner and Cobb were both present, as the writing instrument appears similar. Therefore, we can conclude, but can not verify, that this ball could have been signed by both at the Inaugural Hall of Fame induction ceremony in 1939. This appears even more viable, as this Official National Ford Frick baseball was manufactured during the 1936-40 time period.

In the novice world of modern autograph collecting many less sophisticated hobbyists might refer to it as a 'stat ball' because of the historical notations by each player. It can easily be displayed in such a manner as to stop the most advanced collector in his tracks, instantly identifying the impossible pairing.

In our little auction world we toss around phrases like 'museum piece' and 'one-of-a-kind,' but really...wouldn't this be the most incredible piece in even the most advanced collector's vast holdings? Has anyone out there ever seen another one? How many Ruth/Gehrig or Mantle/Maris or 1927 Yankees or 1961 Yankees balls have been splashed all over the pages of catalogs from coast to coast for decades? Each commanding exorbitant sums from collectors who want to acquire bragging rights to the best there is in the world of sports.

We choose this piece to overwhelm our guests. It is not only historic by virtue of its uniqueness but it also serves as the ultimate representative of two of early baseball's brightest stars who were both Inaugural Inductees into the Hall of Fame in 1939.

Here we are, over 100 years removed from the historic handshake, and no one else has ever seen another.