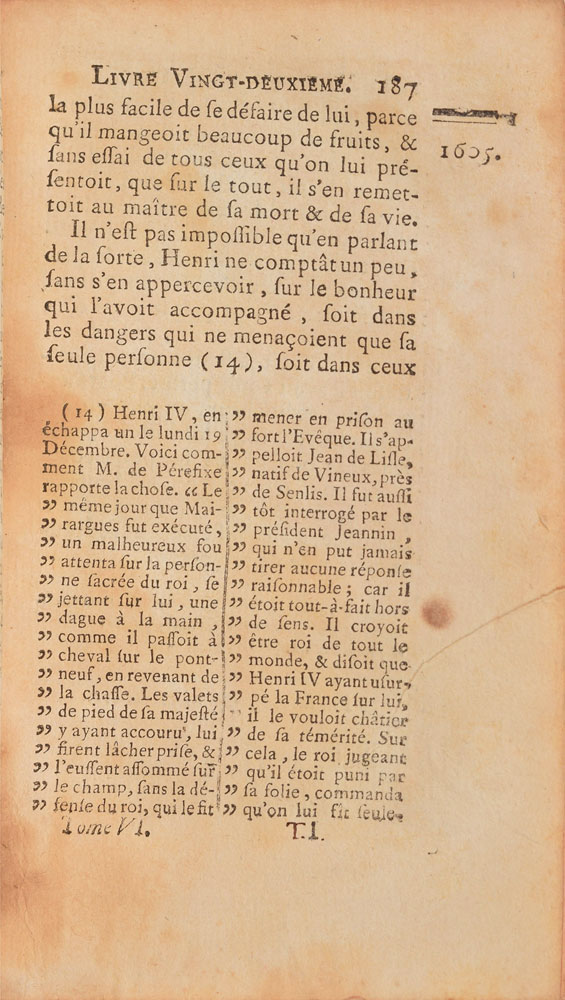 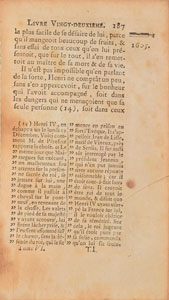 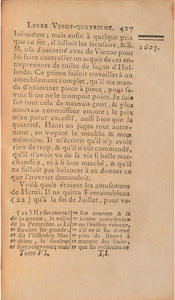 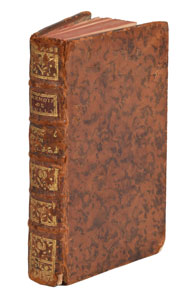 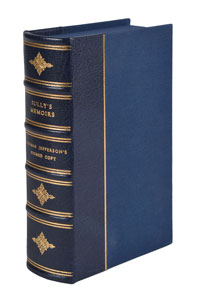 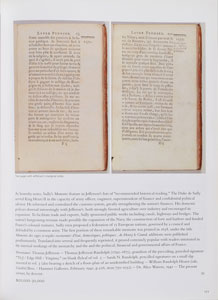 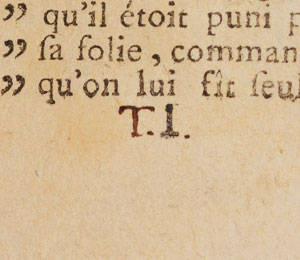 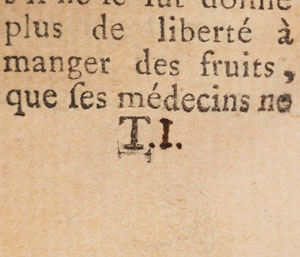 Signed book: Memoires de Maximilien de Bethune, duc de Sully, principal ministre de Henri le Grand, Vol. VI. Nouvelle Edition. Londres, 1767. Hardcover bound in contemporary French mottled calf with spines gilt in six compartments and gilt-lettered red morocco spine label, 4 x 6.75, 477 pages. Signed with his ownership initial, "T," beside the printed binder's signature mark, "I," at the bottom of page 187 (Jefferson's typical style of ownership signature used in books from his library in which he substituted "I" for "J"). Also marked again by Jefferson on page 427, where he adds an "I" to the binder's signature mark, "T." Book condition: VG/None, with wear, cracking, and flaking to leather. Accompanied by a handsome custom-made clamshell case and a letter of authenticity from University Archives.

Jefferson generally included Sully's Memoires on his lists of recommended historical reading; the present volume is from the set listed in the 1829 auction catalogue of Jefferson's library, but it was apparently kept by his grandson, Thomas Jefferson Randolph. Jefferson and Sully shared several common notions—like Jefferson, Sully favored agriculture over industry as an economic base, and encouraged internal improvements such as canals, roads, and bridges in order to facilitate trade. A wonderful example of a rarely seen volume from Jefferson's library, enhanced by Jefferson's admiration for its author.