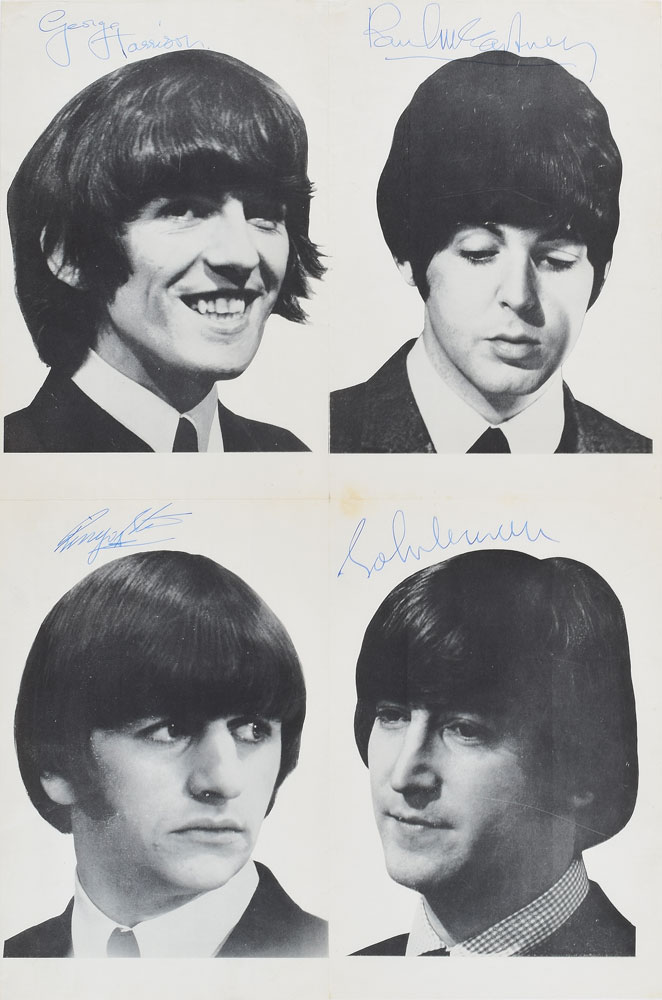 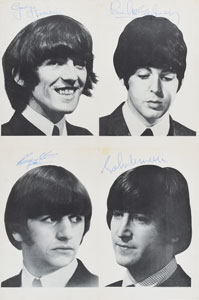 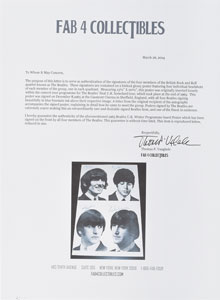 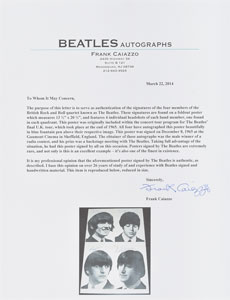 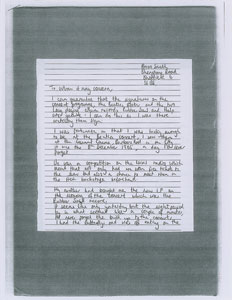 Exceptionally rare foldout glossy 13.5 x 20.5 poster featuring close-up portraits of each of the four members of the Beatles, signed in blue fountain pen, "John Lennon," "Paul McCartney," "George Harrison," and "Ringo Starr." This poster was originally loosely inserted within the program for the Beatles' final UK concert tour, which took place in 1965; this example was signed on December 8, 1965, at the Gaumont Cinema in Sheffield, England. In very good condition, with intersecting folds (as issued), moderate overall creasing, and a light stain near the center. Accompanied by letters of authenticity from Fab 4 Collectibles and from noted Beatles expert Frank Caiazzo, in part: "The obtainer of these autographs was the male winner of a radio contest, and his prize was a backstage meeting with The Beatles. Taking full advantage of the situation, he had this poster signed by all on this occasion. Posters signed by The Beatles are extremely rare, and not only is this an excellent example—it's also one of the finest in existence."

Also accompanied by a photocopy of a letter of provenance from the original recipient, describing his experience: "I was lucky enough to be at the Beatles concert, I saw them at the Gaumont Cinema…it was the 8th December 1965, a day I'll never forget. We won a competition on the local radio which meant that not only had we won free tickets to the show but also a chance to meet them in the flesh backstage beforehand…On the night of the show, we were escorted into a room…to see the Beatles just sat there talking and smoking away. It was strange and I just froze, one of the others went forward and they started talking so I moved forwards nervously until Ringo asked me my name. He signed all my stuff then so did John, Paul and George." An absolutely amazing oversized, fully signed Beatles piece.