At the start of 1776, Washington calls the minutemen into Continental service 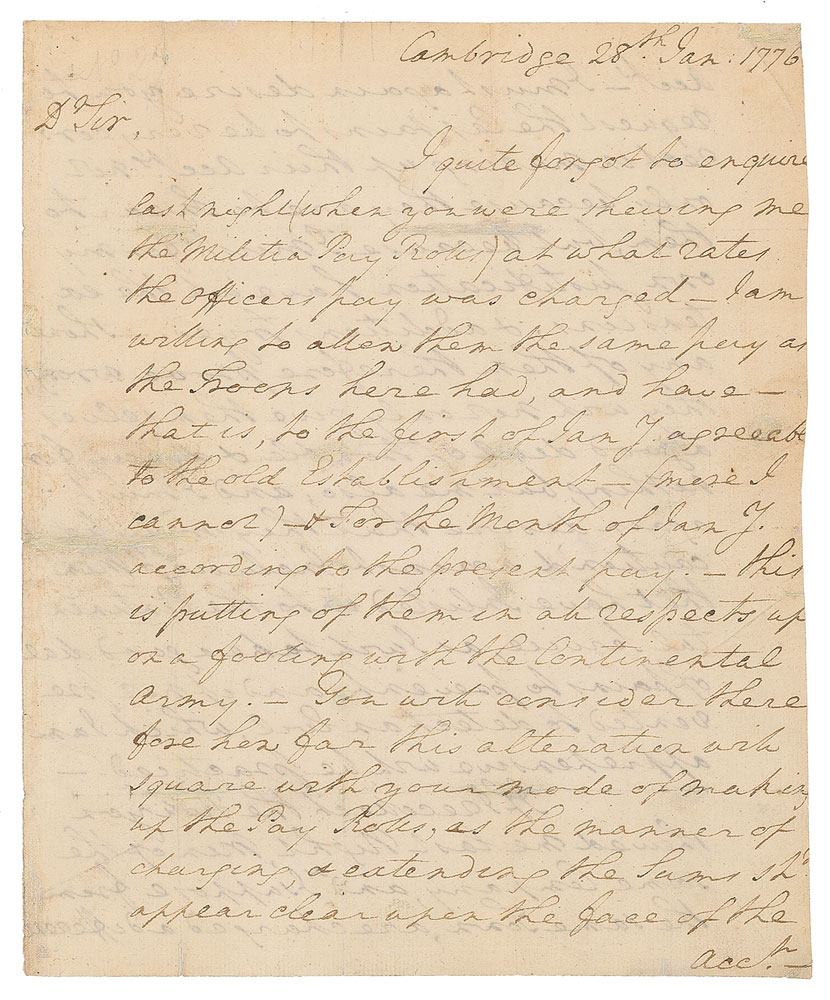 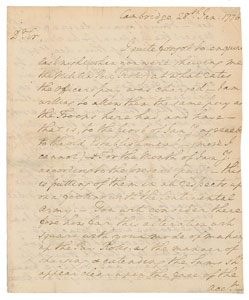 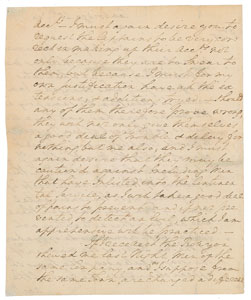 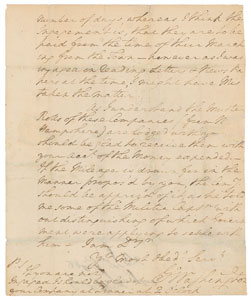 At the start of 1776, Washington calls the minutemen into Continental service

Revolutionary War-dated ALS signed “Go: Washington,” three pages on two sheets, 7.5 x 9, January 28, 1776. Important letter to Brigadier General John Sullivan, written from Cambridge, Massachusetts. In full: "I quite forgot to enquire last night (when you were shewing me the Militia Pay Rolls) at what rates the Officers pay was charged—I am willing to allow them the same pay as the Troops here had, and have—that is, to the first of Jan'y agreeable to the old Establishment—(more I cannot)—& For the Month of Jan'y according to the present pay—this is putting of them in all respects upon a footing with the Continental Army.—You will consider therefore how far this alteration will square with your mode of making up the Pay Rolls, as the manner of charging, & extending the Sums sh'd appear clear upon the face of the Accts—I must again desire you to request the Captains to be very correct in making up their Accts not only because they are to Swear to them, but because I must for my own justification have all the extensions, & additions tryed. Should any of them therefore prove wrong, they will not only give themselves a good deal of trouble & delay for nothing, but me also; and I must again desire that they may be caution’d against Including Men that have Inlisted into the Continental Service, as I will take a good deal of pains to prevent, and if not prevented, to detect an Evil, which I am apprehensive will be practiced.

If I recollect the Roll you shewed me last Night, Men of the same Company, and as I suppose from the same Town, are charged a different Number of days, whereas I think the Ingagement is, that they are to be paid from the time of their Marching from the Town—however as I was ingaged in reading Letters & News Papers at the time, I might have Mistaken the matter.

As I understand the Muster Rolls of these Companies (from N[ew] Hampshire) are lodged with yo[u. I] should be glad to receive them with your Acct of the Money expended. If the Mileage is drawn for in the Manner propos’d by you, the Com'y should be appriz’d of it, as he told me some of the Militia Capt'ns with out distinguishing of which Government, were applying to settle with him." He adds a postscript at the conclusion: "P.S. If you are not Ingaged I should be glad of your Company at Dinner at 2 O’clock." Addressed on the reverse of the second page in Washington's hand, "To Brigad'r Gen'l Sullivan, Winter Hill." In fine condition, with trimmed edges, and extremely well-done professional repairs to folds and seal-related paper loss.

The payrolls that Sullivan showed to General Washington were for the New Hampshire militiamen who served with the Continental Army from about December 10th to the end of January. On January 11th, Washington had given Sullivan a warrant for $5,682, apparently as a partial advance on the pay due to the New Hampshire militia. Most of the warrants for the balance of their pay were issued to the captains or lieutenants on February 1st and 2nd. Washington was keenly aware of the necessity of retaining the services of the various regiments of minutemen—they were some of the best-trained troops available at the outbreak of the war, and it was imperative that they be compensated as such. Expiring enlistments had reduced the Continental Army’s manpower, and had already prompted the hasty and disastrous invasion of Quebec in December 1775, in which Richard Montgomery was killed and Benedict Arnold was wounded. Washington, building up his army in preparation for an attack on British-held Boston, could not afford to lose any of his most skilled soldiers. Within three months, Washington’s troops fortified Dorchester Heights, overlooking Boston and its harbor, and successfully drove the British away. A superb, important autograph letter from the beginning of a most historic year.