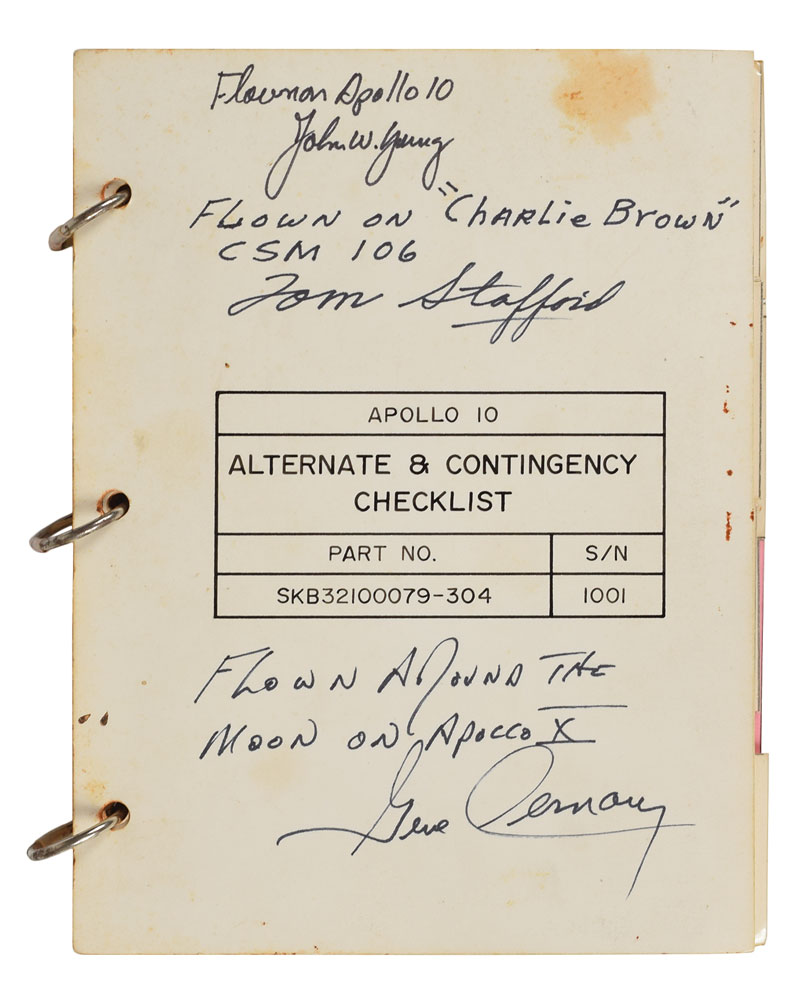 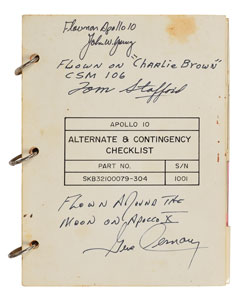 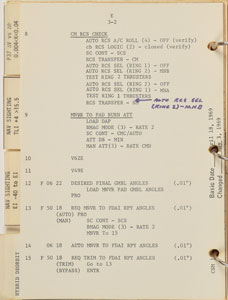 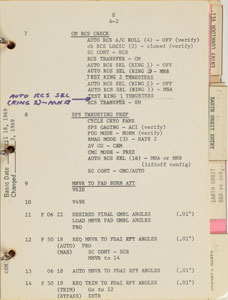 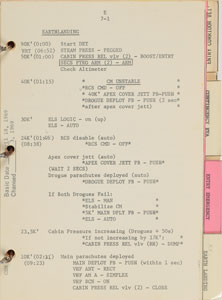 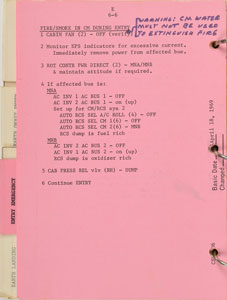 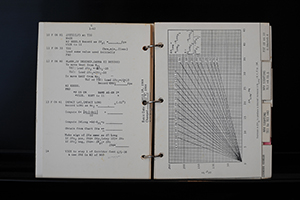 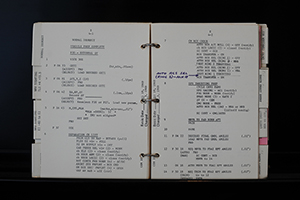 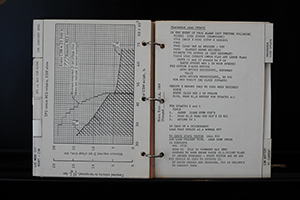 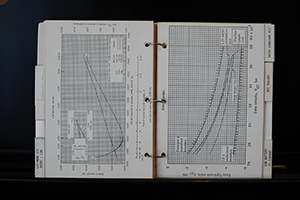 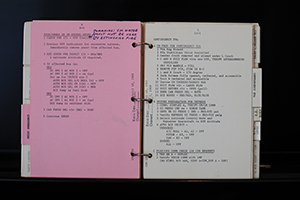 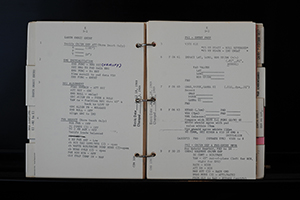 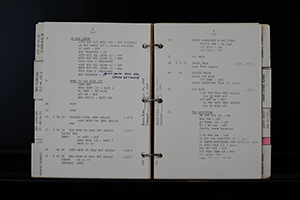 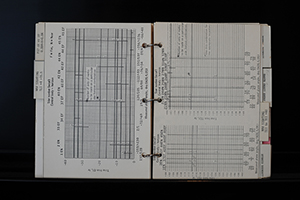 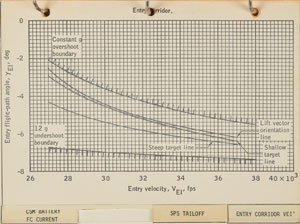 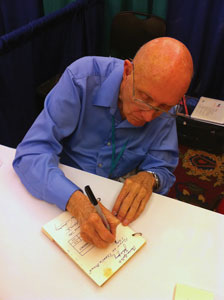 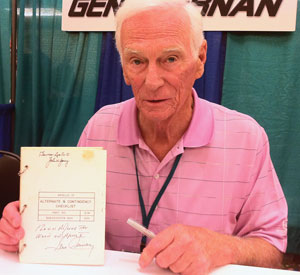 Previous Lot
Next Lot
This lot has closed
Estimate: $14000+

Exceptional complete ring-bound "Alternate & Contingency" checklist carried on the Apollo 10 mission, 6 x 8, 44 double-sided pages, signed and flight-certified on the front cover in black felt tip by the entire crew, "Flown on Apollo 10, John W. Young," "Flown on 'Charlie Brown,' CSM 106, Tom Stafford," and "Flown Around the Moon on Apollo X, Gene Cernan." The front cover reads: "Apollo 10, Alternate & Contingency Checklist, Part No. SKB32100079-304, S/N 1001." The covers are heavyweight cardstock boards, and the inner pages are a lighter cardstock. The checklist provides vital data and procedures to be used in the event of an emergency or unexpected situation, and is divided into several sections by plastic-coated tabs, including: "Nav Sighting," "Normal Deorbit," "Earth Orbit Entry," "Earth Landing," "Entry Emergency," "Contingency EVA," "SPS Tailoff," and various others. Several pages have brief handwritten notations, including notes on the Reaction Control System and a warning not to use water from the Command Module's supply to extinguish a fire. In fine condition, with a stain on the cover and expected wear from use.

The 'dress rehearsal' for the first moon landing, Apollo 10 successfully tested all of the spacecraft components and the procedures involved in a lunar landing, flying to within 9.6 miles of the lunar surface. The Apollo 10 Command Module was nicknamed 'Charlie Brown' by the crew, thus Stafford's inscription on the cover. This complete flown checklist would have been an essential resource for the astronauts of Apollo 10 in the case of an emergency 239,000 miles from home. As a fully crew-signed, astronaut-certified flown piece, this checklist is of the utmost desirability.