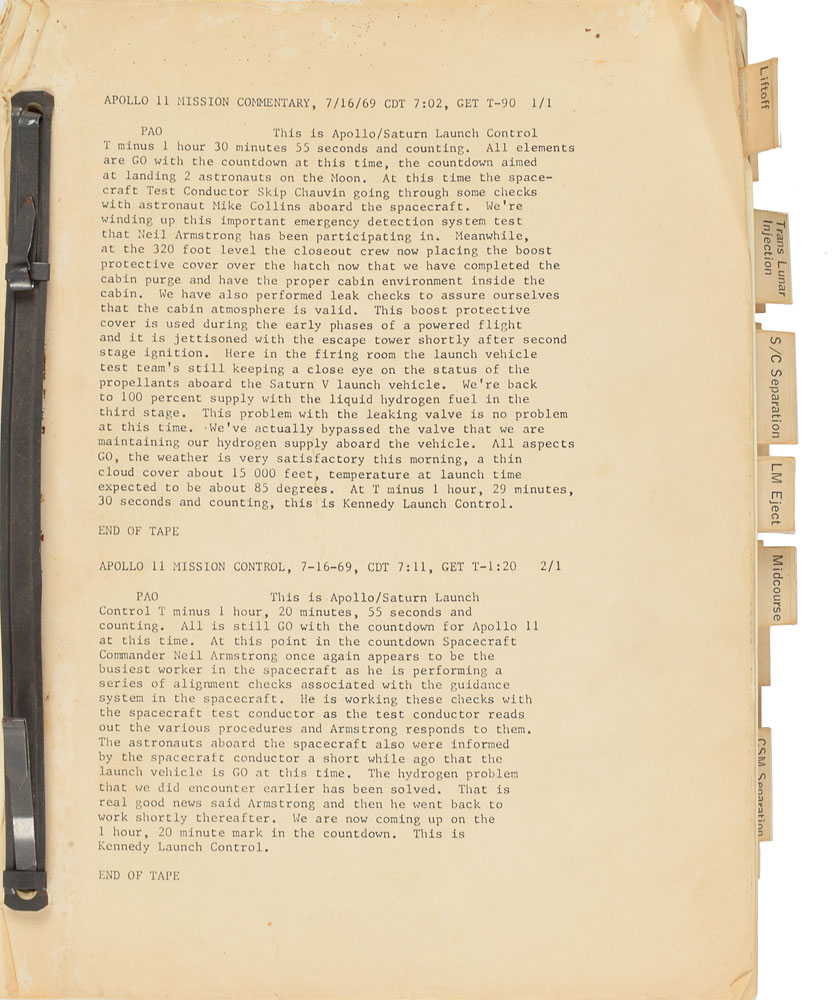 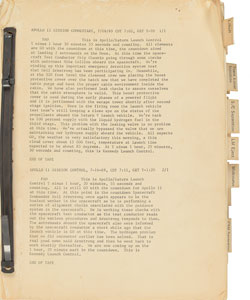 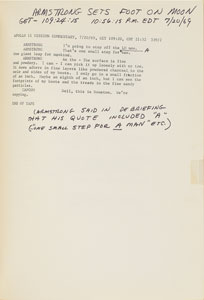 Massive bracket-bound manual consisting of “Apollo 11 Mission Commentary," 8.5 x 11, over 600 pages, dated between the launch date of July 16, and the splashdown date of July 24, 1969. The manual is divided into tabbed sections that include: Liftoff, Trans Lunar Injection, S/C Separation, LM Eject, Midcourse, LOI-1, LOI-2, Eagle Undock, CSM Separation Maneuver, Eagle DOI, Eagle PDI, Eagle Landing, EVA, Armstrong on Moon, Crew Ingress, Eagle Liftoff, CSM/LM Dock, LM Jettison, TEI, Midcourse Correction, CM/SM Separation, 400,000 Feet, and Splash. Section 339, page 2 features Armstrong’s famous line, “That’s one small step for man. One giant leap for mankind,” and is annotated by the original owner of the manual, Jack King. In fine condition. From the personal collection of Jack King, who served as the Kennedy Space Center Chief of Public Information during projects Mercury, Gemini and Apollo. King provided public announcements and commentary for several of the mission launches, including the announcement of the Apollo 11 launch, which earned him the nickname ‘Voice of Apollo.’ Originating from the Astronaut Scholarship Foundation, a portion of the proceeds for the sale of this item will be donated to the ASF.