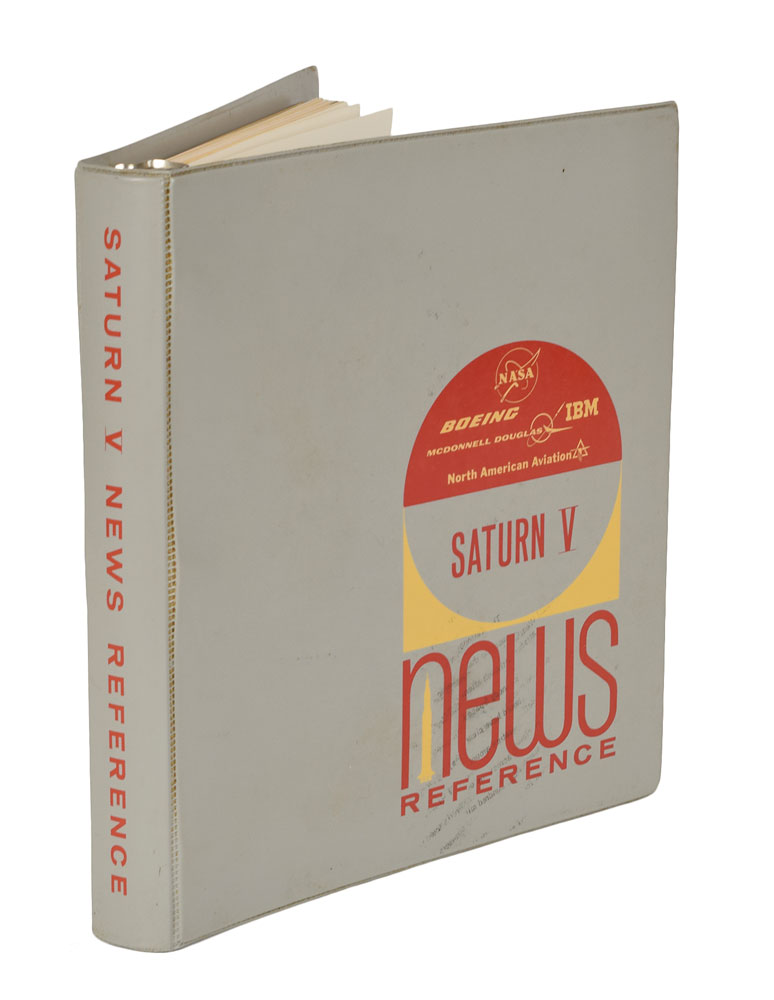 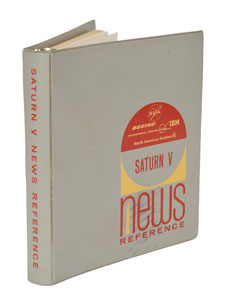 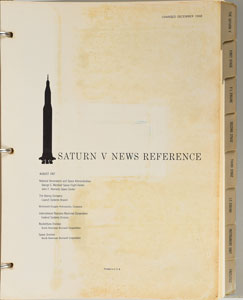 Uncommon ring-bound manual for the "Saturn V News Reference," 9 x 11, 91 pages, dated August 1967. Prepared by the five major Saturn V contractors: The Boeing Company; McDonnell Douglas Astronautics Company; Space Division of North American Rockwell Corporation; Rocketdyne Division of North American Rockwell Corporation; and International Business Machines Corporation in cooperation with NASA. The manual is designed to serve as an aid to newsmen in present and future coverage of the Saturn V in its role in the Apollo program and as a large launch vehicle, and is divided into several sections: The Saturn V, First Stage, F-1 Engine, Second Stage, Third Stage, J-2 Engine, Instrument Unit, Facilities, Testing, Vehicle Assembly and Launch, Program Management, Flight History, Glossary, Subcontractors, and Index. Housed in its original gray binder, with inside front cover of binder bearing an affixed NASA business card belonging to Charles Hollinshead. In fine condition. From the personal collection of Jack King, who served as the Kennedy Space Center Chief of Public Information during projects Mercury, Gemini and Apollo. King provided public announcements and commentary for several of the mission launches, including the announcement of the Apollo 11 launch, which earned him the nickname ‘Voice of Apollo.’ Originating from the Astronaut Scholarship Foundation, a portion of the proceeds for the sale of this item will be donated to the ASF.