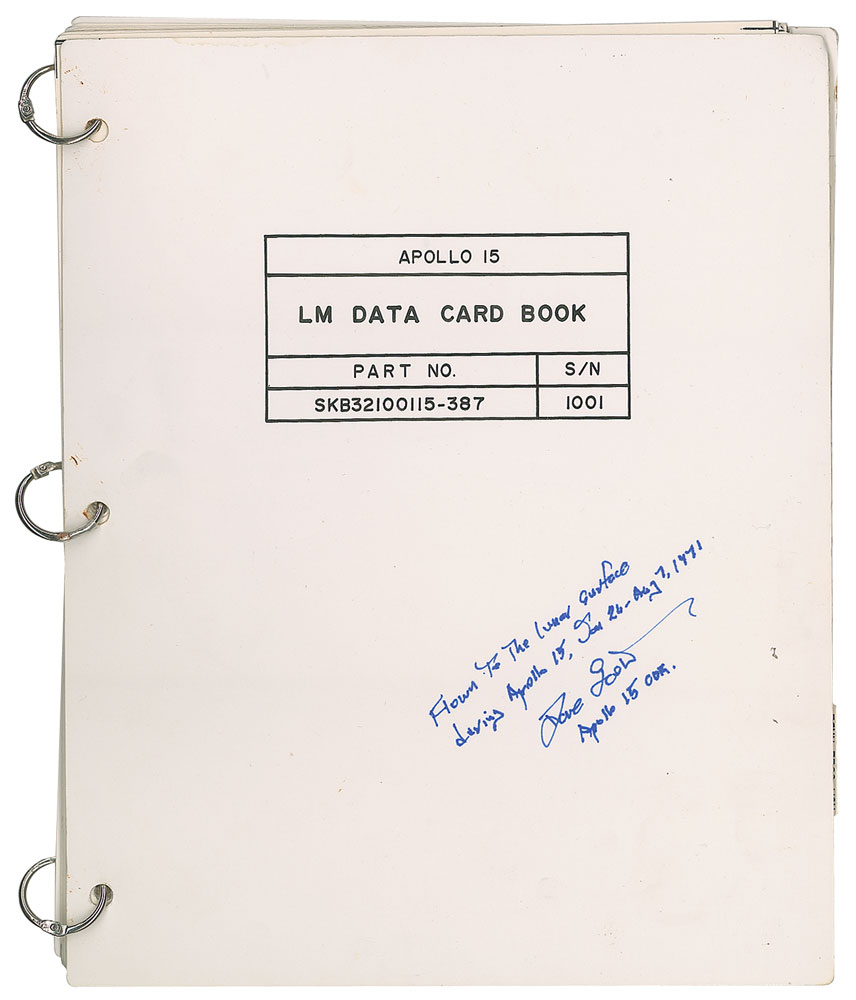 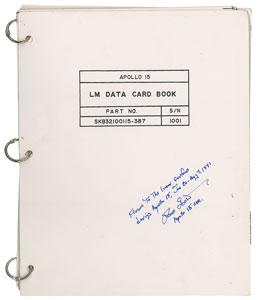 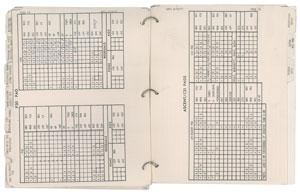 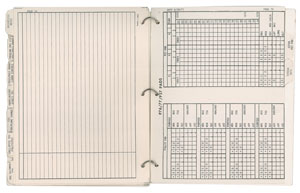 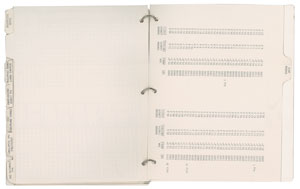 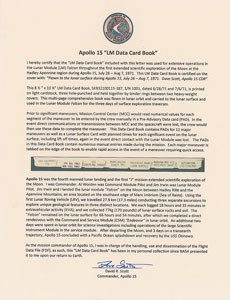 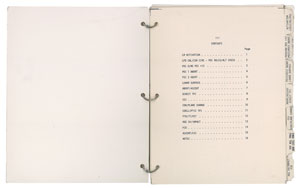 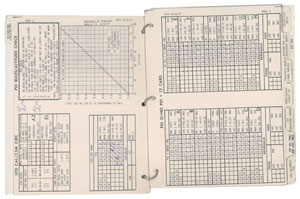 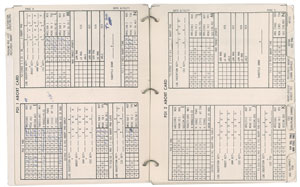 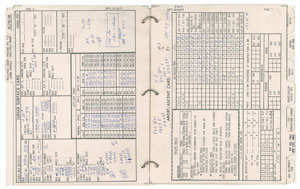 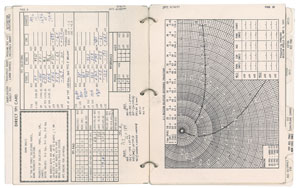 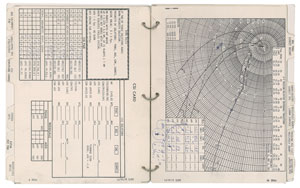 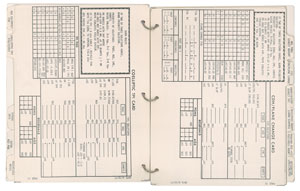 Dave Scott's ring-bound LM Data Card book used for extensive operations in the Lunar Module Falcon during Apollo 15, measuring 8.5 x 10.5, containing 13 individual sheets (most double sided) inside two heavier cardstock covers, signed and flight-certified on the front cover in blue felt tip, "Flown to the lunar surface during Apollo 15, July 26-Aug 7, 1971, Dave Scott, Apollo 15 CDR." The book is identified on the front cover as "Part No. SKB32100115-387, S/N 1001," and contains Pre-Advisory Data cards individually tabbed to enable rapid reference by the crew in the event of a maneuver requiring quick access. These pages were extensively annotated during the mission, denoting specific times of events; figures for latitude, longitude, and attitude; entries into the Apollo Guidance Computer in their verb-noun sequence; and notations concerning spacecraft trajectory. On the last page, tabbed for "Ascent/CSI Notes," are notations in Jim Irwin's hand concerning the oxygen leak discovered on their first morning on the moon, in part: "Des O2 Close, (1) If leak stops, both valve close & urine QD, (2) then possibly cycle open on dump valves." Dave Scott and Jim Irwin had been woken up an hour early before their first EVA, after Mission Control recognized an oxygen leak in the LM Falcon. The astronauts discovered that although the urine quick disconnect (QD) was capped, the valve was in the open position allowing oxygen to leak out. Irwin's discussion with Mission Control on the subject can be found in the transcripts beginning at 115:37:11 MET. In fine condition.

Accompanied by a signed letter of provenance from Dave Scott, in part: "This multi-page comprehensive book was flown in lunar orbit and carried to the lunar surface and used in the Lunar Module Falcon for the three days of surface exploration traverses. Prior to significant maneuvers, Mission Control Center (MCC) would read numerical values for each segment of the maneuver to be entered by the crew manually in a Pre-Advisory Data card (PAD). In the event direct communications or transmissions between MCC and the spacecraft were lost, the crew would then use these data to complete the maneuver. This Data Card Book contains PADs for 12 major maneuvers as well as a Lunar Surface Card with planned times for each significant event on the lunar surface, including all lift off times, again in the event direct contact with the Lunar Module was lost. The PADs in this Data Card Book contain numerous manual entries made during the mission…This 'LM Data Card Book' has been in my personal collection since NASA presented it to me upon our return to Earth."