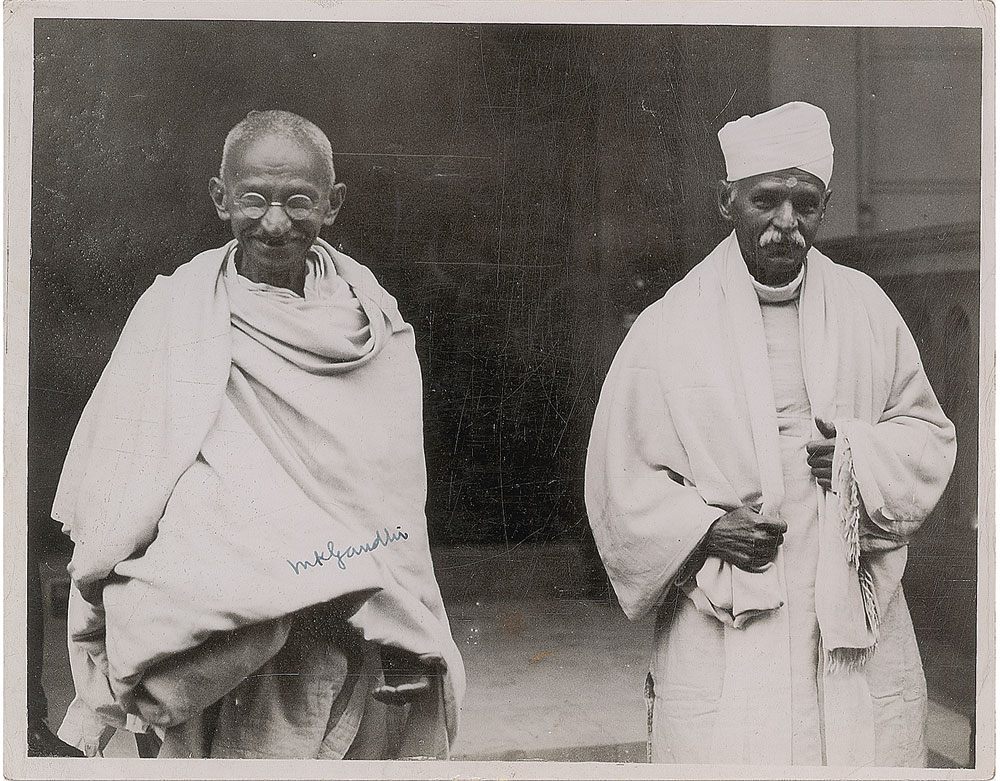 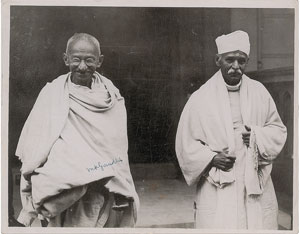 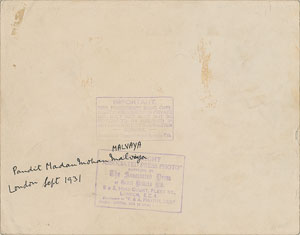 As the delegate acting on behalf of the Indian National Congress, Gandhi attended the second session of the British-organized Round Table Conference, a three-part conference series held in London from 1930 to 1932, with the aim of discussing the ongoing constitutional reforms in India. Malaviya, who had formerly been president of the Congress and played a significant role in the Gandhi-led non-cooperation movement, joined him as a representative advocating for a free India. From September 7-December 11, 1931, Gandhi issued several claims—Congress alone represented political India; the dalit, or 'untouchables,' were Hindus and not minorities; and that there should be no separate electorate for Muslims—all of which were rejected by the attending delegates. Unable to reach an agreement, Gandhi returned to India and was arrested in Bombay on January 4, 1932, for 'good and sufficient reasons.' Interestingly, this signed photo also dates to a period in which Gandhi, suffering from pain in his right thumb, opted to write with his left hand, a temporary inconvenience that lasted from August 8-December 19, 1931. Previously sold by Sotheby's of New York, December 1998.