Churchill's personally-smoked cigar from a 1947 trip to Paris 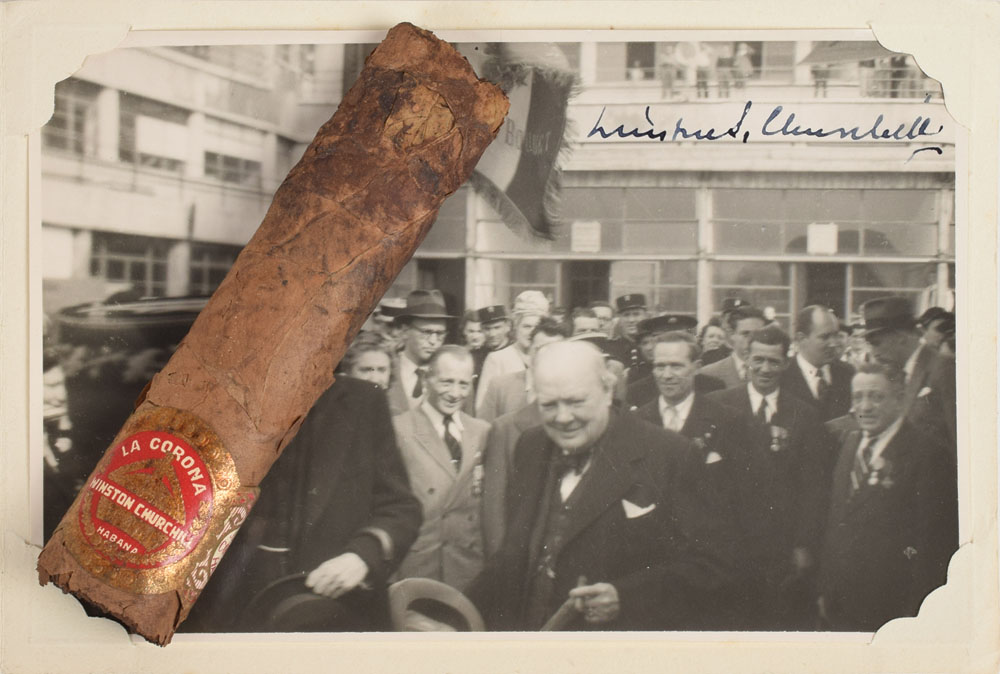 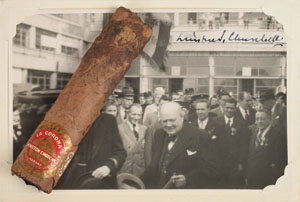 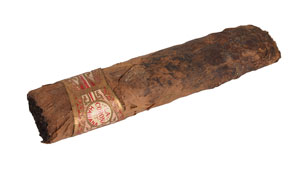 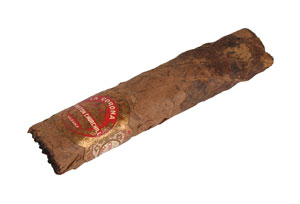 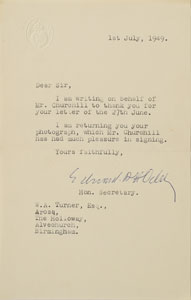 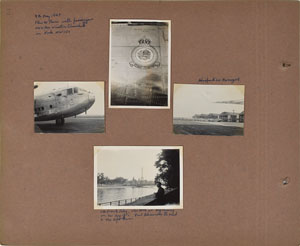 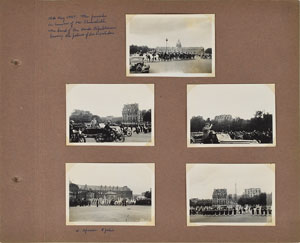 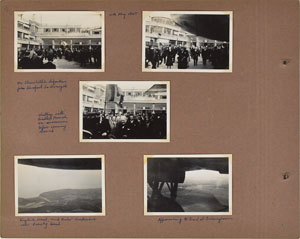 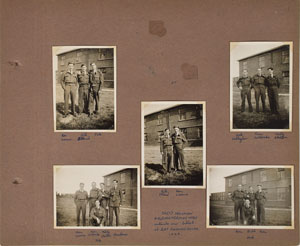 Churchill's personally-smoked cigar from a 1947 trip to Paris

Winston Churchill's half-smoked cigar from May 11, 1947 at Le Bourget Airport in Paris, measuring 4″ long, retaining the "La Corona / Winston Churchill" red-and-gold band at the end. The cigar was retained by Corporal William Alan Turner, Air Quartermaster with 24 Squadron Transport Command, who was a member of the cabin crew that flew Churchill and his wife from RAF Northolt to Paris and home again. Includes a semi-glossy 5.75 x 3.75 candid photo of Churchill just before boarding his plane, this cigar in hand, signed in fountain pen, "Winston S. Churchill," contained in a small folder with Corporal Turner's pencil annotations on the opposite side: "A photograph I took from the doorway of York MW101 at Le Bourget airport, Paris, on 11th May 1947 just before we flew black to Northolt. He is surrounded by French ex-servicemen with whom he had been chatting. He stubbed out his cigar in an ashtray when he came aboard, and I took the remains into protective custody." Accompanied by a letter from Churchill's secretary, dated July 1, 1949, transmitting the signed photo to Turner. Also includes two of Turner's scrapbook pages bearing nineteen affixed candid photos recording the trip, showing other members of the 24 Squadron, the York MW101 airplane, sightseeing in Paris, the parade honoring Churchill, and Churchill's departure from Le Bourget. During the trip, Churchill went to the Palace des Invalides where he was awarded France's highest military honor, the Medaille Militaire. The cigar was an integral component of Churchill's public image, making this personally-smoked example a truly delightful relic of history. Boasting superb photographic provenance, it is of the utmost desirability.