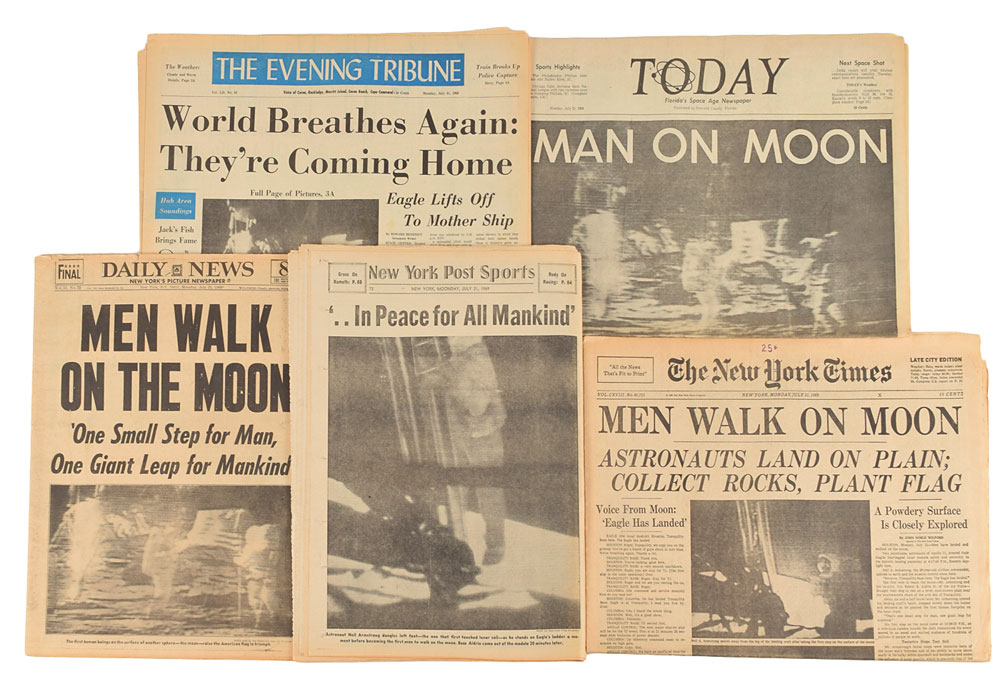 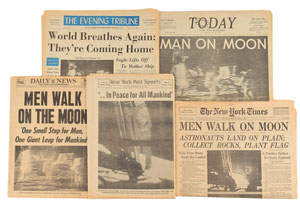 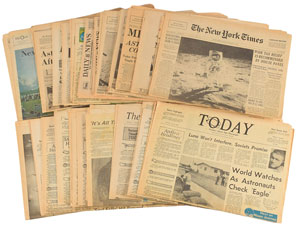 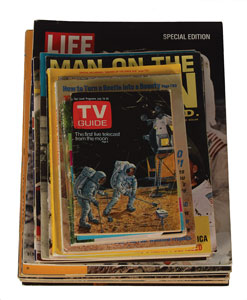 Large assemblage of newspapers and magazines relating to the Apollo 11 mission and moon landing on July 21, 1969. The collection features nearly 30 period newspapers, dated between July 2 and August 1, 1969, each featuring memorable cover stories and articles related to the Apollo 11 mission, with publications including (with a few duplicates): The New York Times (6), Today (12), Orlando Sentinel, The Evening Tribune (2), The Washington Post, The Miami Herald (2), New York Post, and the Daily News (3). Includes a group of 17 magazines, dated between May and December 1969, each relating to the mission, with publications including: Aviation Week & Space Technology, Life (6), National Geographic (December 1969), Newsweek (3), Popular Mechanic, Reader’s Digest (October 1969), Time (2), TV Guide (July 19-25), and U.S. News & World Report. Also includes a group of three special magazines: Touchdown on the Moon, published by the New American Library, Apollo 11: On the Moon by Look Magazine, and Man on the Moon, Collector’s Edition, by M. F. Enterprises. In overall very good to fine condition. From the collection of Dan Schaiewitz, who worked as Extravehicular Crew Training Engineer at KSC. View Dan's many Collect Space posts here. Engineer Dan Schaiewitz gives us a fascinating firsthand glimpse into his experiences on the cutting edge of space exploration during the Apollo missions, in this podcast.