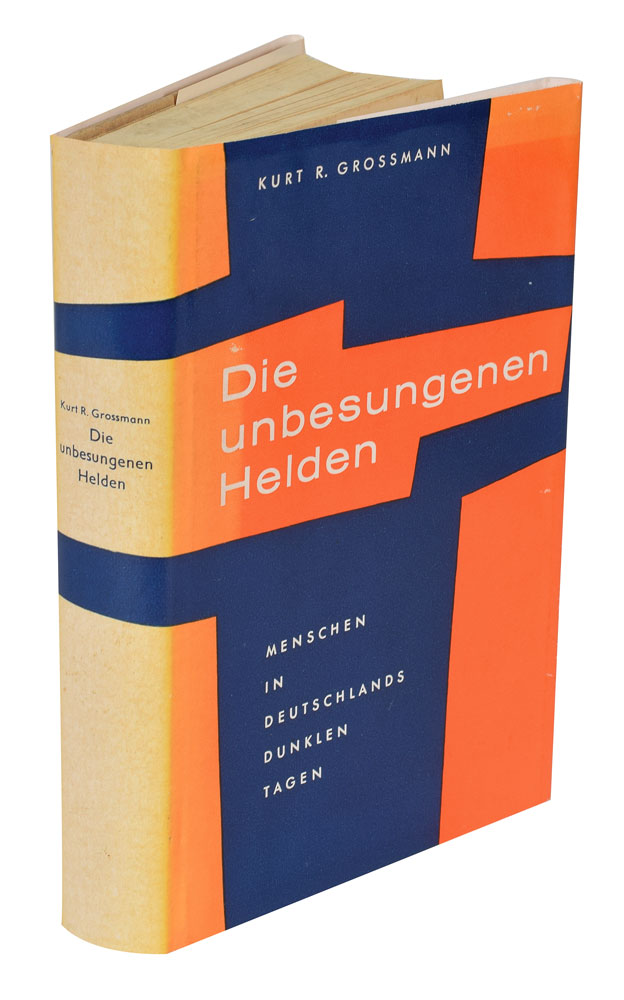 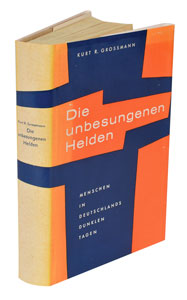 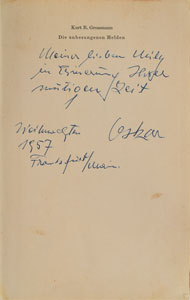 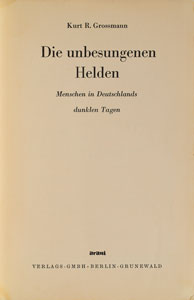 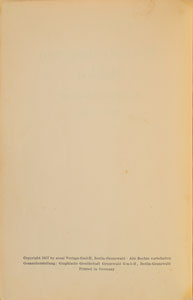 Signed book in German: The Unbesungen Helden [The Unsung Heroes] by Kurt R. Grossmann. First edition. Berlin: Arani, 1957. Hardcover with dust jacket, 5.25 x 7.5, 388 pages. Signed and inscribed on the half-title page in ballpoint to his wife Emilie in German (translated), "To my dear Mily, in remembrance of her courageous time, Oskar, Christmas, 1957, Frankfurt am Main." Autographic condition: fine, with a few tiny stains to signed page. Book condition: VG-/VG, with some staining around the edges of the cloth, and some skinning and degradation at the bottom of the spine, and areas of color variance to the dust jacket from light exposure.

The best known work by German journalist Kurt Grossmann, The Unsung Heroes chronicles the heroic wartime resistance activities of German citizens; it includes a chapter on Schindler. He and Emilie had exhausted their savings in their work to save 1,200 Jews via their enamelware factory during World War II, and in 1949, with financial help from a Jewish organization, moved to Argentina to begin farming. By 1957, however, Schindler had become bankrupt and returned to West Germany alone—he never saw his wife again, although they remained married. Oskar Schindler did not publish any books himself and we have located no other volumes signed by him on the market in over 50 years of records—this is, to our knowledge, the only known book signed by Schindler.