Fully signed by Astronaut Groups 1-3, including every crew from Mercury through Apollo 12, plus NASA's tragic early fatalities 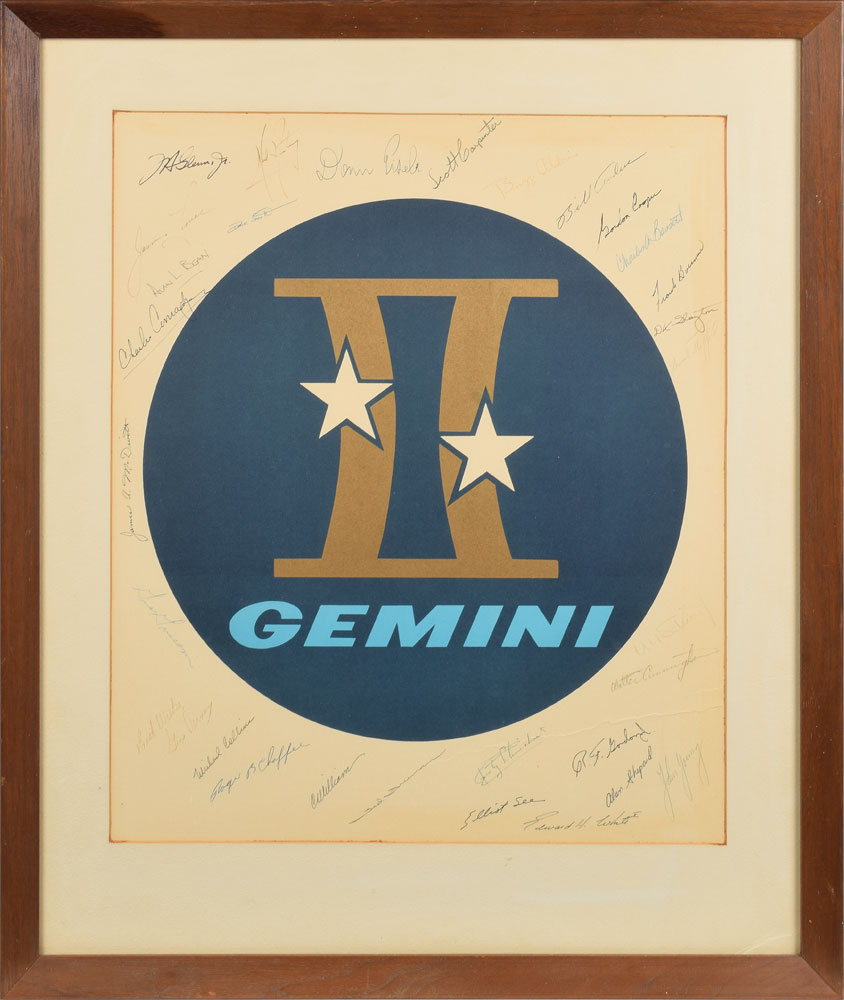 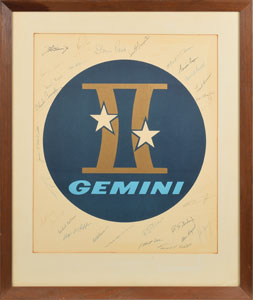 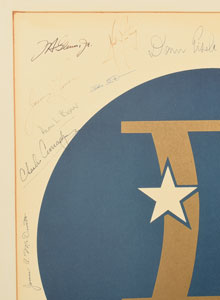 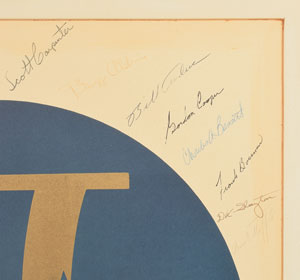 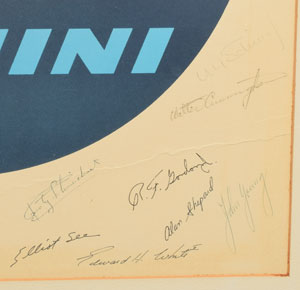 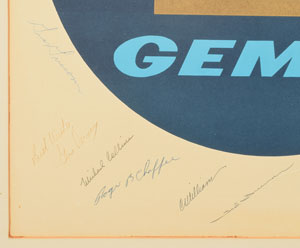 Fully signed by Astronaut Groups 1-3, including every crew from Mercury through Apollo 12, plus NASA's tragic early fatalities

Extraordinary and excessively rare vintage color 15.75 x 18.75 lithograph of the Gemini Program insignia, signed in ink by all 30 astronauts selected in NASA Groups 1, 2, and 3. This example—perhaps the only one in existence, and the first piece we have offered to be fully signed by the first 30 astronauts selected—originates from the collection of Colin Harrison, who was responsible for the integration of the Titan ICBM into the Strategic Air Command inventory as test stand manger, chief of test, and project manager for Martin Marietta.

In 1961 Colin was transferred to the Manned Spacecraft Center in Houston, Texas, to be the company project manger for the Gemini program. This transfer put Colin in the right place at the right time to allow him to obtain this remarkable assemblage—as project manger for the Titan booster, he was in immediate contact with the entire astronaut corps.

This piece represents the largest group of astronauts possible to obtain prior to a fatality; Ted Freeman, who was selected as part of Group 3 in October 1963, was killed in a T-38 jet crash a year later on October 31, 1964, marking the first fatality of NASA's astronaut corps. This leaves just one year for these signatures to be collected—long before any of these astronauts knew of their future mission assignments in the Gemini and Apollo programs. Every crew from Mercury through Apollo 12 is represented here, as are those who were killed before they could fly in space—See, Bassett, Chaffee, Freeman, and Williams.