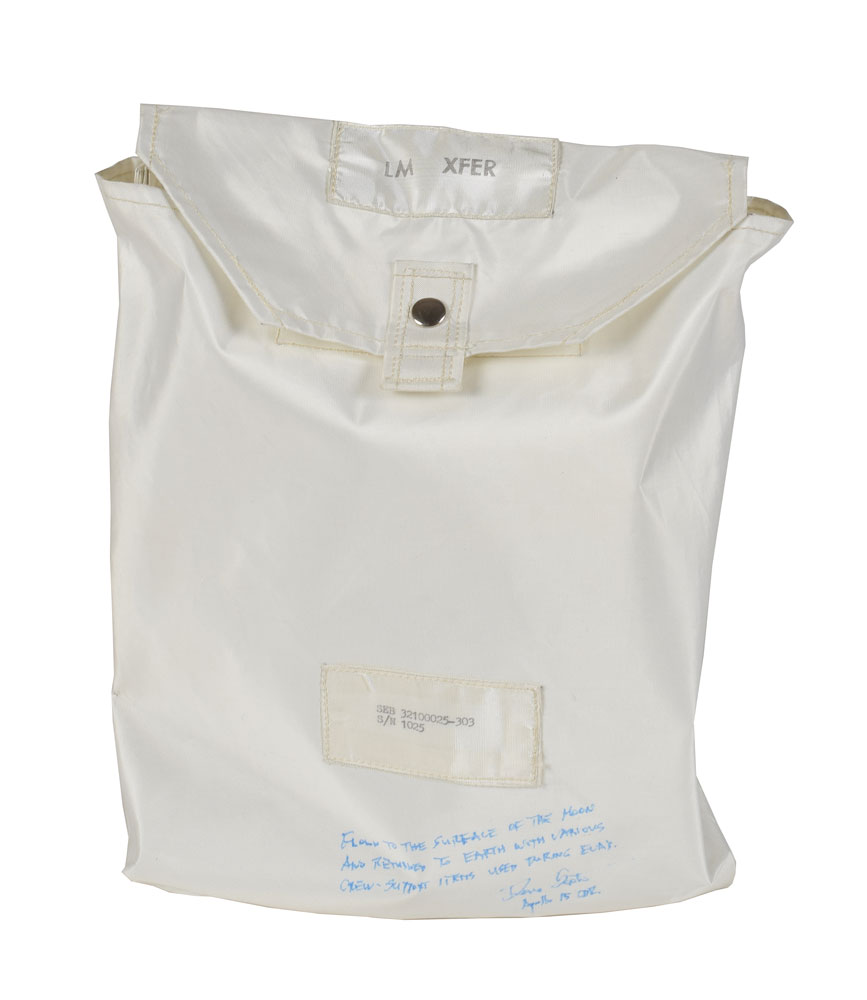 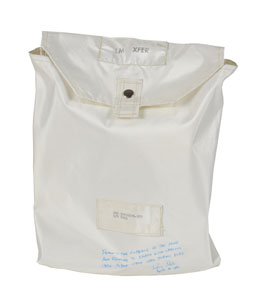 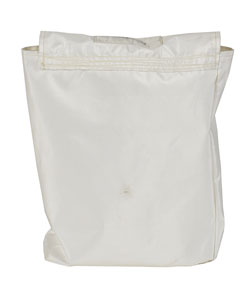 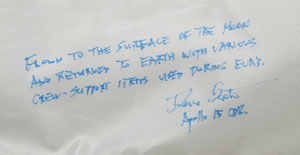 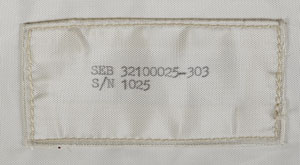 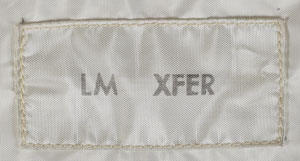 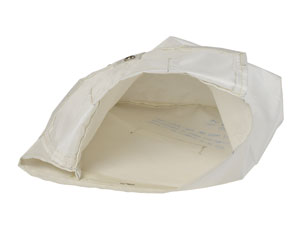 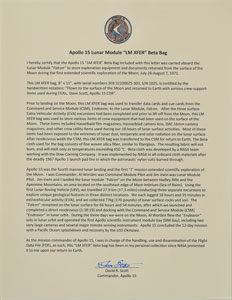 Dave Scott's flown lunar module transfer Beta bag carried to the surface of the moon aboard the Lunar Module Falcon during the Apollo 15 mission, approximately measures 10 x 12, signed and flight-certified in blue felt tip, "Flown to the surface of the moon and returned to Earth with various crew-support items used during EVAs. Dave Scott, Apollo 15 CDR." The bag has an upper flap cover with snap closure and a labeled patch, “LM XFER,” with another on the main body reading: “SEB 32100025-303, S/N 1025.” In fine condition, with expected wear. Accompanied by a signed letter of authenticity from Scott, in part: "I hereby certify that the Apollo 15 'LM XFER' Beta Bag included with this letter was carried aboard the Lunar Module 'Falcon' to store exploration equipment and documents returned from the surface of the Moon during the first extended scientific exploration of the Moon, July 26-August 7, 1971…As the mission commander of Apollo 15, I was in charge of the handling, use and dissemination of the Flight Data File, as such, this 'LM XFER' beta bag has been in my personal collection since NASA presented it to me upon our return to Earth."

Prior to Apollo 15 landing on the moon's Hadley-Apennine region, this LM XFER Beta bag was used to transfer data cards and cue cards from the Command Module Endeavour to the Lunar Module Falcon. After completing the three lunar EVAs, the bag was then used to store various items of crew equipment that had been used on the surface of the moon, items which included: Hasselblad film magazines and camera lenses, DAC 16mm camera magazines, and a host of other crew utility items used over the course of 18 hours of lunar surface exploration. As such, the majority of these items were exposed to lunar dust and the extremes of temperate and solar radiation. Following liftoff and the subsequent rendezvous with the Endeavour, the LM XFER bag was transferred and stowed within the command module for the long voyage home. Supported by provenance direct from the mission CDR, this bag was responsible for the safe transport of several items integral to the resounding success of the Apollo 15 mission.