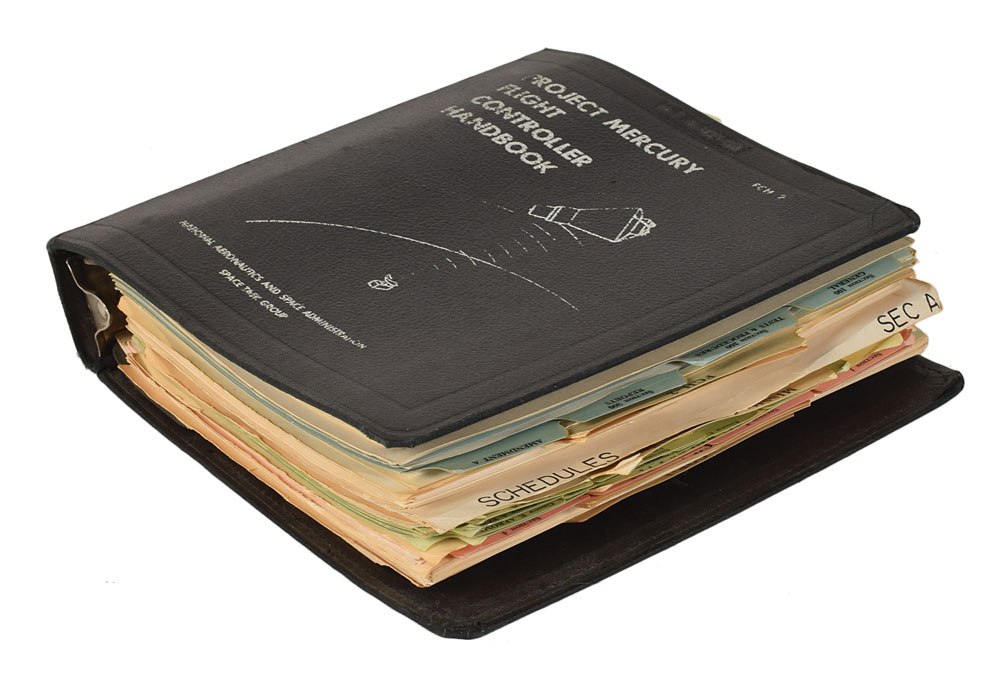 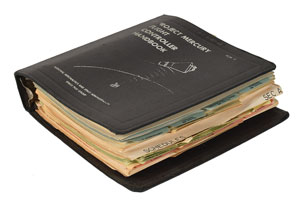 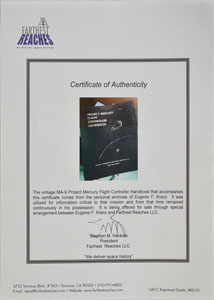 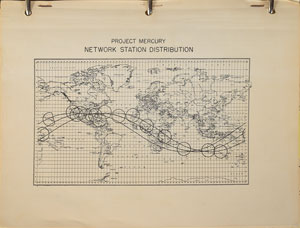 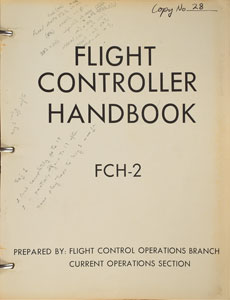 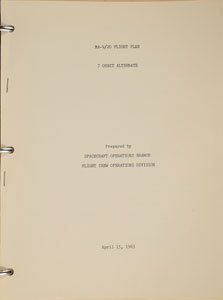 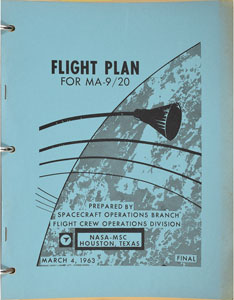 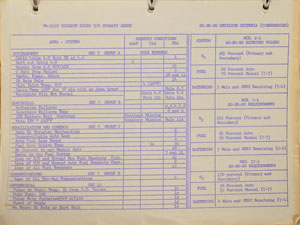 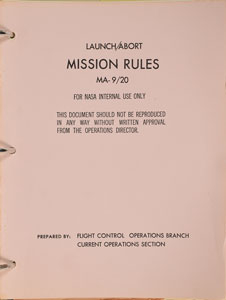 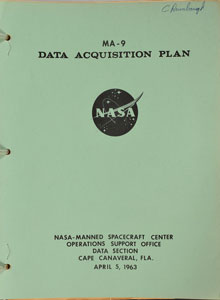 Outstanding Project Mercury Flight Controller Handbook personally-owned and -used by longtime NASA flight director Gene Kranz. Contained with its original black NASA three-ring binder, 10.5 x 11.5, the handbook is dated between December 15, 1962, and April 15, 1963, and consists of hundreds of pages worth of material related to preparations for the launch of Mercury-Atlas 9 and Gordon Cooper’s Faith 7. A preceding Project Mercury Network Station Distribution packet leads to the opening cover of the handbook, issued as “FCH-2,” with felt tip notation to upper right identifying it as “Copy No 28.” The handbook is intended to supply procedural information for the Flight Crew and the Flight Control Teams for on-site mission responsibilities, and is divided into four sections: Section 100 General, Section 200 Tests & Procedures, Section 300 Reports, and Amendment A.

The binder also includes a wealth mission specific paperwork, both general and technical in nature, and bears extensive handwritten notations throughout. A worn label on the front of the binder appears to read "Rumbaugh," possibly a fellow NASA employee and an artifact of the cooperative nature of these project binders. In fine condition, with expected wear to covers. Accompanied by a certificate of authenticity from Farthest Reaches, stating that the handbook comes from Kranz's personal archives. Despite never having ventured into space himself, Kranz arguably remains one of the most recognizable figures from the early NASA programs. Dating to the days and months leading up to the final Mercury flight, this incredible handbook was relied upon by Kranz in his role as Assistant Flight Director—he wouldn't assume the title of Flight Director until 1966 and the launch of Gemini 6. A wonderfully informative keepsake relating to the upward trajectory of a true NASA pioneer.