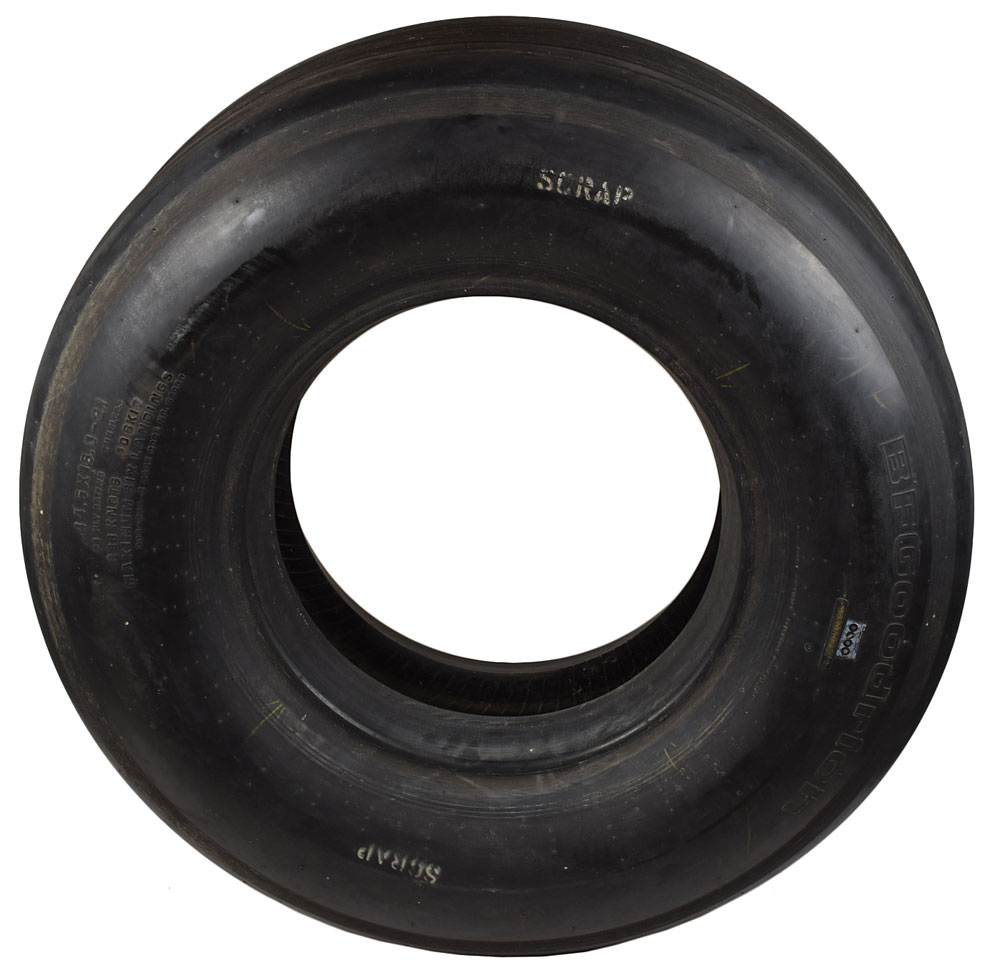 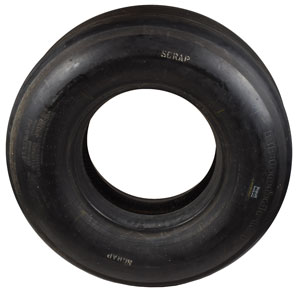 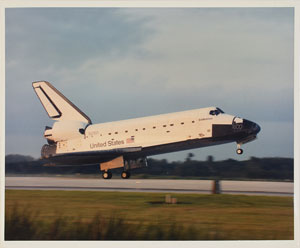 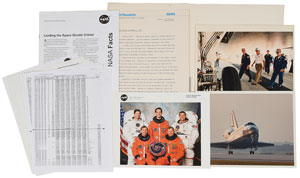 With a crew of five led by CDR David Walker, the STS-69 launched from Kennedy Space Center on September 7, 1995. Over the course of ten days, the Endeavour traveled over 4,500,000 miles and orbited the Earth an amazing 171 times. When the Orbiter touched down on the Kennedy Shuttle Landing Facility Runway on September 18th, STS-69 earned the distinction of becoming the 102th successful manned space flight in NASA's illustrious history. Not much larger than a truck tire, yet strong enough to withstand three times the load of a Boeing 747, a main gear tire of a Space Shuttle is responsible for both absorbing, and then slowing, the craft’s touchdown speed of nearly 250 miles per hour. As all STS main landing gear tires are used only one time, this example represents a unique and significant flown piece of NASA equipment, one that likewise celebrates the role BFGoodrich played throughout the shuttle program—BFGoodrich manufactured the tires for the historic STS-1 mission.

Due to the size and/or fragile nature of this item, special packing and shipping options will apply. Please call RR Auction for a quote.