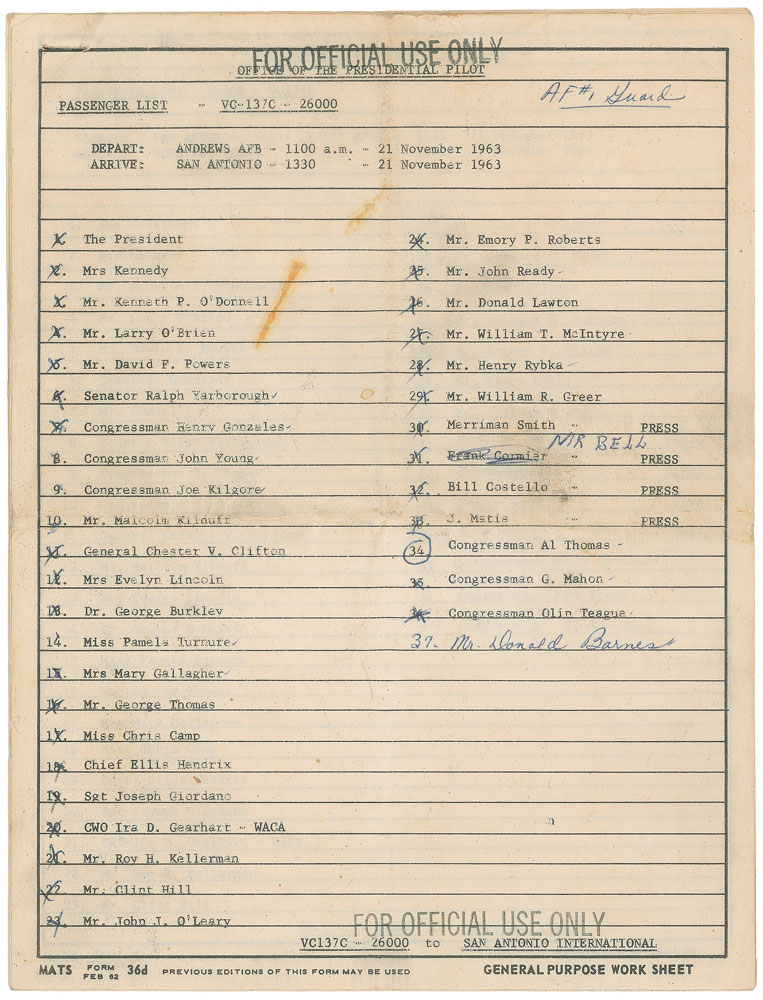 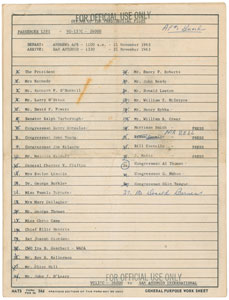 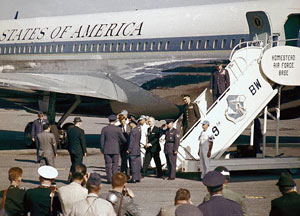 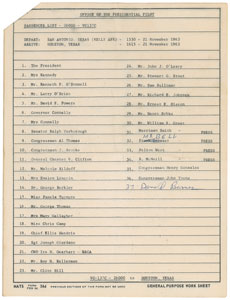 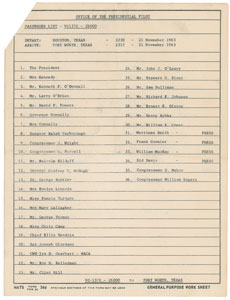 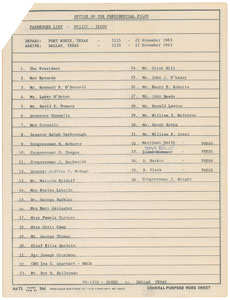 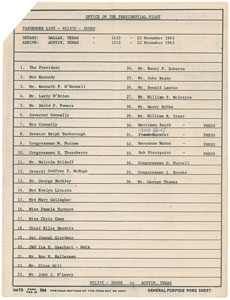 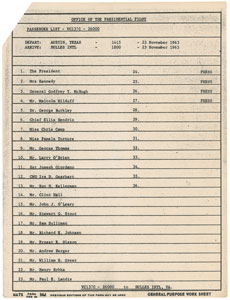 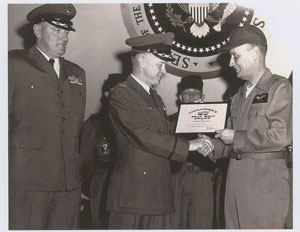 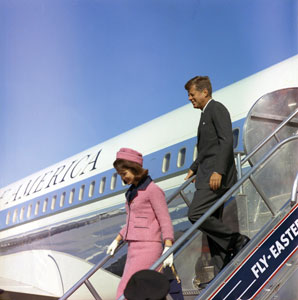 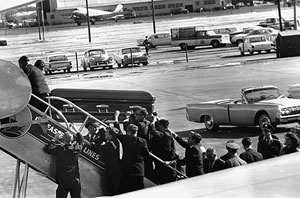 Original passenger manifest from Air Force One for Kennedy’s November 1963 trip to Texas, 8 x 10.5, six pages, November 21, 1963. The first page identifies the plane as “VC-137C - 26000,” is stamped twice, “For Official Use Only,” and bears a ball point notation, “AF #1, Guard.” First page consists of the passenger list for the flight from Andrews Air Force Base to San Antonio on November 21, with especially notable passengers including “The President,” “Mrs Kennedy,” “Mr. David F. Powers,” “Senator Ralph Yarborough,” “Mrs Evelyn Lincoln,” and “Mr. Clint Hill.” This list was evidently used as a checklist to make sure everyone made it aboard. Page two is for their next flight later that day, from San Antonio to Houston, with the notable additions of “Governor Connally” and “Mrs Connally.” Following this is the list of passengers flying from Houston to Fort Worth, set to take off at 10:30 p.m. and land 45 minutes later.

The most historic page is the fourth, for the flight from Fort Worth to Dallas on the morning of November 22, taking off at 11:15 a.m. and landing 20 minutes later at Love Field. Despite two more scheduled flights, this was the last Kennedy would take—the president was assassinated during the motorcade from Love Field to the Dallas Trade Mart. Had the trip gone as planned, Kennedy would have left Dallas for Austin at 2:35 p.m., stayed the night, and flown to Dulles International the following day at 2:15 p.m. Central vertical and horizontal folds and some soiling to the first page, otherwise fine condition. Accompanied by two LBJ pins and an LBJ-autopenned admission card to the Senate Gallery.

Originating from the estate of Sgt. Thomas Webb, the first crew chief of the Air Force One jet, a Boeing VC-137C, tail number 2600 (as indicated in this manifest), this piece is accompanied by exceptional provenance including a typed statement from Webb's son and several photos of Webb receiving distinguished awards for his service. A remarkable official piece from what would become a national day of mourning.