As "Albert" and "Papa," the recently divorced Einstein corresponds with his wife and sons: "I suppose that he will study a technical profession. He shall have all the time just as I did" 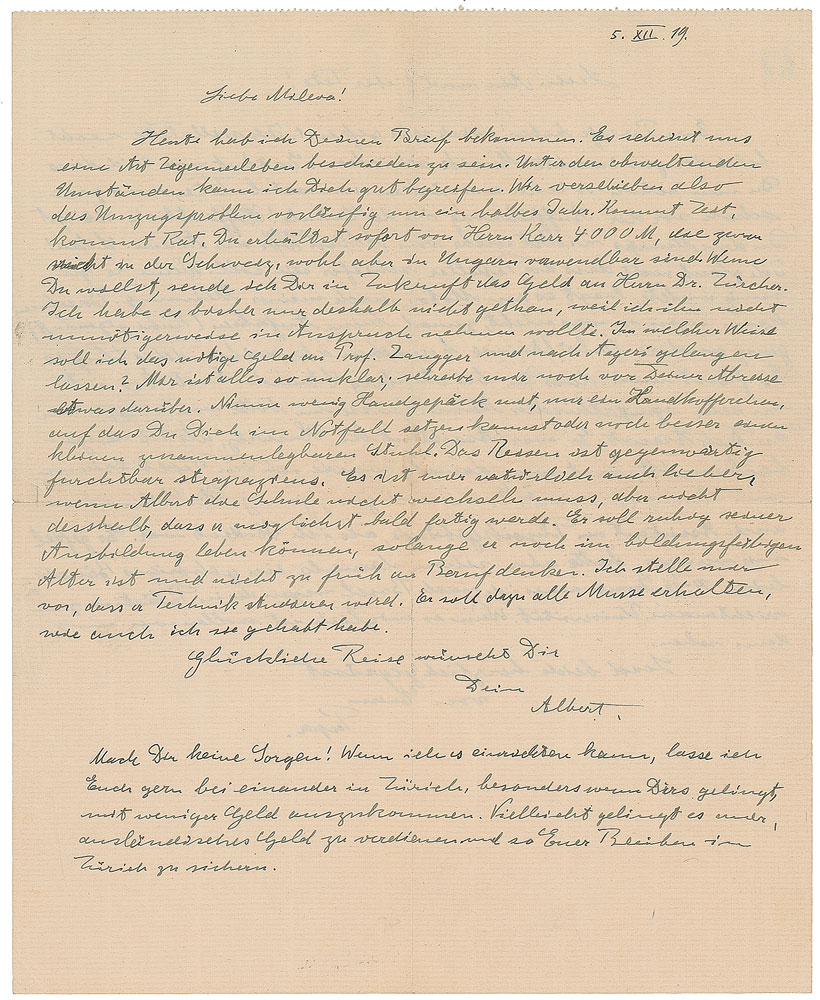 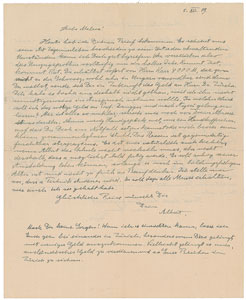 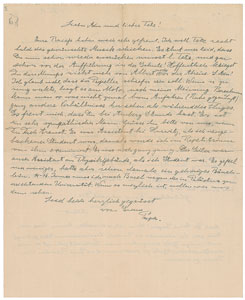 As "Albert" and "Papa," the recently divorced Einstein corresponds with his wife and sons: "I suppose that he will study a technical profession. He shall have all the time just as I did"

Remarkable ALS in German, signed “Albert” and “Papa,” one page both sides, 9 x 11, December 5, 1919. The front features a letter to his wife Mileva Maric, concerning their recent divorce and their children, in part (translated): “It seems that we are condemned to a kind of gypsy-life. Under the present circumstances I can understand you very well. So we will postpone, for the time being, the issue of moving house for half a year. Time will bring an answer. You will immediately receive 4000 DM from Mr. Karr…I also prefer, of course, that Albert will not have to change schools. Completing school as soon as possible is not a good enough reason. He should, by all means, get his education as long as he is still of an educable age and should not think of a profession too soon. I suppose that he will study a technical profession. He shall have all the time just as I did.” On the reverse he pens a letter, signed “Papa,” to his sons Hans Albert and Eduard about their education, his education, and ultimately, the education of the Jewish people in Palestine. He begins with a intriguing comments about a science a project his eldest son has undertaken: “I don't believe that the propeller should be more at a slant. If it does not have much effect it is, in my opinion, a problem with the engine. One cannot calculate something like that because during the start-up (rest versus air) the prevailing conditions are quite different from those in the course of flight.” He continues that he is "pleased that you are taking lessons from Amberg. He is a very sympathetic man...He was an assistant to Hurwitz when I was a fledgling student; at that time I was tested by him in the Repetitozimmer. He was then quite young. Seiler was also an assistant in the Physics building when I was a student. I liked him less.” At the end, he announces that he will be in Basel on January 14-16 “in connection with the planned university in Palestine.” In fine condition.

After five years of separation, Albert Einstein and Mileva Maric officially divorced in February 1919, and clearly were still working out the arrangements. Mileva would stay in Zurich, as would their boys, and Einstein supported them with nearly half of his salary; he would later place the award money from his 1921 Nobel Prize in a trust for their support. Einstein's fond letter to his sons is even more interesting, touching upon an engineering experiment and reminiscing about his own education, referring to his teachers Adolf Hurwitz and Ernst Amberg. In closing he discusses his involvement with the establishment of the Hebrew University of Jerusalem, whose cornerstone had been laid on on July 24, 1918; it would not open, however, until 1925. An exceptional handwritten letter offering details related to both Einstein's personal family life and his scientific legacy.