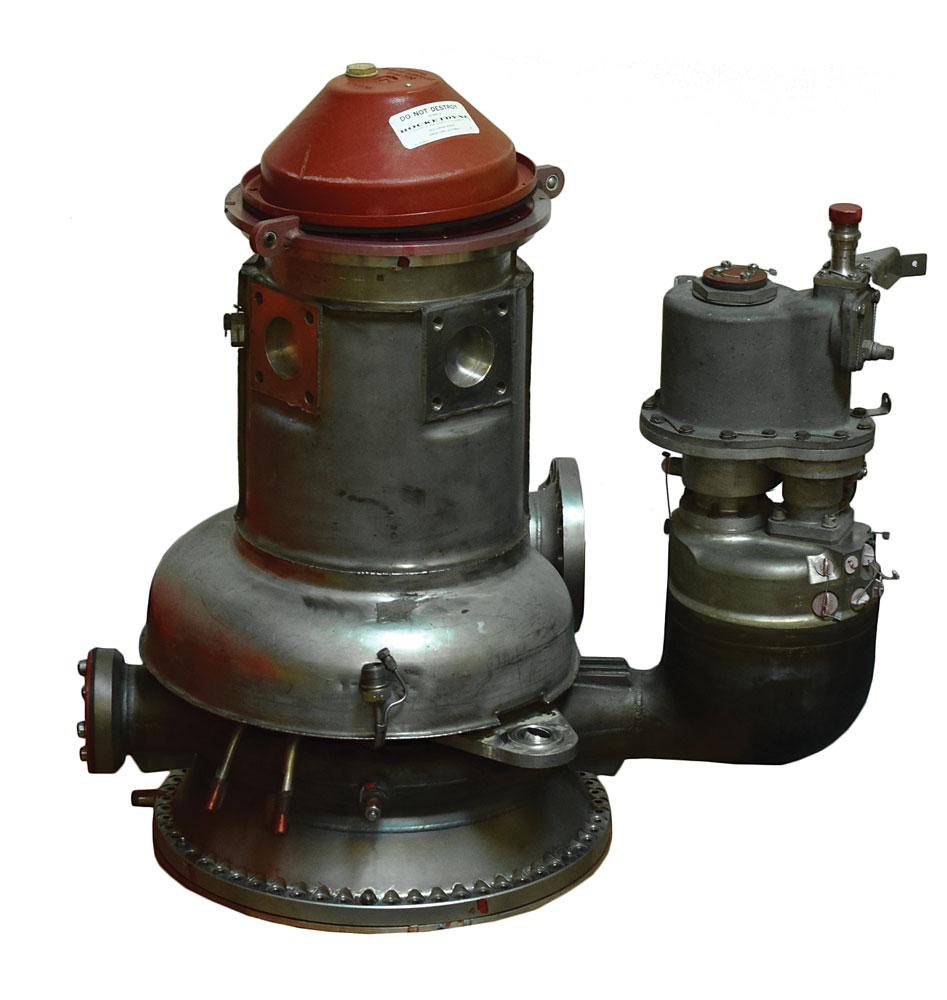 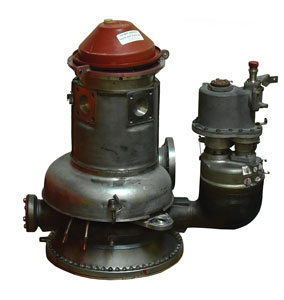 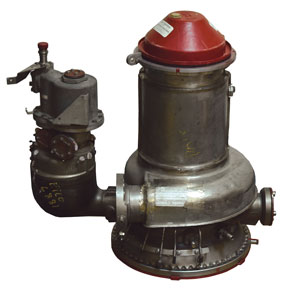 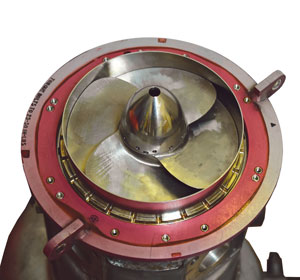 Mounted on the engine’s thrust chamber, the high-speed fuel turbopump was associated with the liquid hydrogen propellant feed system. As a turbine-driven, axial flow-pumping unit, theJ-2 assembly boosted pressure of the propellant so that it could be fed into the injector/thrust chamber at the correct rate for combustion. This was one of two on each J-2, the second of which was connected with the oxidizer side, the liquid oxygen feed system. Rocketdyne won approval to develop the J-2 in June 1960, and, nearly six years later on February 26, 1966, the engine made its dramatic debut with the launch of AS-201, the first unmanned test flight of an entire production Block I Apollo Command/Service Module and the Saturn IB launch vehicle. A significant piece of rocketry hardware dating to the very beginnings of the Apollo moon-landing program. Due to the size and/or weight of this item, this piece will need to be crated and shipped by a third party freight company.  Please contact Bobby Eaton at RR Auction for additional information.