Recovered from the tail of the Hindenburg 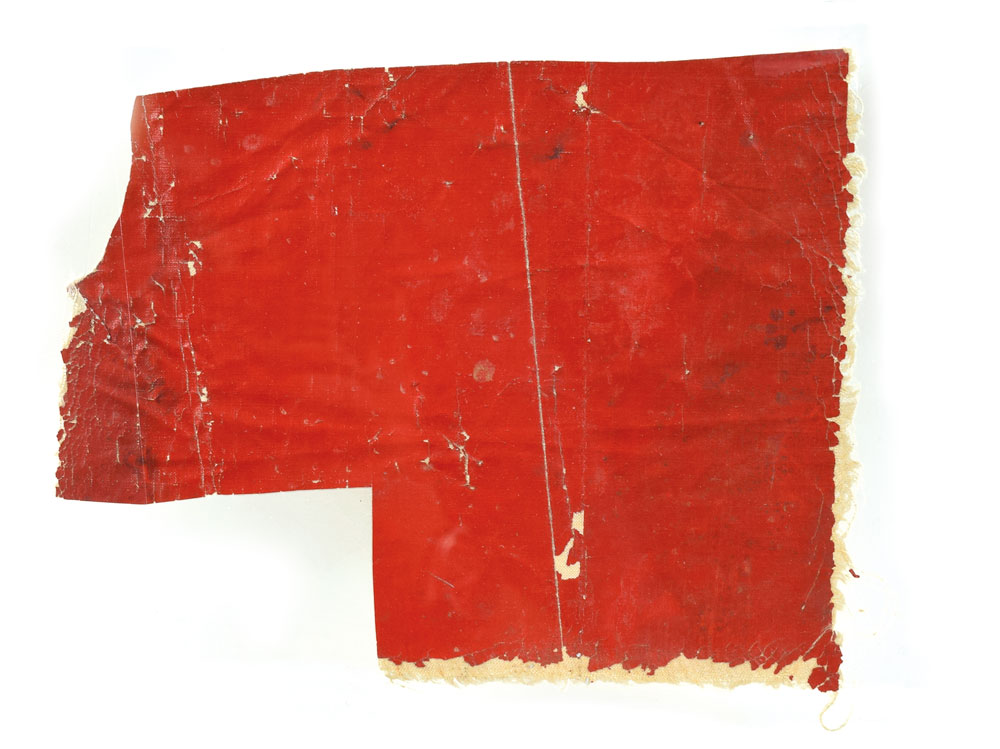 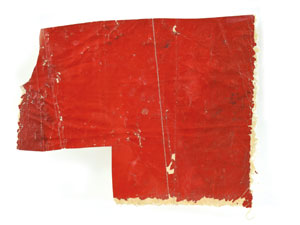 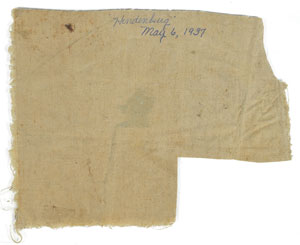 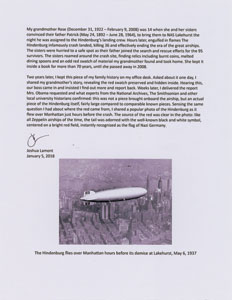 Recovered from the tail of the Hindenburg

Flown swatch of red fabric recovered from the wreckage of the Hindenburg following its disastrous explosion at Naval Air Station Lakehurst in New Jersey on May 6, 1937, originating from the red field of the Nazi flags on the airship's tail. The unusually large swatch measures 6.25 x 5 and is annotated on the reverse in ballpoint, "Hindenburg, May 6, 1937." It was recovered by the teenage Rosemary Dowling, who was on the ground with her sisters; her father Patrick was among the naval crew working to dock the airship when it exploded. In fine condition, with expected wear and soiling.

Accompanied by a provenance statement from Rosemary Dowling's grandson, former Obama White House aide Joshua Lamont. He writes, in full: "My grandmother Rose (December 31, 1922 - February 9, 2008) was 14 when she and her sisters convinced their father Patrick (May 24, 1892 - June 28, 1964), to bring them to NAS Lakehurst the night he was assigned to the Hindenburg’s landing crew. Hours later, engulfed in flames The Hindenburg infamously crash landed, killing 36 and effectively ending the era of the great airships. The sisters were hurried to a safe spot as their father joined the search and rescue efforts for the 95 survivors. The sisters roamed around the crash site, finding relics including burnt coins, melted dining spoons and an odd red swatch of material my grandmother found and took home. She kept it inside a book for more than 70 years, until she passed away in 2008.

Two years later, I kept this piece of my family history on my office desk. Asked about it one day, I shared my grandmother’s story, revealing the red swatch preserved and hidden inside. Hearing this, our boss came in and insisted I find out more and report back. Weeks later, I delivered the report Mrs. Obama requested and what experts from the National Archives, The Smithsonian and other local university historians confirmed: this was not a piece brought onboard the airship, but an actual piece of the Hindenburg itself, fairly large compared to comparable known pieces. Sensing the same question I had about where the red came from, I shared a popular photo of the Hindenburg as it flew over Manhattan just hours before the crash. The source of the red was clear in the photo: like all Zeppelin airships of the time, the tail was adorned with the well-known black and white symbol, centered on a bright red field, instantly recognized as the flag of Nazi Germany."